Walking the Doona Beaches near Ballycroy 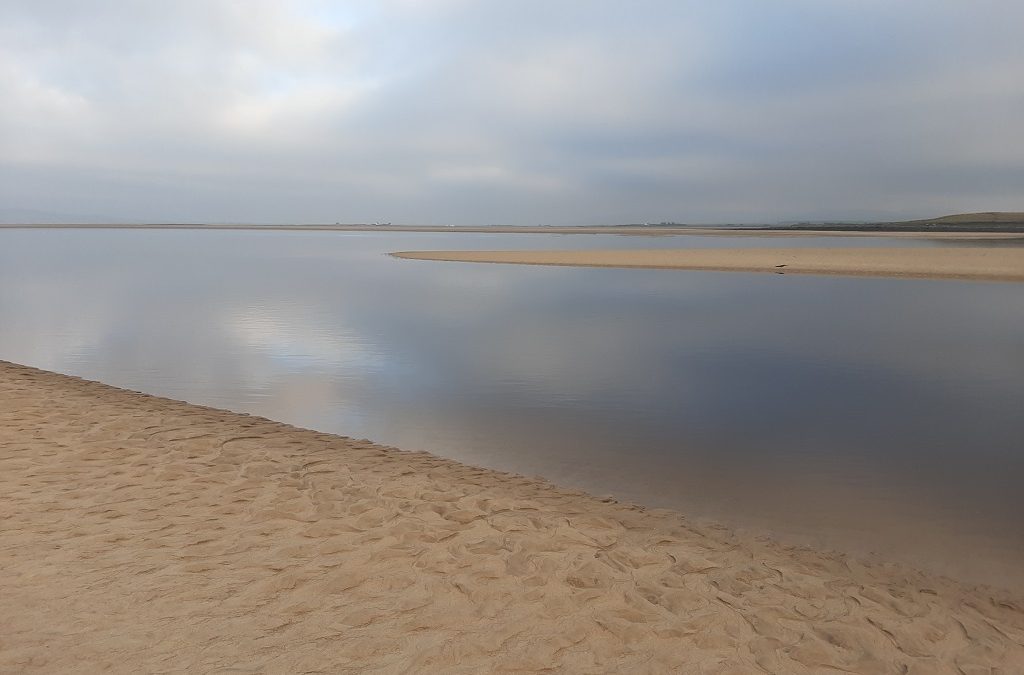 Making the most of this bizarrely mild December weather, I decided to go walking the Doona beaches near Ballycroy.

Taking a left turn off the N59 just south of Ballycroy, I headed first for the long-ruined Fahy Church, out by the sea, where I parked the car. This little medieval structure was already in ruin by the time of the first edition 6-inch maps, created during the 1830s and 1840s. Constructed using beautiful pink sandstone, it boasts a nice east window frame and doorways in both the north and south walls. Over the centuries,  the ground level inside has been significantly raised, due to successive burials within. 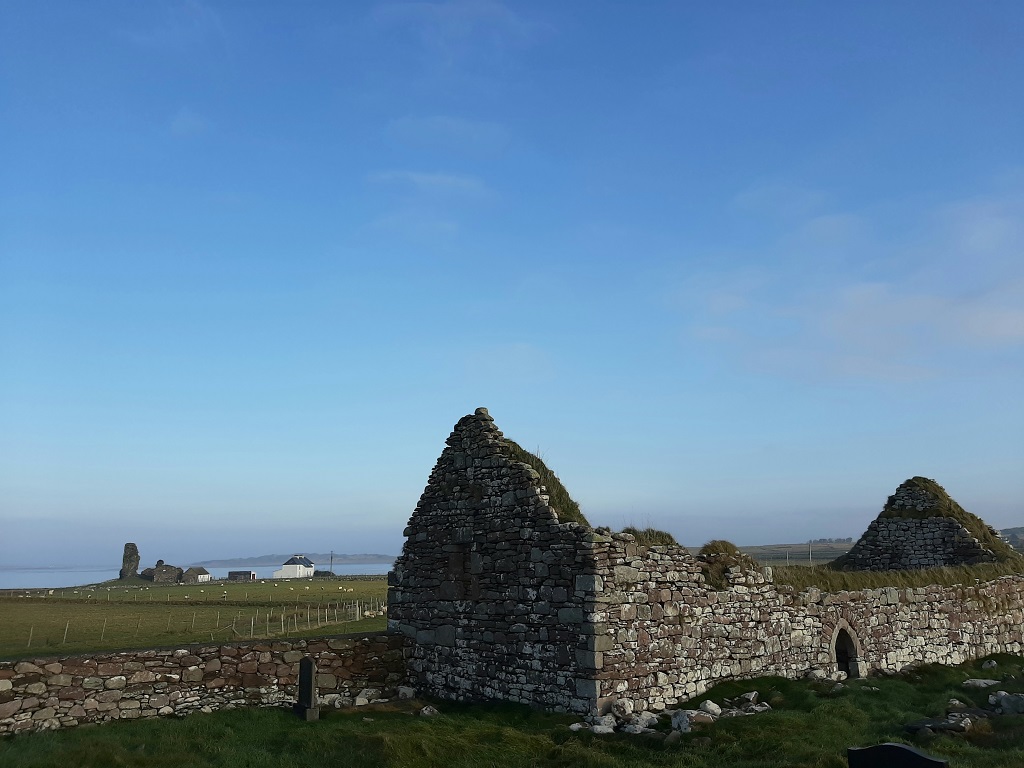 Leaving the church and its graveyard, I retrace the quiet laneway back towards Fahy (Doona) Castle, scene of one of the more well-known episodes of the Spanish Armada in Ireland.

It was to this castle that Don Alonso de Leiva and his men from La Rata Santa Maria Encoronada repaired for shelter in late September 1588, after she had run aground on Tullaghan sandbar. The Spaniards would later board the Duquesa Santa Ana at Elly Bay, then transfer to La Girona in Killybegs, before almost all perished on the rocks of North Antrim. Those aboard La Rata included one Irishman, who later described de Leiva thus :

“His stature was tall and slender, of a whitely complexion, of a flaxen and smooth hair, of behaviour mild and temperate, of speech good and deliberate, greatly reverenced not only by his men, but generally of all the whole company”

You can read more about the fate of Spanish Armada ships in Mayo’s stormy waters in this post. 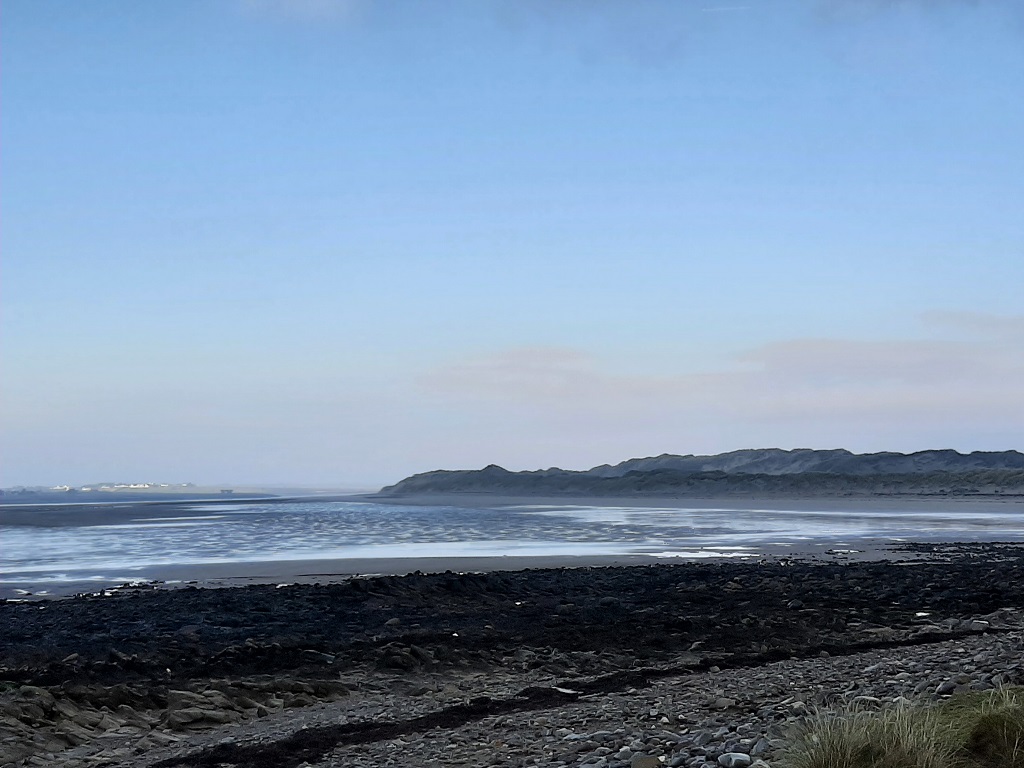 A short grass track brings us to the beach and the start of a wonderful 7km loop that will bring us out along the Doona peninsula, across its wonderful sand dunes and back. You should aim to commence this enjoyable hike at or soon after low tide. Having said that, do not try to cut across where water rushes in, but rather stick to the beach itself.

Birds abound as I proceed, including approx. 120 Ringed Plovers, as well as Curlews, Rock Pipits, Ravens, Pied Wagtails, 2 Great Northern Divers, 4 Brent Geese and various gulls. At one point, I stumble upon a Peregrine kill site – always a delight to see. 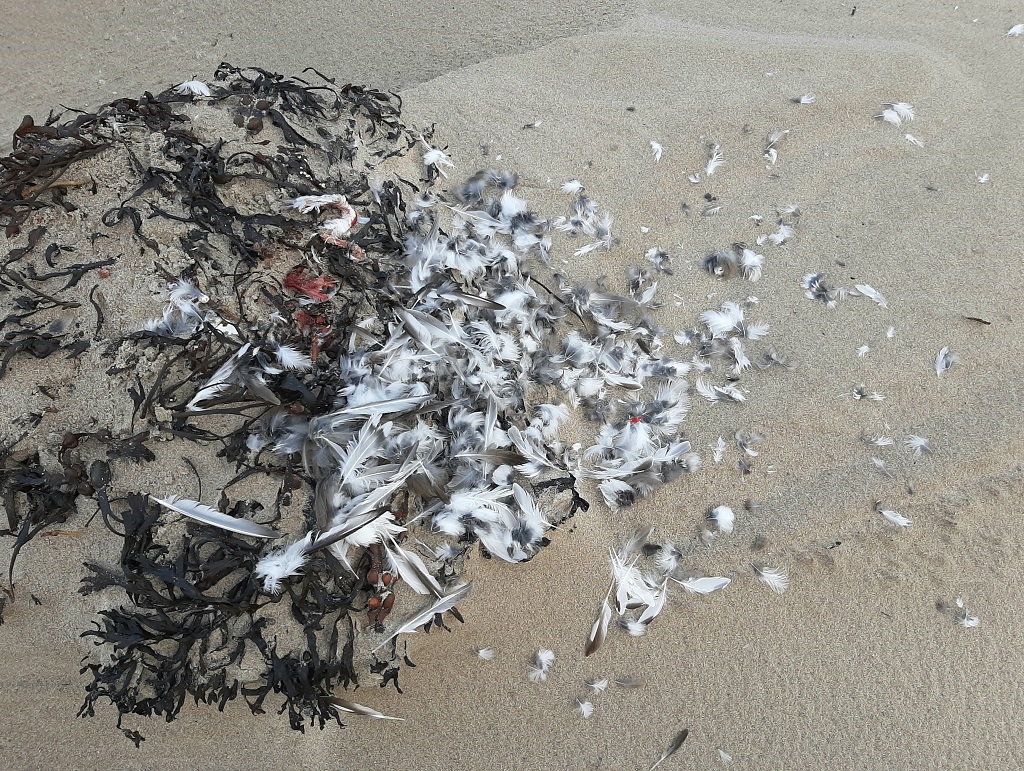 The beach brings us out towards where the Oweninny and Owenduff Rivers enter Tullaghan Bay, at a wonderful spot where water and sand meet in a labyrinth of channels and sandbars. It’s a beautiful place, best appreciated around 2 hours after low tide.

Having rounded the point, now heading back inland on the far side of the peninsula with the Owenduff channels on your left, do look out above you for fencing on the sand dunes. When you first spot it, do not proceed further along the beach. Instead, climb up and traverse the dunes towards where you came from earlier, in a roughly westward direction. When you recover the beach at the far side, turn left and return to your car the way you came.

Walking the Doona Beaches near Ballycroy

Approx. 7.5km; 2.5 hours, including regular stops to observe the birds.

If you’re looking for a coffee or soup after this pleasant walk, head to the nearby National Park visitor centre, although you may need to check if it is open during winter months. Visit https://www.wildnephinnationalpark.ie/visit-us/tearoom/. 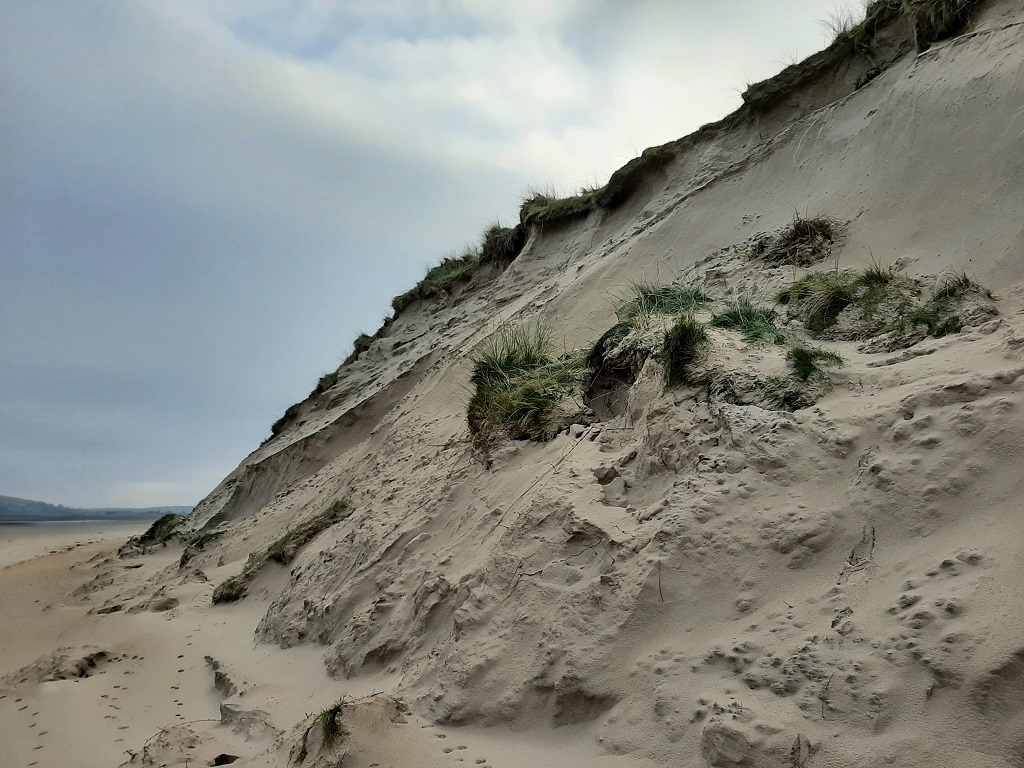