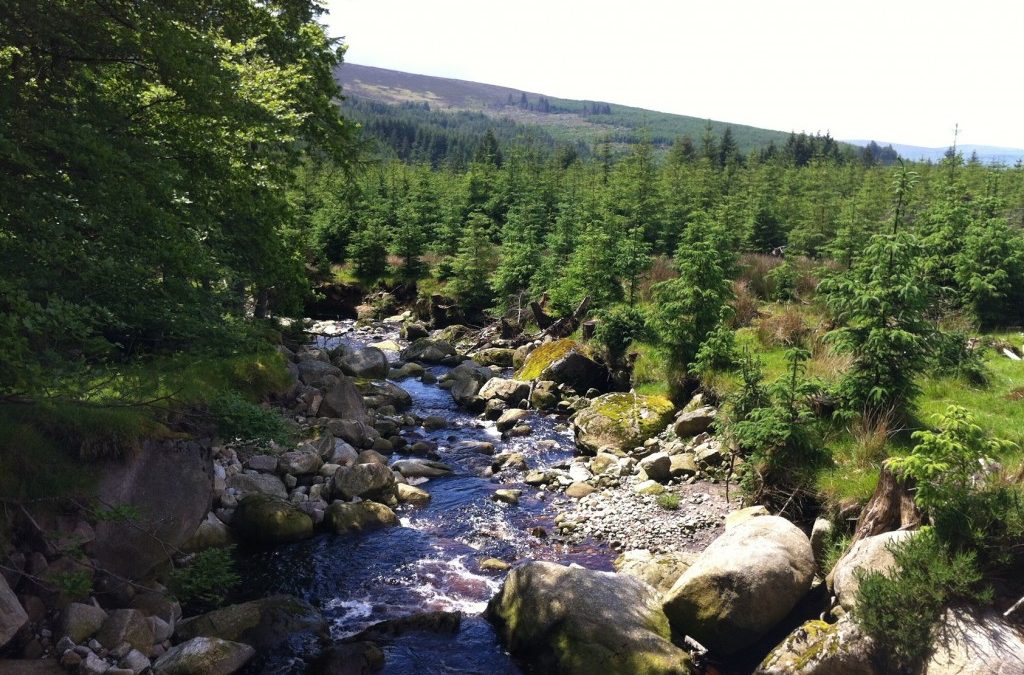 St Kevins Way in Wicklow was the target as I left Mayo in the dead of night recently. A supposed pilgrim’s path, St Kevins Way travels some 25 km from Hollywood in the east of the county, over the Wicklow Gap and down into Glendalough, the great monastic city of the Wicklow mountains.

While this walk travels mainly along small roads, laneways and forest tracks, with nice stretches alongside both the Kings and Glendasan Rivers, nevertheless it suffers from being too much on tarmac. Around 13 km, or over half of the total, is on tarmac. This is unfortunate, given that much of the land traversed would appear to belong to Coillte and some sections could quite easily (I imagine) be taken off-road. There is nothing pleasant at all in having to walk on the busy R756. 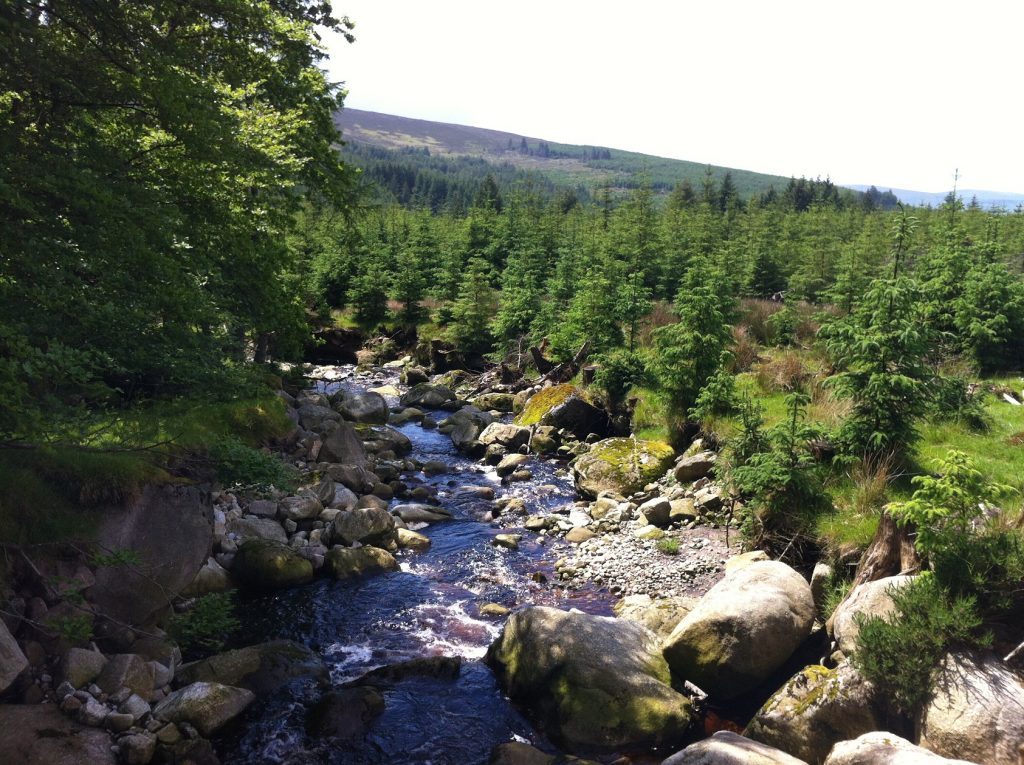 The highlights are undoubtedly the boulder-strewn mountain rivers along the banks of which some of the walk takes us. These are lovely, with their Bracken-covered banks and Oak trees. While we walk against the flow of Kings River, as it descends from the Wicklow Gap towards Poulaphuca Reservoir, we walk with that of Glendasan River, as it runs down into Glendalough from above. 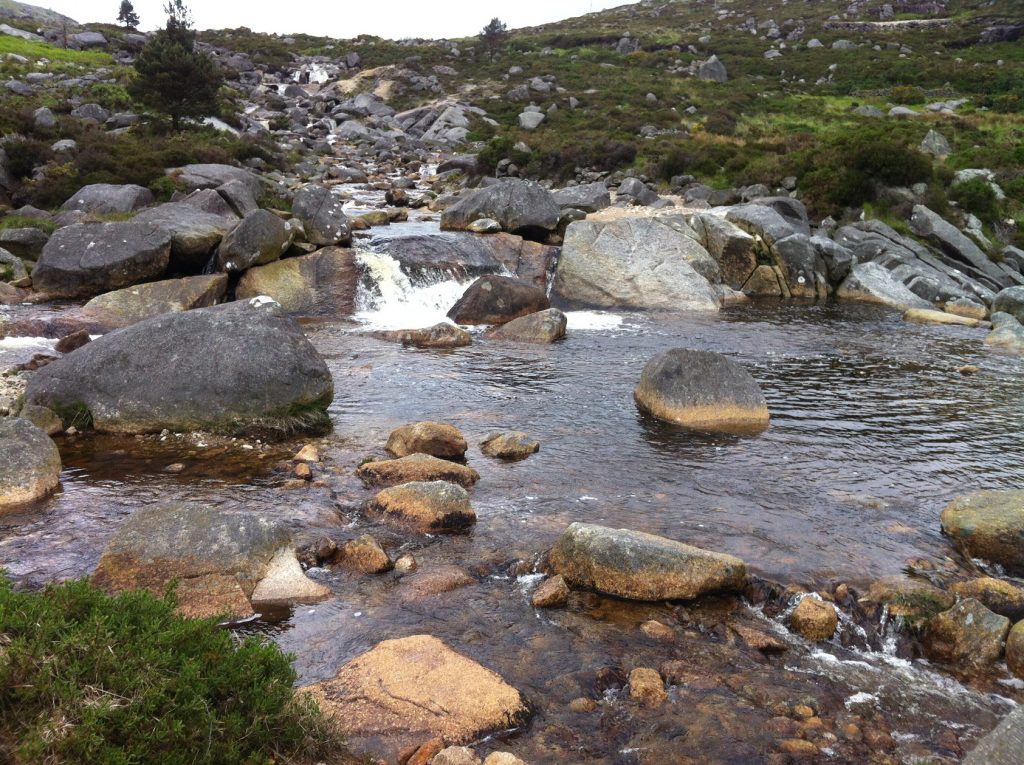 The disused lead mines above Glendalough provide a glimpse of Ireland’s mini industrial past, but the unfortunate slag heaps remain a scar on the landscape to this day. The mines operated on and off from the early 19th Century until the 1950s. Learn more about Glendalough Mines.

St Kevins Way should, in my opinion, offer an alternative approach to Glendalough that would leave its current path after the mines and head over the eastern shoulder of Camaderry down to the Upper Lake. This would provide a much more spectacular and altogether more satisfying entrance into Glendalough than the existing tame route that doesn’t show off the beauty of the valley.