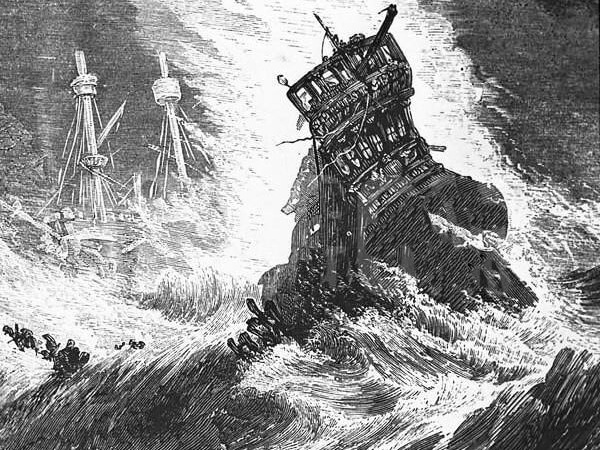 In May 1588, King Philip II of Spain sent his armada of ships towards the English Channel, under the command of Alonso Pérez de Gúzman, Duke of Medina-Sidonia (a municipality near Cádiz in Andalusia). Of the 130 or 132 that departed the ports of Spain (and today’s Portugal), just 67 would ever see home again. The connection between the Spanish Armada and Mayo is a story of wrecked ships and substantial loss of life.

“Take heed lest you fall upon the island of Ireland, for fear of the damage that might befall you upon that coast”

Having failed to achieve their objective of collecting soldiers in Spanish Netherlands (today’s Belgium) and invading England, what was left of the armada fleet headed north into the North Sea, then west around Scotland and down along the west coast of Ireland, aiming for A Coruña and safety. Many no longer had anchors, having cut them loose in trying to escape England’s fireships at Calais. Of the 65 ships lost, whether due to damage from battle or weather, somewhere between 17 and 24 ships are believed to have met their end in stormy waters around Ireland. Perhaps 5 of them lie off Mayo. 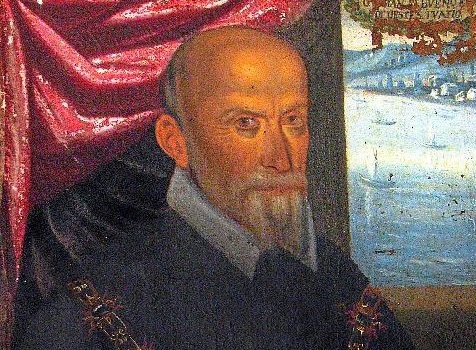 Spanish Armada and Mayo – the ships

Ran aground at Fahy Strand, Ballycroy.

Smashed on rocks at Clare Island.

Possibly ran aground within Broadhaven Bay, perhaps at Inver or Toorglass.

There were several ships of this name in the armada, one of which may have been lost off Mayo, possibly in Clew Bay, south of Corraun or by Burrishoole.

Another ship, the Nuestra Señora de Begoña, is said to have entered Broadhaven Bay. However, she proceeded southwards and reached Spain safely.

Of all the stories concerning ships of the Spanish Armada and Mayo, this seems the most concrete. Probably already damaged at some stage, whether during the battles off south-east England or later due to weather and conditions at sea, the Rata was blown into Tullaghan Bay, an inner water of Blacksod Bay. She ran aground at Fahy Strand, near Ballycroy, on September 21st, 1588. The crew is said to have burned the ship to avoid its salvage by the British and headed to nearby Fahy (Doona) Castle. The captain, Don Alonso de Leiva, eventually met up with survivors from other ships (presumably including the one that ran aground at Inver / Toorglass) and they made their way to Donegal on board the Duquesa Santa Ana, which had moored in Blacksod Bay and was still seaworthy.

However, the Duquesa floundered in Donegal’s Loughros More Bay. Its men trudged across bog and hill before boarding the Girona, moored at Killybegs, apparently with rudder damage. Rather than heading west and south to Spain, they decided to aim for Scotland, a Catholic country, but crashed on rocks off Lacada Point in Co. Antrim, with the loss of all but 9 of the estimated 1,300 men on board.

In his book, Downfall of the Spanish Armada in Ireland, Ken Douglas identifies 23 ships wrecked in Ireland and estimates the total losses at around 5,000 men, of which the following are attributed to the Mayo boats :

Very little is known as a matter of fact about the fate of armada ships (and their men) that attempted to sail down the West of Ireland coast. There are several issues. First, there are very few contemporary records still extant, if indeed any ever existed. Second, numerous ships had similar names, some in Portuguese and some in Spanish, and names have been ‘warped’ over time and through translations into English or French. Third, so many ships have no record whatsoever as to their fate that this can add to the confusion about those that appear to.

Regarding the number of men lost, the musters taken at Lisbon and A Coruña differ, plus many would have been transferred between ships at various stages of the disastrous expedition. In addition, Richard Bingham, Governor of Connacht at that time, may have captured and killed unknown numbers of Spaniards and their Irish sympathisers, so the figures given above can be taken only as rough estimates.

Fahy Strand and Castle are just west of Ballycroy

If you’re in the area, don’t forget to visit Ballycroy National Park. If you’re into hill walking, you could choose to climb Slieve Carr, Ireland’s most remote mountain.