The Sheeffry Hills may not come to mind when planning a day’s hillwalking in the West of Ireland. Yet they should certainly be considered.

With their high point of 772 m at Barrclashcame towards the western end of the plateau, the Sheeffrys offer a very pleasant day’s hiking that is not terribly strenuous, yet reaches a very respectable altitude. Mayo’s third highest mountain (see my post on Mayo’s highest mountains) and higher than any point in Galway, Barrclashcame should not be ignored. 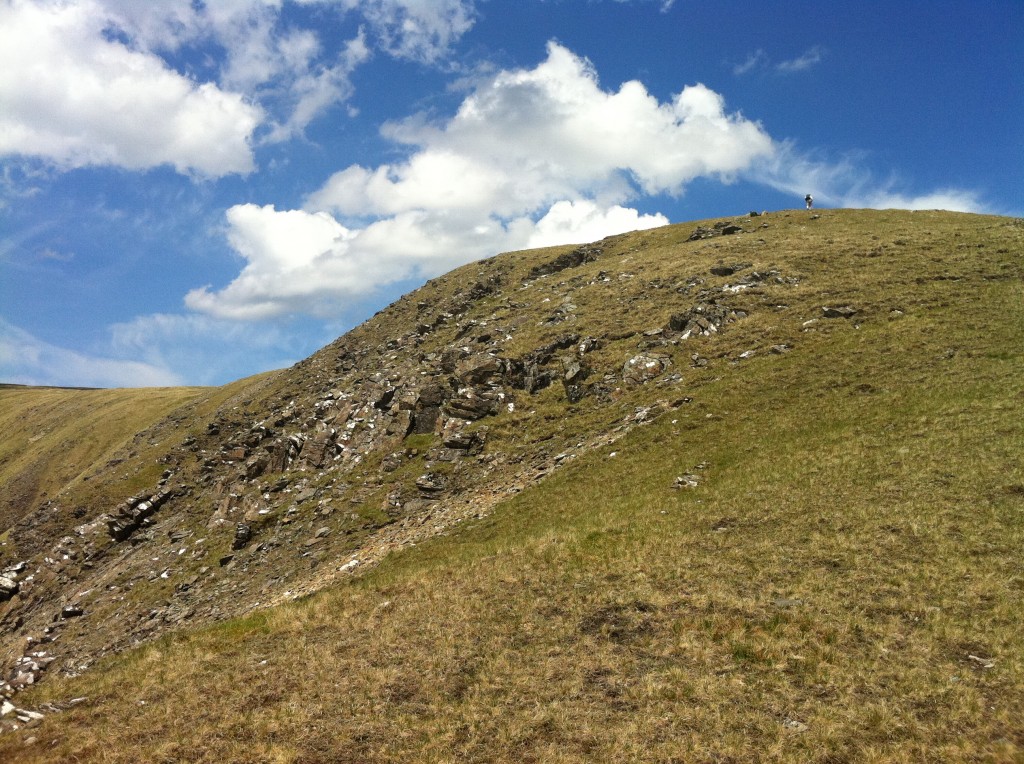 What is nice about the Sheeffrys for the walker is that, once the initial pull has been managed – which is up the grassy south-facing slopes – the top is a plateau offering fantastic views in all directions. On several occasions, I have been able to see all the way around from Donegal’s coast to that of Clare, with the distinctive abrupt end of Ben Bulben in between. The Nephin Begs, Corraun, Clare and Achill Islands dominate to the north, with great views of Croagh Patrick and the outer Clew Bay (you cannot see any of the inner “365” islands, hidden behind the bulk of the “holy mountain”).

Standing at the western end of the plateau, where the descent is best left untried, you won’t forget the views down to Doo, Fin and Glencullin Loughs, or across those bodies of water to Mweelrea beyond. At various stages along the walk, cast your eyes to the south and enjoy Tawnyard Lough, Maumtrasna, Devilsmother, Ben Gorm, The Killary, the Maumturks and the Twelve Bens. Truly, the views from the Sheeffry Mountains are among the very best anywhere in Ireland. Spectacular scenery. 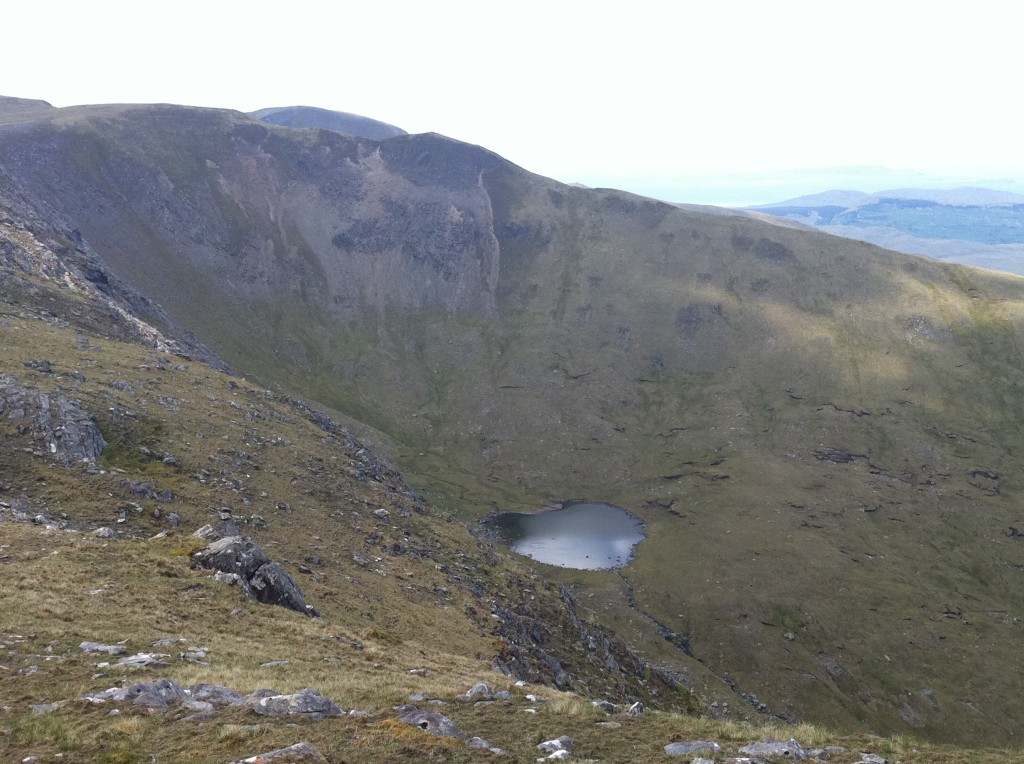 The range can be accessed via its grassy slopes to the south, while excellent corries encompassed by nice scree-strewn cliffs on its northern side are somewhat less welcoming. Walking east to west along the top of the Sheeffry Hills plateau from whichever of several entry points chosen, the walker enjoys the corrie lake of Lough Brawn, the two unnamed lakes on the top, one of which is in the shape of a banana and the nice, but harmless, ridge separating the scree-strewn northern slopes from their more grassy and less steep southern brothers.

Indeed, the range can now also be accessed on its eastern extremity from the section of the Western Way that has recently been taken off-road. This brings the walker north from Tawnyard Lough and up by Tawny Rower. Another option is to avoid this (lower) area to the east and ascend from the south, up the long southeast spur. Points 742m and 762m can be visited on the way across to Barrclashcame.

Descend southwards (not westwards) from near the western extreme, heading towards the Scots Pines and wall near the south-eastern corner of Doo Lough, where the bridge crosses the Glenummera River just north of the junction between the Louisburgh to Leenane Road and that coming in from Drummin.