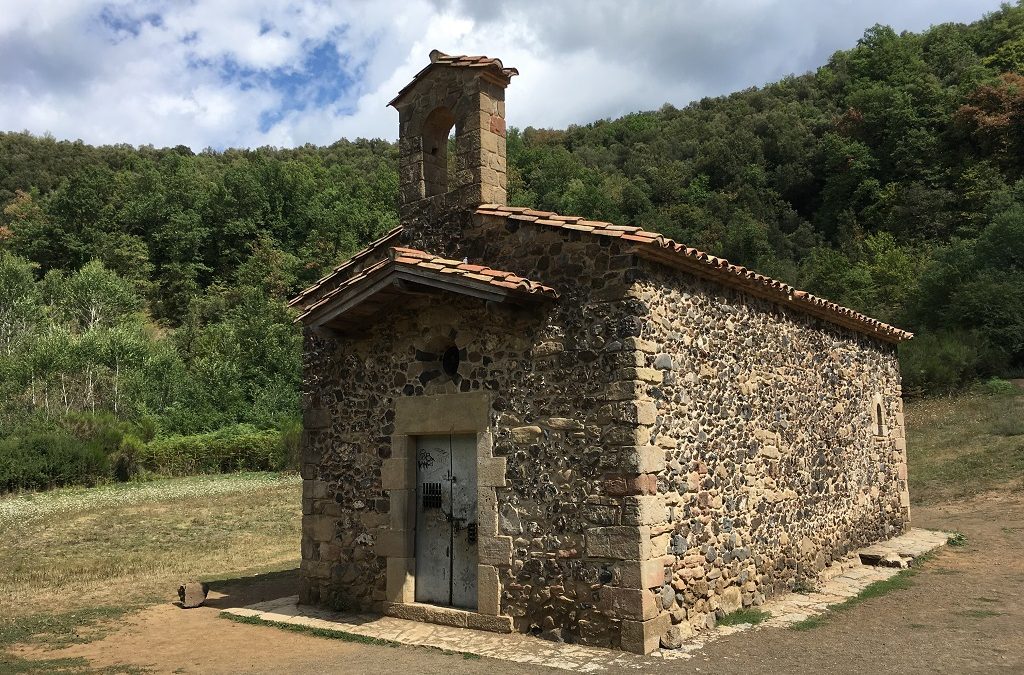 As we reach the lower slopes of Santa Margarida volcano, we’re some 3 ½ hours and 9 km into our first day of beautiful, easy-going walking in Catalunya.

With barely anybody else around and lovely shade-giving trees as constant companions, we’re already wonderfully relaxed and in the moment, as we ramble along mostly forest trails.

With a perimeter of around 3km, this is a very nice dormant volcano, its slopes now covered in a native forest of predominantly oak and beech. 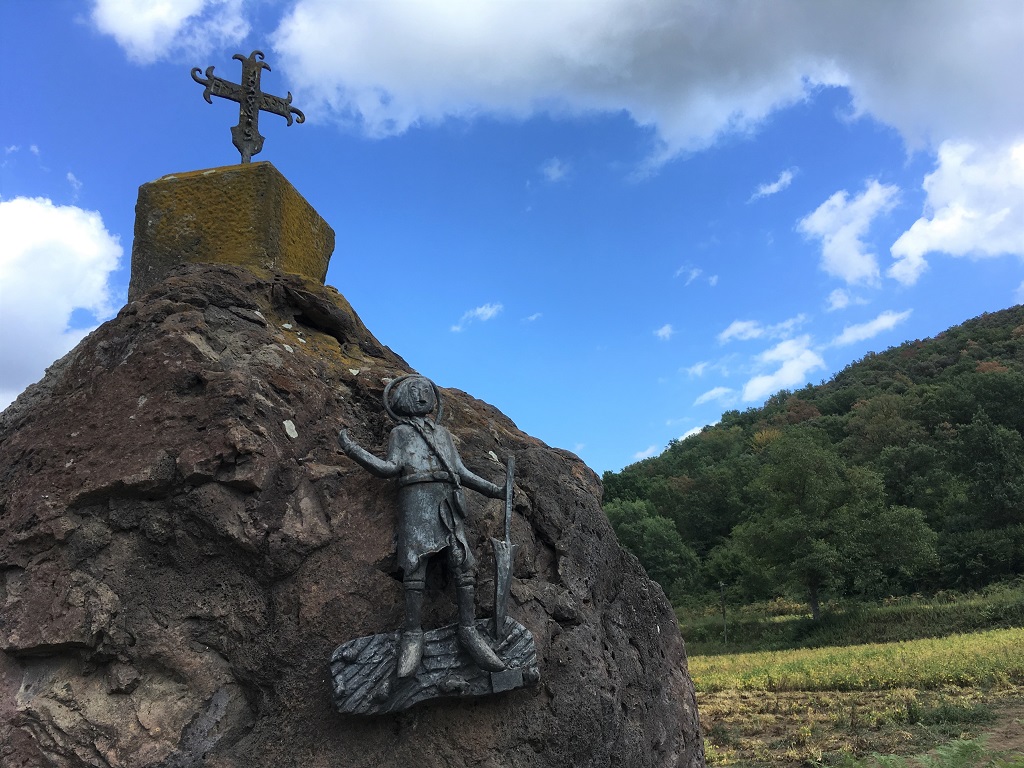 We’ve walked 2km from the Ermita de Sant Miquel de Sacot up to the rim of the volcano and down into its crater to see the isolated little chapel of Santa Margarida. While the volcano hasn’t erupted in some 11,000 years, it’s still very pleasant to stroll around, in particular observing the ash layers in the walls of the cone as we descend.

An earlier chapel that once stood inside the volcano was destroyed in a 15th Century earthquake that rocked the area, with the current edition dating from the 1860s. Indeed, numerous earthquakes shook Catalunya during 1427 and 1428, both north and south of today’s French border. The series culminated in widespread destruction from the quake of 2 February 1428, rated IX on the 10-point Earthquake Intensity Scale, its epicentre just 24km north of here at Camprodon.

Today, though locals relax on the lovely autumn meadow all around, the chapel is unfortunately not open for visits. No matter. 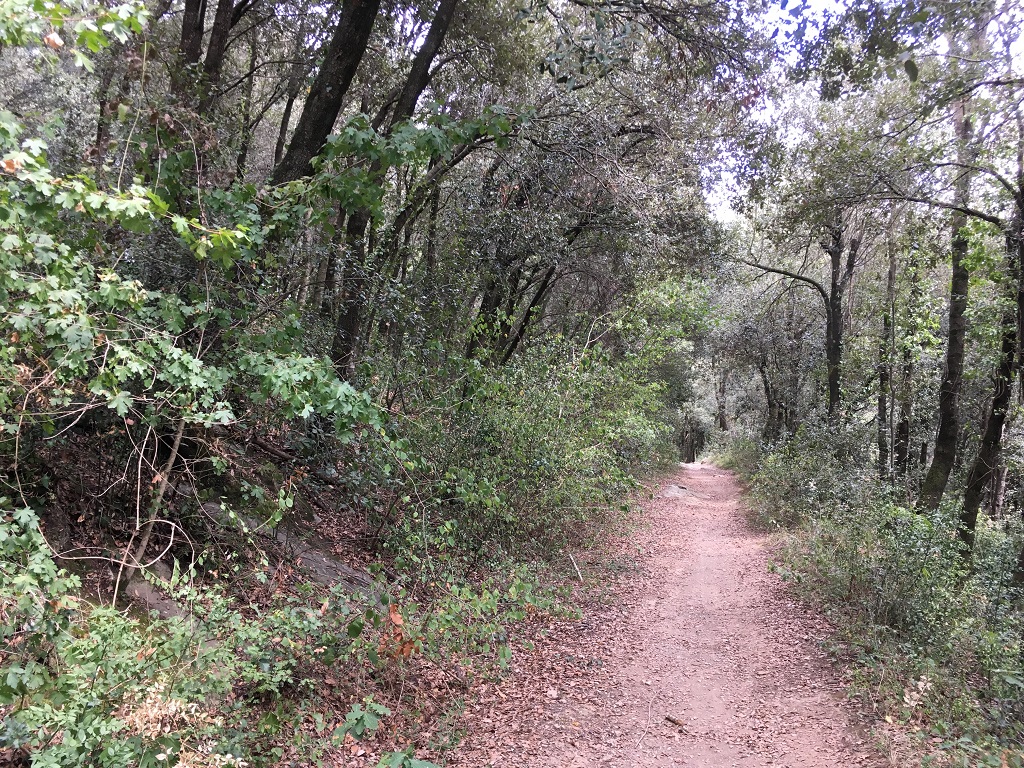 Back out of the cone, we continue our lovely day towards the small medieval village of Santa Pau, a further 5km to the east.

There’s a bar there, serving cool beers. We haven’t a care in the world…

This volcano visit marks the highlight of day one of our guided walking week in Catalunya that runs each September. On this day, we hike 15km over 5 or 6 hours, always at a relaxed pace with plenty stops along the way.

If you would like to receive the brochure for our next edition, please drop me an email by clicking here.

Read more about the full week on the tour page, here. 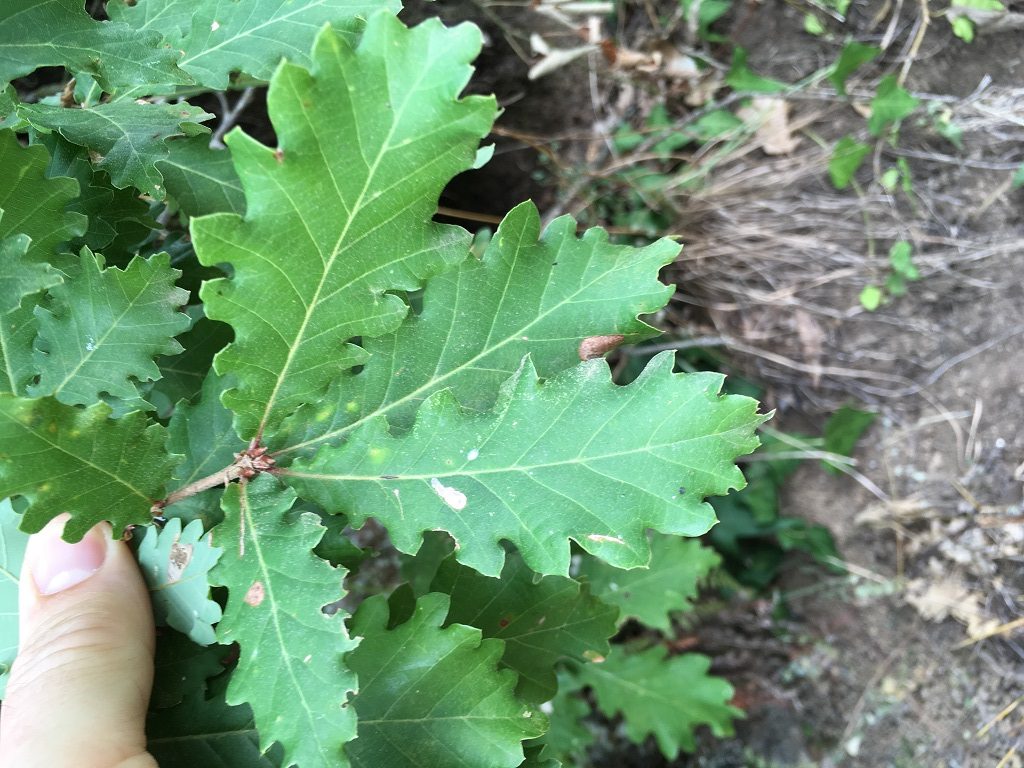