Round Towers of County Mayo 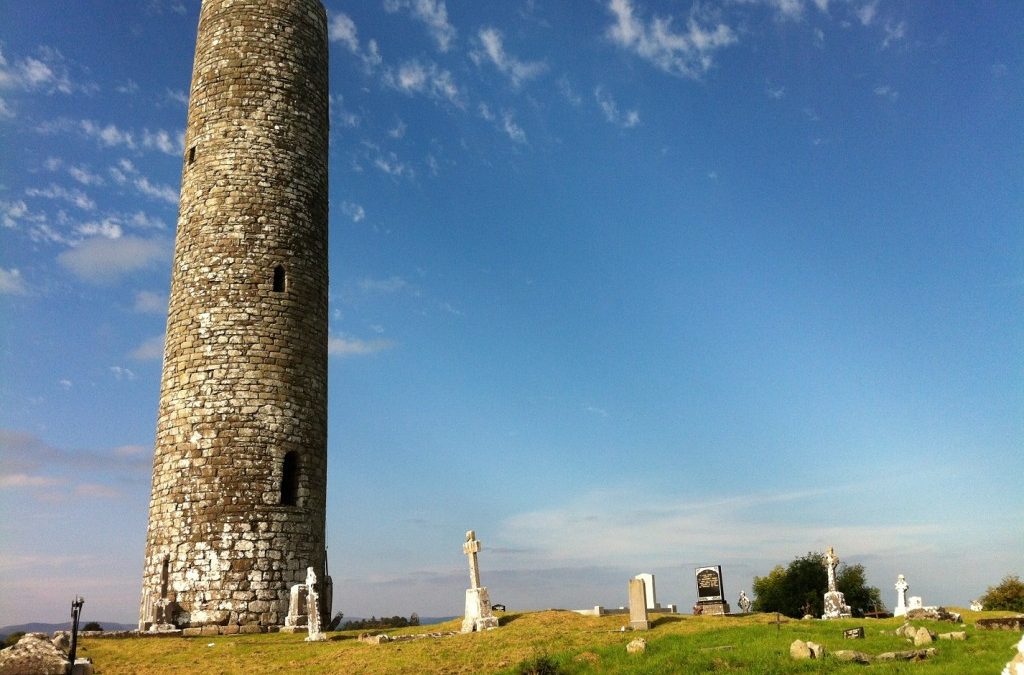 Of the 60-odd Irish round towers remaining, in various states of repair, 5 are to be found in County Mayo. Round towers are believed to have been built around the 8th to 12th Centuries and were most probably bell towers associated with the church that would have stood alongside. Famously, they have a doorway set several metres above ground level and a few window slits inserted into the stone walls higher up. Window slits tend to be dispersed one per floor, with four at the top floor, in under the conical roof. The top floor windows tend to be larger than the others on the way up, presumably to let the sound of the bell be better heard and are generally (more or less) set in the cardinal directions. 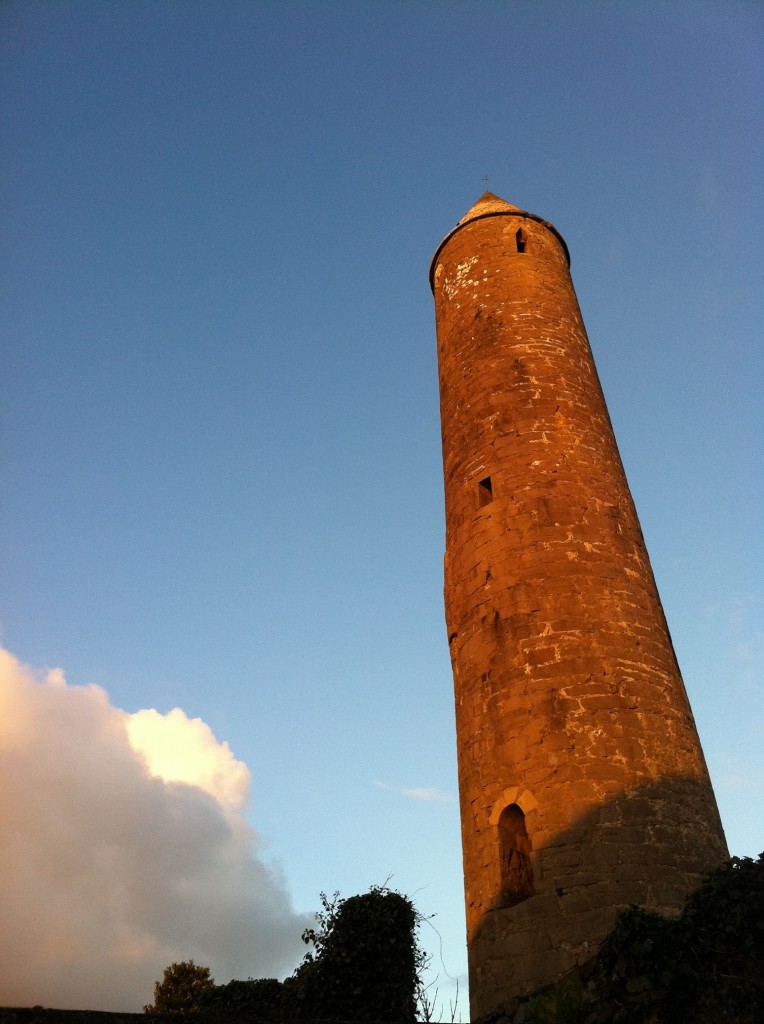 Magnificent relics of medieval Christian Ireland, our round towers are superb examples of medieval stone masonry. Perhaps they are the architectural structures that most symbolise Ireland?

While presumably primarily for bell ringing, I can easily imagine these early medieval monks spending time alone in one of the tiny upper floors, crouched beside the single window slit to one side, a lit candle to the other, perhaps reading scripture or working on a new codex. I admit I can less easily imagine the towers being used as hideaways, in case of attack.

Round Towers of County Mayo

Mayo’s round towers are at Aughagower, Balla, Killala, Meelick and Turlough.

Aughagower : Standing 16m high, this partial tower had a second door cut into it at ground level in recent centuries, allowing the visitor to access it and look up into its interior. It is roofless. Extensive ecclesiastical ruins adjoin this tower. 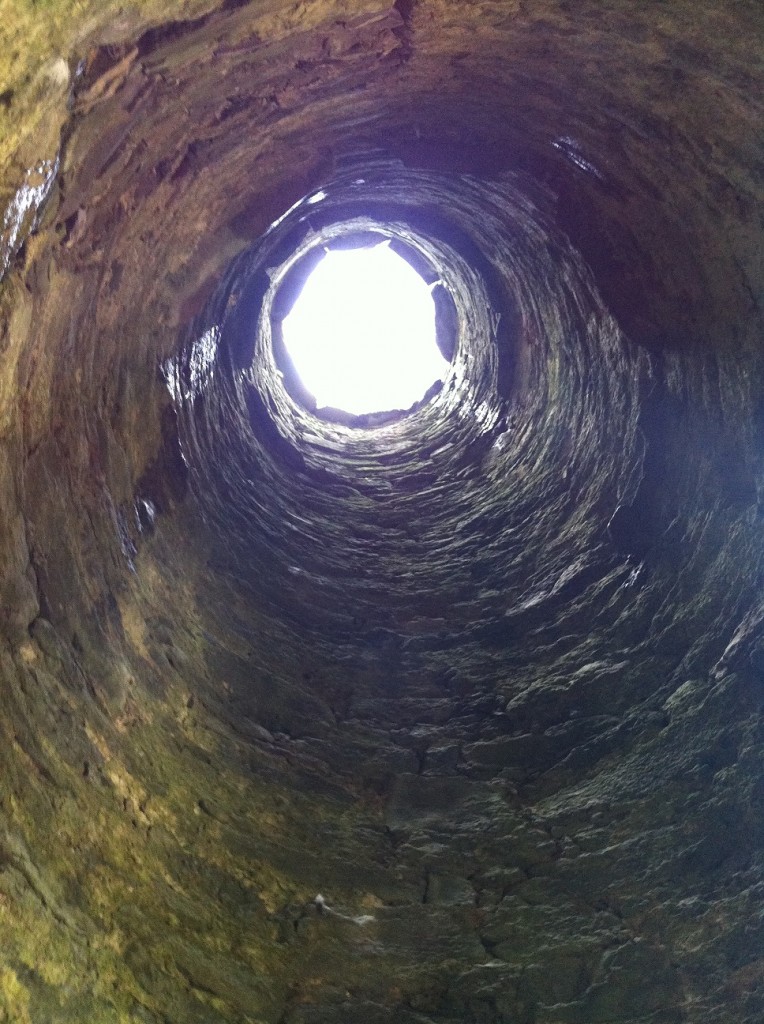 Inside the Round Tower at Aughagower

Balla : The smallest remnant in Mayo, the remaining stub of this tower is just 10m high and, again, features a later second door at ground level. What appears to be the original door is a whopping 8m off the ground. I’m still dismayed at how the new community hall was allowed to be erected so close to it.

Meelick : Despite being without its roof, but at 21m high, this remains an impressive tower in a lovely rural setting. There is a very fine inscribed cross slab at its base. 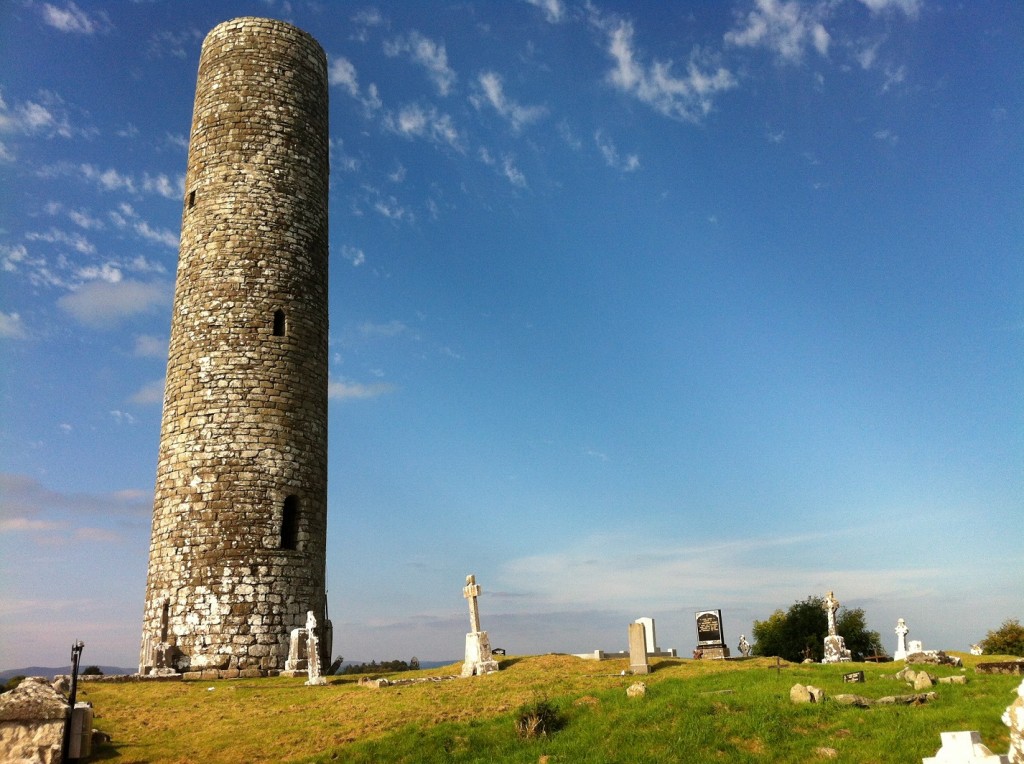 Turlough : This 23m high tower, near the excellent National Museum – Country Life, gives an impression of being unusually short and still boasts its roof (repaired). 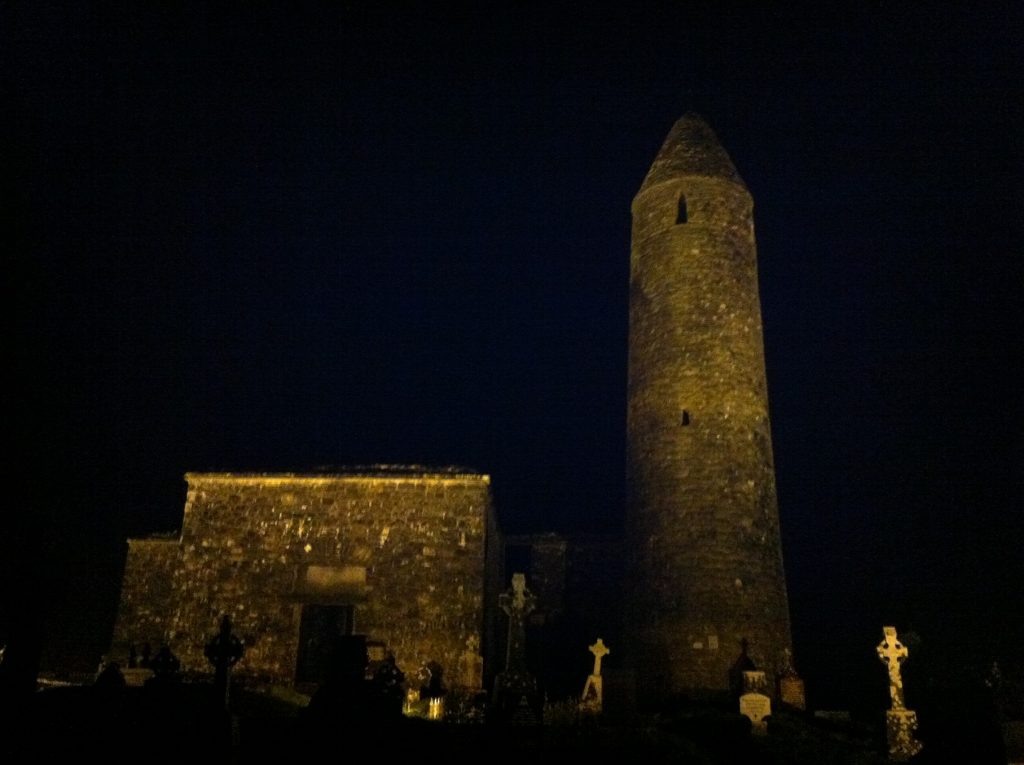 Turlough Round Tower by night

Of Mayo’s round towers, only Aughagower and Turlough still have their churches alongside, although both are ruined.

Visit this excellent website that describes all of Ireland’s remaining round towers.