Raftery the Poet | Raifteirí an File 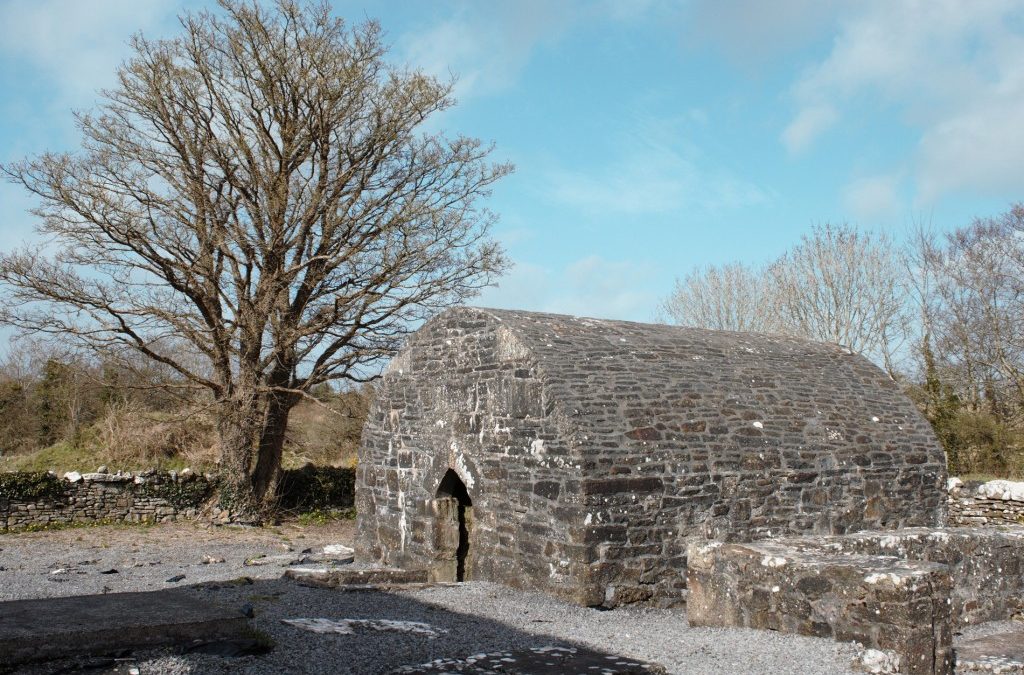 Raftery the Poet, of 19th Century Mayo, was blind from childhood and spent his life playing tunes on the fiddle, creating and singing songs as he wandered the West of Ireland. Born in Killeden, near Kiltimagh in east Co. Mayo, around 1779, Raftery would lead a nomadic existence, much of it in the Loughrea area of Co. Galway, where he died in 1835. He is buried near Craughwell. 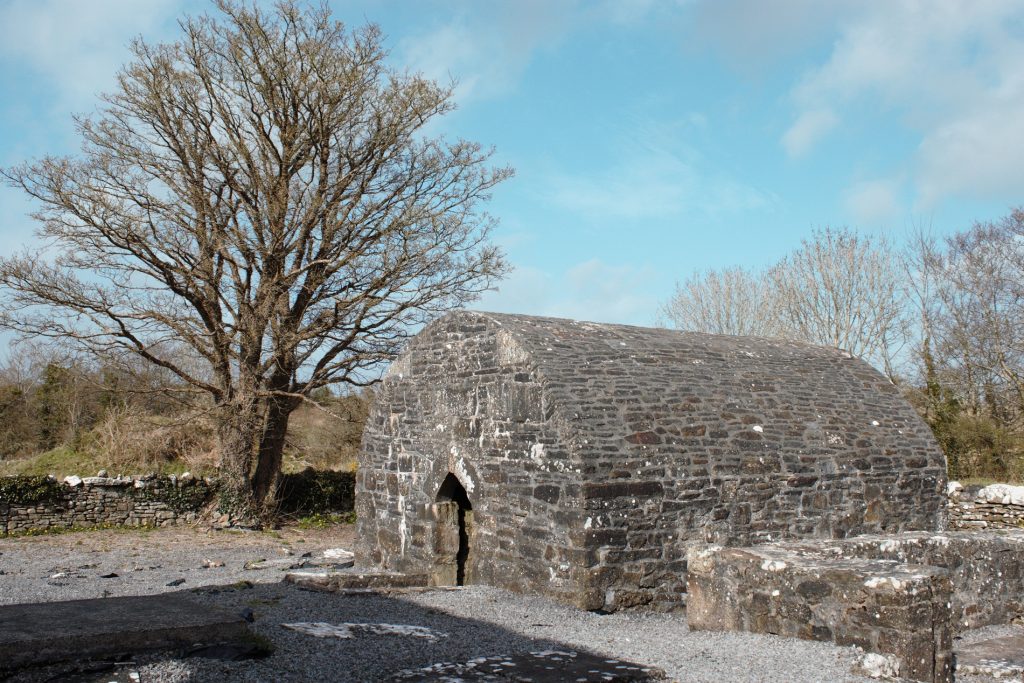 Killeden monks cell, near where Raftery was born

Born Antaine Ó Raifteirí, Raftery the Poet is thought to have been the only survivor among nine siblings who were struck down with smallpox when he was around 6 years of age. Blinded by the disease, Raftery became a servant, perhaps a stable hand, of the local landlord, Taaffe of Kiltimagh. He remained employed here until, it is said, he was thrown out after an accident in which one of the landlord’s favourite horses died.

Blind, he joined what would certainly have been many others at that time forced to wander the countryside, trying to eke out a living by playing music and singing ballads. It is often said that he became dependent on the generosity of those hardly better off than himself.

A poet of the people he met and heard about along his travels, Raftery’s writings are about the events of his time and reflect the views of the common people of the West of Ireland. He lived through the 1798 Rebellion and the 1800 Act of Union and would have been acutely aware of landlords (often absentee) charging high rents to pauper tenants.

Raftery sang of the activities of those who agitated for reasonable rents and security of tenure for peasant farmers.

In one notable case, a local man named Daly was hanged for an incident concerning a landlord’s agent, even though it was widely claimed that he was innocent. On the way to court, Daly was offered the opportunity to go on the run, but is said to have declined for fear of reprisal against the local people. Raftery, who may have witnessed this event, composed a poem in praise of Daly, referring to him as a ‘good tree that wouldn’t let any branch of it fall to the ground’. He denounced those who took part in the hanging.

In another poem, ‘Na Buachaillí Bána’, he says of Denis Browne, High Sheriff of Mayo at the time, that he would like to ‘stick a spear through his huge stomach’. The Sheriff was known as “Denis the Rope”, on account of the number of 1798 rebels he had hanged during his time in office.

Among the best known of the works of Raftery the Poet are “Mise Raifteirí” and “Cill Aodáin”.

[ I am Raftery the poet, full of hope and love,
My eyes without light, calmness without torment. ]

[ Now Spring is here, the days will grow longer,
And after Bridget’s Day, I will raise my sail.
I’ve put my mind to it, and I won’t rest again,
‘Til I stand in the middle of the County Mayo. ]

Ó Raifteirí died at the house of Diarmuid Cloonan of Killeeneen, near Craughwell, County Galway, and was buried in nearby Killeeneen Cemetery.

In 1900, Lady Augusta Gregory, Edward Martyn and W.B. Yeats (co-founders of the Abbey Theatre and the Irish Literary Theatre) erected a memorial stone over his grave, bearing the simple inscription “RAFTERY”.

To this day, these poems are a staple part of primary school life in Mayo and long may they remain so. Marching school bands whistle out the melodious and beautiful tune of Cill Aodáin during St. Patrick’s Day parades throughout Mayo.

The primary school in Kiltimagh has a nice little page about Raftery.