A fully mature Oak is certainly one of the most beautiful trees in the Irish or any landscape.

In Ireland, we enjoy two native varieties – the Sessile (Quercus petraea) and the Pedunculate (Quercus robur). Acorns on the former have no stalks, while on the latter, they have. Sessile leaves do have stalks, as well as tiny hairs on the pale underside. While Sessile is the dominant variety in the West of Ireland, we unfortunately boast very few trees in this part of the world, due to our bog-covered, rain-lashed landscapes. Indeed, it is in part the rarity of our tiny remnants of Atlantic Oak and mixed woodland that makes them so precious and special. 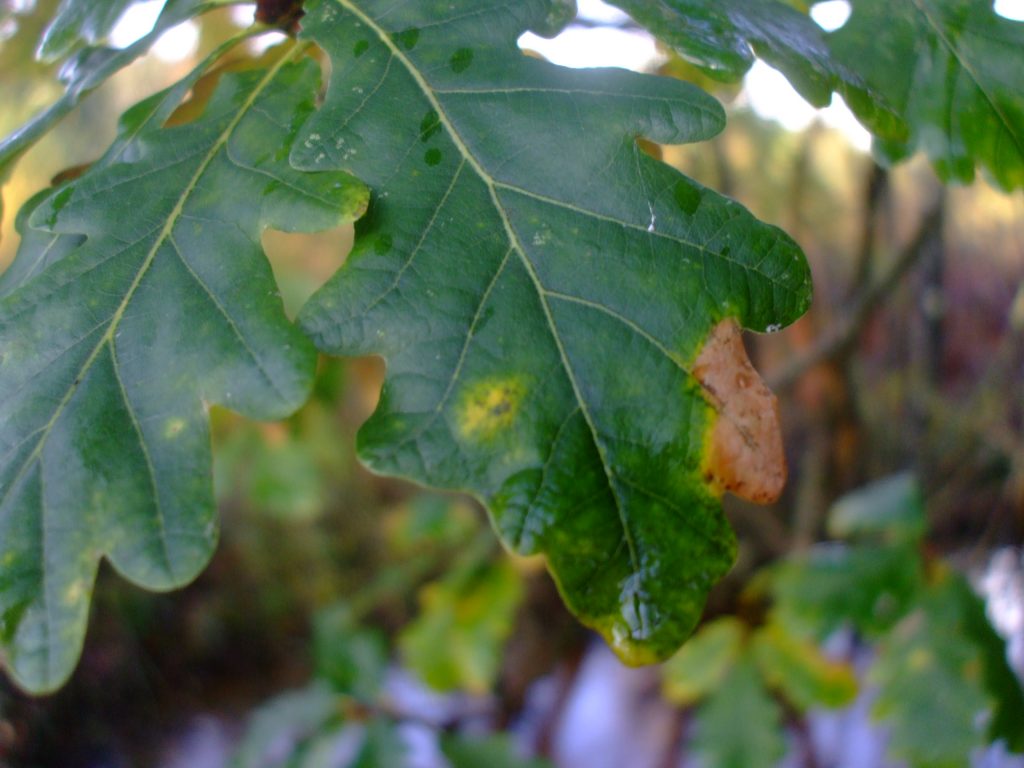 Possibly Ireland’s two most famous trees, each estimated at over 500 years old, are the “Brian Boru Oak” near Tuamgreaney, East Co. Clare and the King Oak in Charleville Estate outside Tullamore, Co. Offaly.

In the picture below of the Brian Boru, you can appreciate the size. Indeed, this tree has unfortunately been severely cut back over the centuries and no longer demonstrates what would have been its natural girth and bulk. 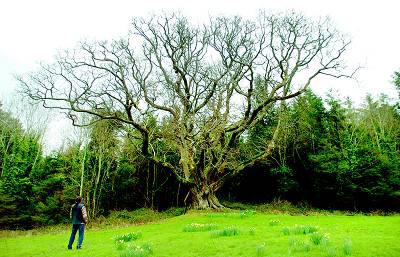 Among the trees of Ireland, the Oak is considered king. Known for its endurance and longevity, even today it is synonymous with strength and steadfastness. If you were to ask anybody on the street which is the ‘strongest’ or ‘most impressive’ tree, they would surely suggest Oak. Among legends and myths, this tree stands as the noble; almost the Tree of Life. Traditionally, it was a symbol of strength, kingship, endurance and fertility and is still generally considered the King of Trees. Throughout Irish history, its significance is referred to. The Brehon Laws protected the Oak and the other ‘chieftain trees’. It is likely that several Celtic and Christian religious sites were located next to Oak woods, due to their spiritual importance.

Websites of interest on the subject of Ireland’s native trees include The Woodland League and The Native Woodland Trust.

Visit the preamble post on native trees of Ireland.