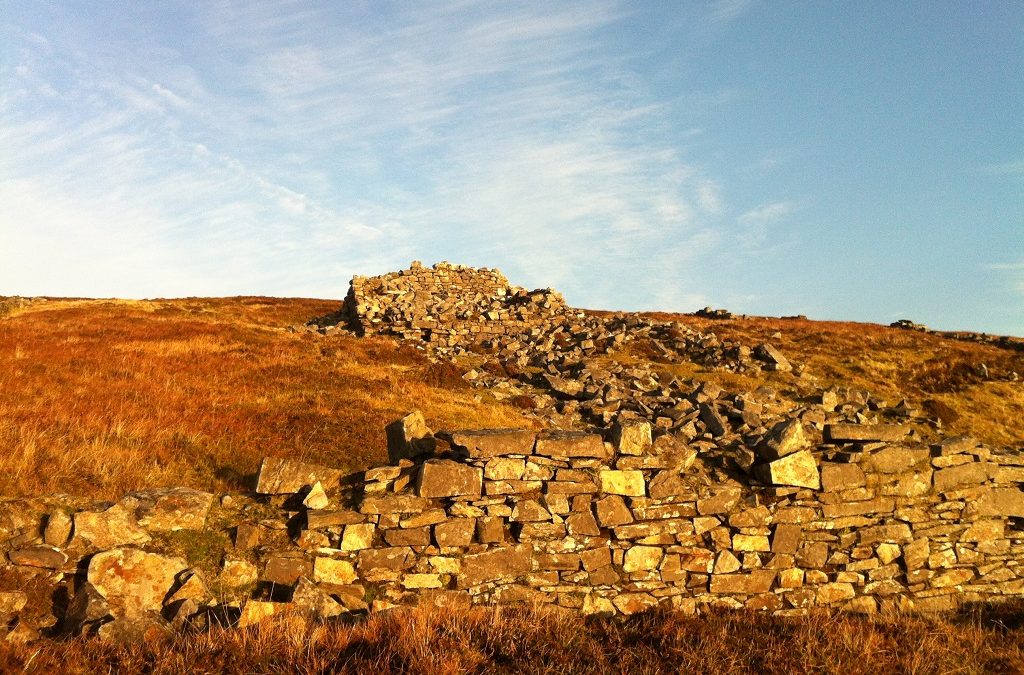 Also known simply as Napoleonic Towers, or Signal Towers, 8 of these structures were built by the British authorities in County Mayo during the first decade of the 19th Century.

Following the glorious French Revolution of 1789, anti-British Irish patriots repeatedly sought the assistance of France to help overthrow British rule here. Theobold Wolfe Tone and the United Irishmen were to the forefront of this campaign.

Three times the French navy sailed to the aid of the Irish, without success. The great expedition of December 1796 to Bantry Bay, with some 44 ships and over 12,000 men, ended in disaster without making land. During 1798, a small force did succeed in landing at Killala (3 ships; ca. 1,000 men), but was defeated by the time its remnants reached County Longford, while a later expedition of 10 ships and some 3,000 men met with a swift defeat in Lough Swilly.

Upon his capture in Donegal and his trial by court-martial, Tone (who held the rank of “Adjutant-General” in the French army under La Directoire) declared

“I entered into the service of the French Republic with the sole view of being useful to my country. To contend against British Tyranny, I have braved the fatigues and terrors of the field of battle. I have sacrificed my comfort, have courted poverty, have left my wife unprotected and my children without a father. After all I have done for a sacred cause, death is no sacrifice.”

In response to this threat (as they saw it), the British government ordered the construction of defensive towers along the southern British coast, as well as around much of Ireland.

Running from south to north, the Napoleonic Signal Towers of Mayo were located at Inisturk, Clare Island, Achill Island, Glosh and Slievemore (aka Tipp) on The Mullet peninsula, Stonefield, Glinsk and near Rathlacken. 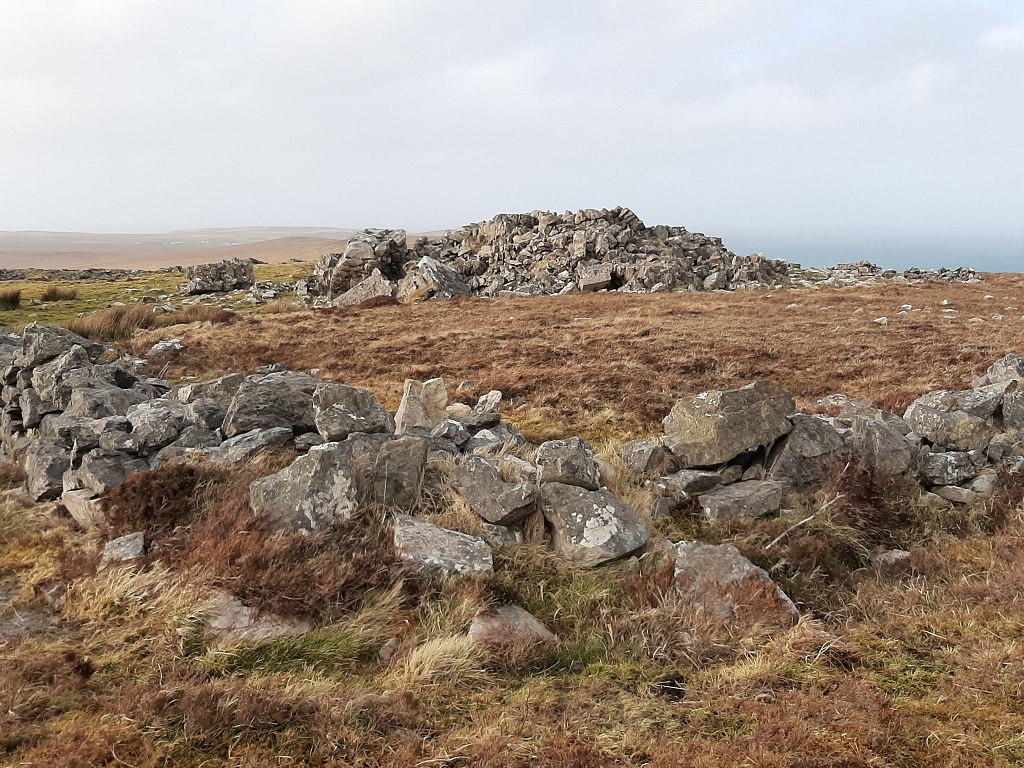 This image of Slievemore (aka Tipp) shows the enclosure wall (foreground) and collapsed tower (background).

Today, almost no trace remains of Stonefield or Rathlacken towers, while those at Inisturk, Clare Island, Achill, Slievemore and Glinsk are in a mostly collapsed state, with just low sections of external walls and their enclosures remaining visible in the landscape.

Only Glosh, at the southern end of The Mullet, still boasts its largely intact external walls. (If you cross the border to Sligo, you’ll find another well-preserved example at Rathlee, just 23km beyond Ballina). 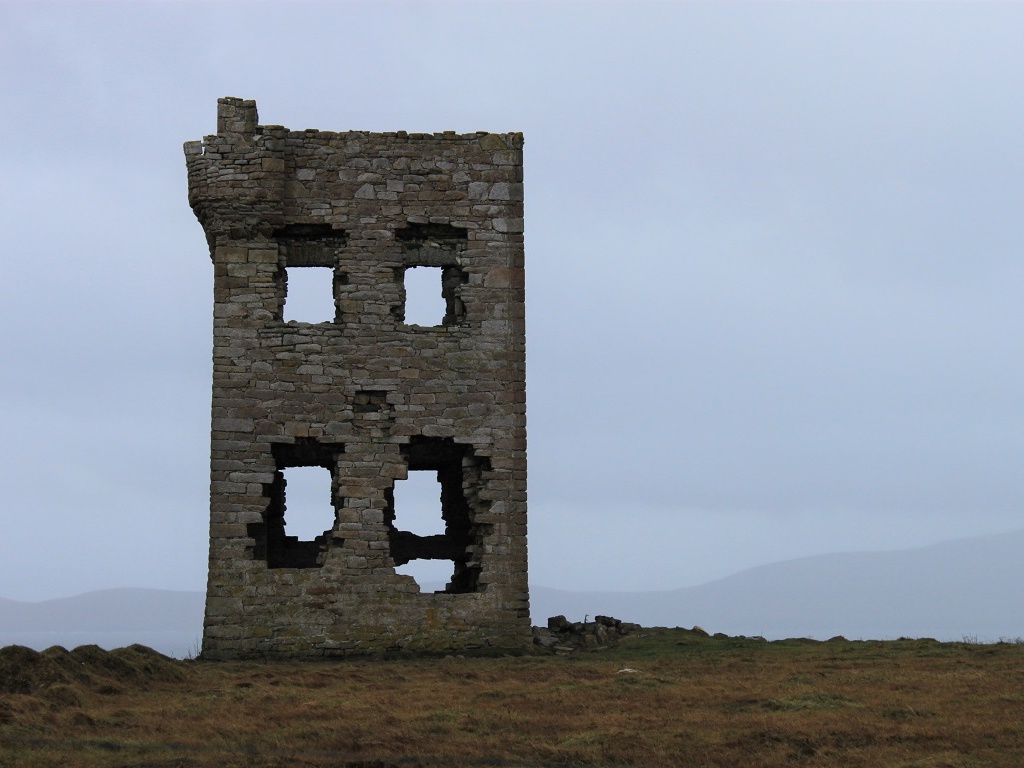 While the towers were mostly built between 1802 and 1806, they appear to have been abandoned within a decade or so.

Beside each tower stood a T-shaped signal mast, up which would be hoisted various signals comprising flags and other shapes. This allowed one tower to communicate with its neighbours to the south and north, in case of ‘enemy’ activity being spotted.

Different flag combinations were deployed to signal, for example, “3 Sail in Sight”, “7 Ships or Brigs in Sight”, etc.

Napoleonic Towers in Mayo, as elsewhere, were manned by a small number of men and consisted of a basement, three or four floors (of which one was sometimes just a mezzanine) plus the roof, from where observations were made. The sole entrance was at the first floor, rather than ground level and was accessed by a retractable ladder. 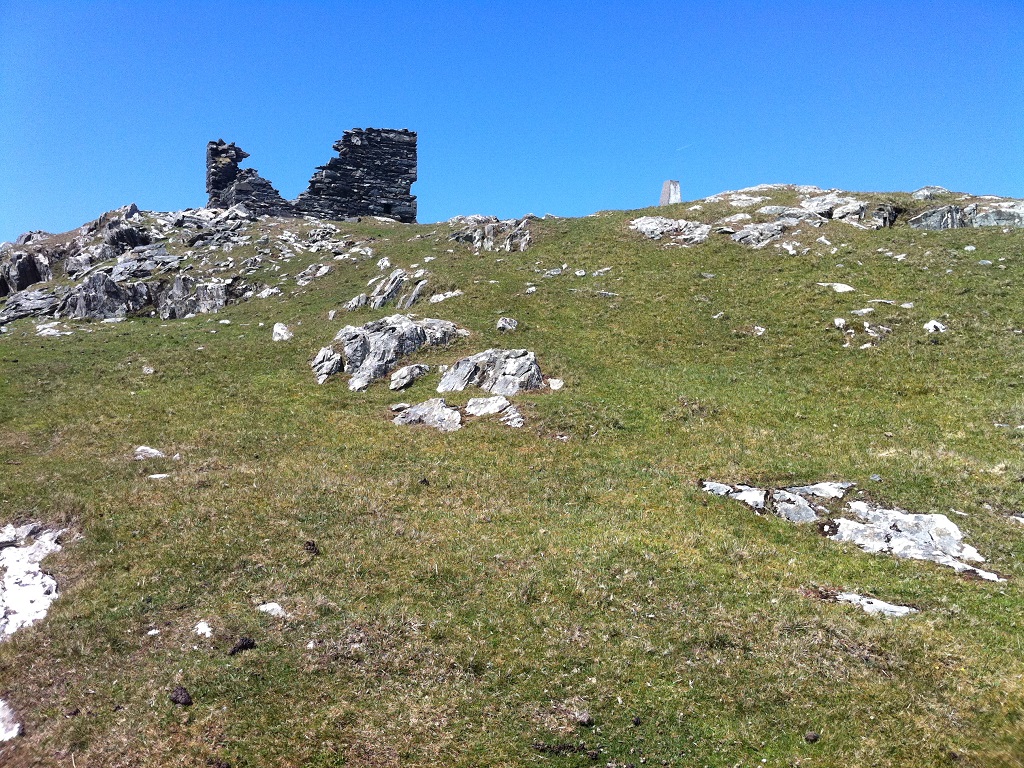 This excellent website from IT Sligo contains more information on the Signal Towers than you could shake a stick at.

These large early 19th Century towers are often confused with the mid 20th Century “Look Out Posts”, built by neutral Ireland during the Second World War. The latter, in fact, were much more modest, small single room huts manned by the Coast Watching Service of the Irish Defence Forces. Read about the LOPs of Mayo in this post.