Minke whales were not among the creatures I expected to see while out and about this winter. However, as it turned out, I had not one but two unfortunate dead specimens.

I grabbed the kids from school and took a spin up to Enniscrone this morning, to see the unfortunate dead Minke Whale, washed up on the brilliantly named Diamond Valley Beach.

The whale measures 8.7 m and will remain there until at least this evening and maybe even until tomorrow morning, according to Sligo County Council’s local office.

Minke are quite common off Ireland’s West coast and are the smallest baleen whale (i.e. they have baleen plates for filtering their food, rather than teeth). They have white spots on their flippers and their dorsal fin is quite small and set quite far back along the back. 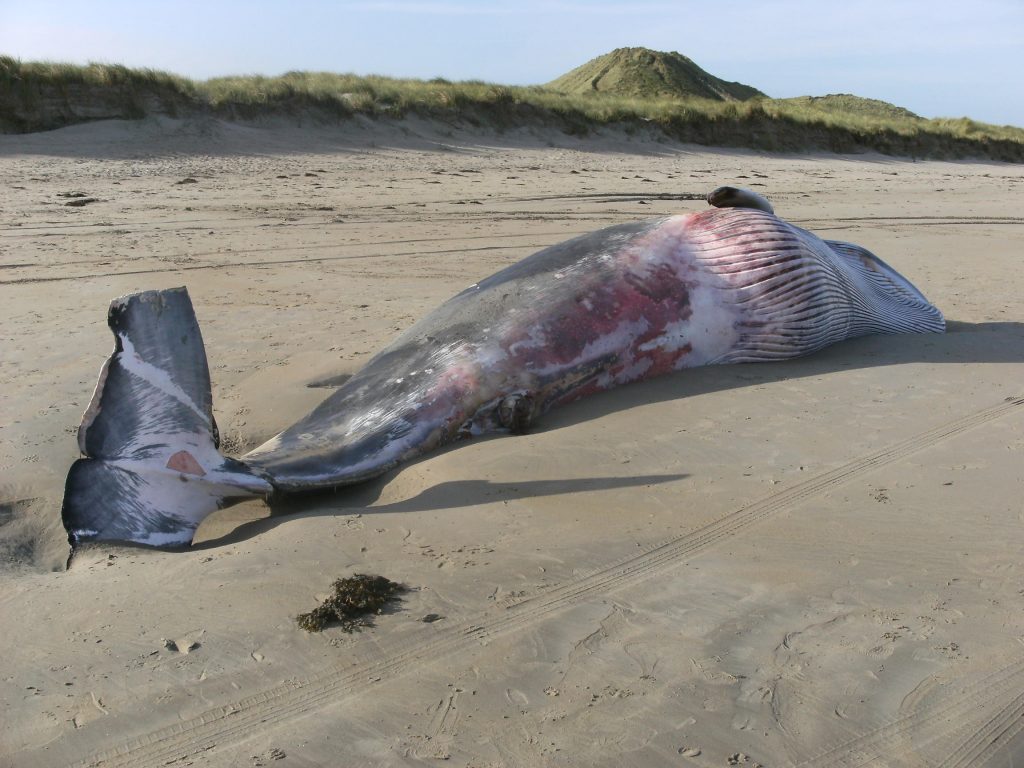 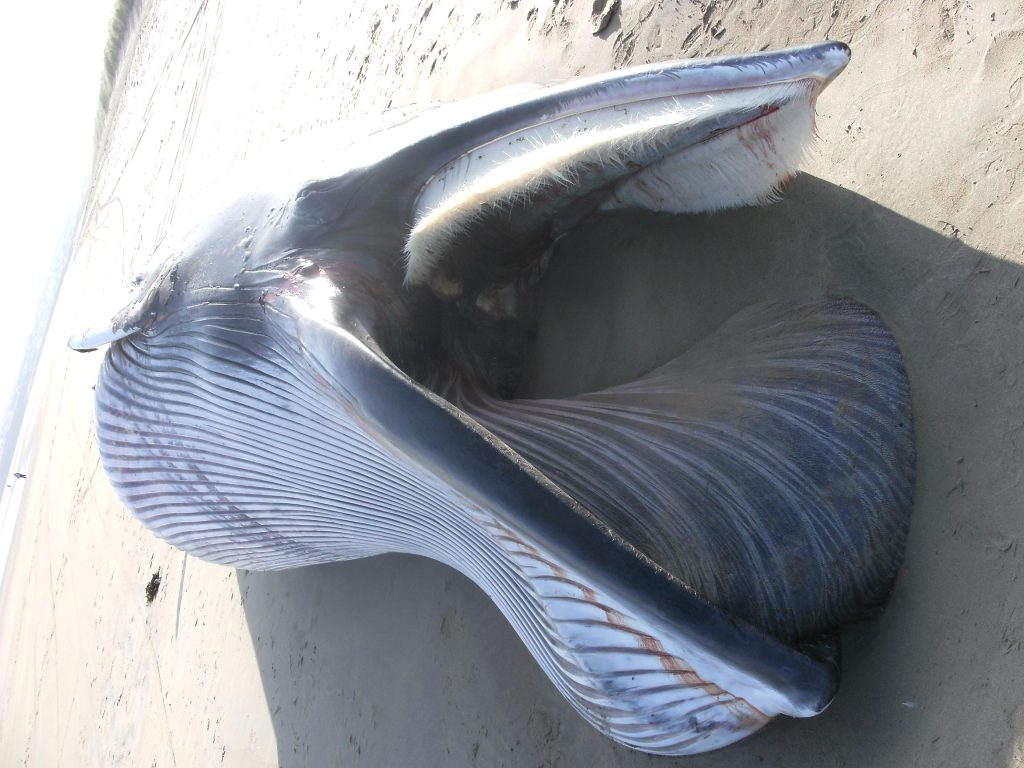 Friday last (Feb 2010) was a beautiful day up on The Mullet peninsula. I went to Caisleaán strand, on the western side, to see if I could spot some Barnacle Geese, over on the mainland for the day from their winter stronghold of Iniskea beyond. What I actually found were 9 Brent plus the small matter of a beached Minke Whale.

A local farmer told me the whale had been there several days and if you compare the pictures below with those I took of the beached Minke at Enniscrone last September, which was less than 24 hours on the beach at the time, you can see the difference in skin discolouration. Also, both the jaw area and dorsal fin of the Caisleán whale had been buried in the sand by the time I got there.

I estimated this whale at around 9 metres long. 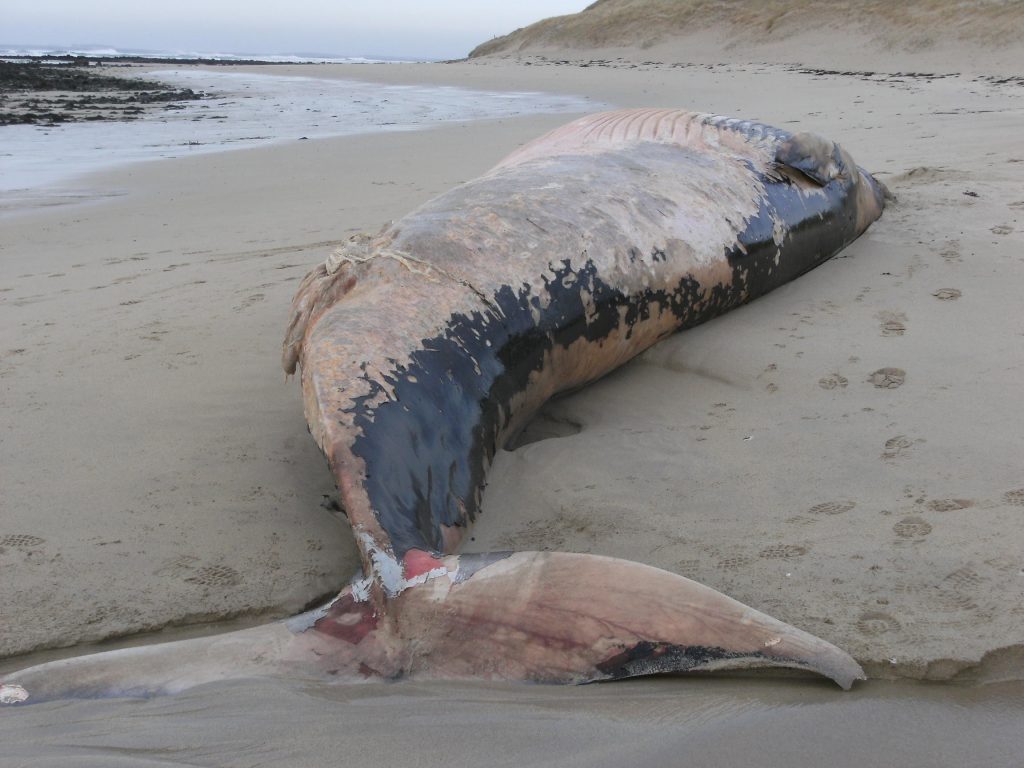 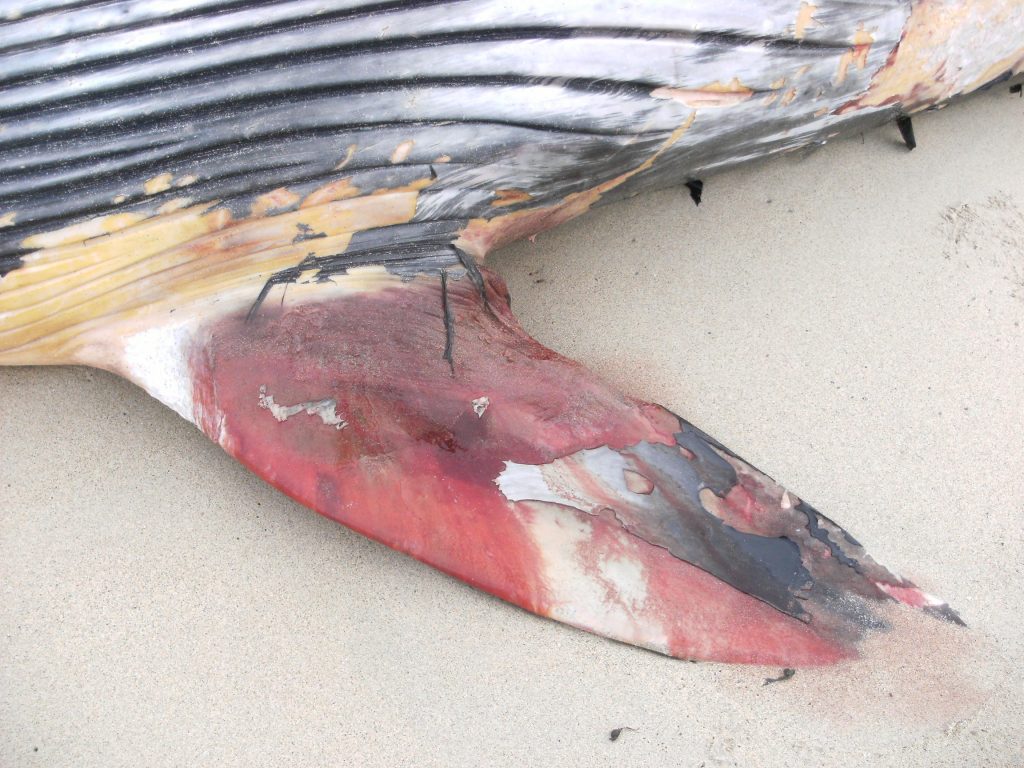 You’ve heard it before : If you’re not out there, you can’t expect to see these incredible sights. Get out and about and learn to enjoy the outdoors – especially in winter!

Visit the Irish Whale and Dolphin Group website, where you can review sightings and strandings of whales and dolphins in Ireland. We can be proud that Ireland was the first country in the world to declare the totality of its territorial waters a whale and dolphin sanctuary, back in 1991.