Mayo Mountains – How Many are There ?

I once stood in the then Bord Fáilte office in Paris back in the 1980s and read a letter enquiring as to the very best mountains in Ireland for skiing ! It made me smile. Often, in continental Europe (and perhaps beyond), people imagine that our north-western outpost is much more mountainous than is the case.

Mayo is a county characterised by mountains, bogs and coast. But just how many Mayo mountains are there ?

Before answering that question, let’s have a look at some loose mountain-related terms. A ‘spur’ is a ridge projecting downward from a mountain towards lower ground, while a ‘ridge’ itself is a long, narrow raised land formation with (sometimes very steep) sloping sides. A ‘shoulder’ is an often quite rounded flank of a mountain, perhaps before it transforms into a downward-sloping spur.

With these unscientific terms in mind, we quickly see that there are many fewer mountains in Mayo (and, indeed, Ireland) than some people, websites and physical features’ names might suggest. You see, very often what are called mountains are really little more than high points on shoulders, ridges or spurs. They’re sometimes referred to as ‘peaks’ and there’s talk of ‘prominence’, though I’ve never been terribly comfortable with those terms either.

For example, it is clear to me that Mweelrea is one single mountain and that names attributed to sections of that mountain, such as Ben Lugmore and Ben Bury are really of no significance. This is one big mountain massif, where the summit is surrounded by ever-so-slightly lower ground that just happens to be big enough to have a few high points (‘peaks’) jotted around its obviously uneven top and slopes. 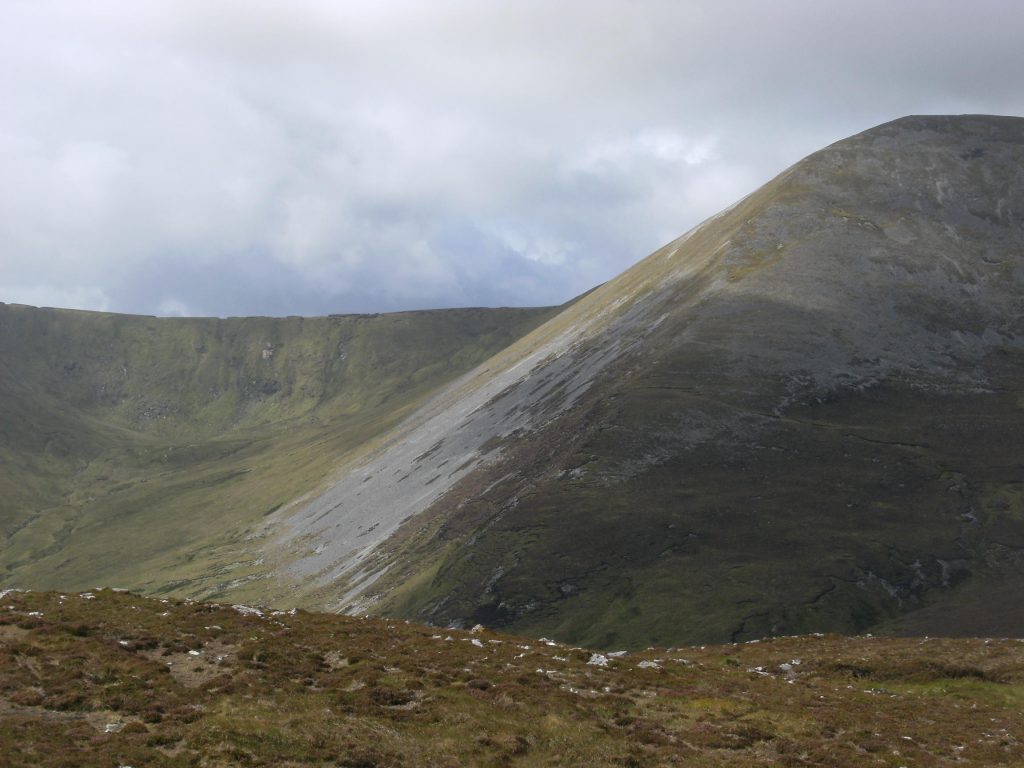 Birreencorragh is another example. To its S is the so-called Glenlara, to its W Mount Eagle while, to the E, Knockaffertagh occupies its spur. Yes, there are ‘cols’, or lower points, between the summit and these points, but since the mountains aren’t man-made, we can hardly expect them to descend in a straight line with equal gradient from top to bottom. Once again, this is clearly just one single mountain, with the usual few shoulders followed by spurs running down in various directions to lower ground.

So, just how many Mayo mountains are there then ? Well, in a land where the highest point is a mere 1,038 m and not one of the (supposed) top 20 Irish summits is in Connacht, here are the top heights in the Mayo mountains (400 m + summits). Mayo mountains are most often not rocky at the top, so while I’m at it, I’ve noted which are more or less boggy on top and which can claim some degree of rockiness.

That’s 18 mountains, 7 of which rise to 700 m or more. Each of these mountains is clearly demarcated by low ground, or sea, all around. Of these, 12 lie in roughly the Castlebar – Newport – Achill – Bangor Erris area, while the remaining 6 are to be found west or south of Westport, heading down towards Killary Harbour and Lough Mask. I consider just 4 to have something approaching mildly rocky tops. The rest, dear friends, are boggy on top. But I love them all.

Corrannabinnia, or Coiscéim Carrach to give the mountain its more correct name, remains one of my favourites. The ascent is up and down over several spot heights, giving a total positive climb of around 1,000m. There’s a proper rock strewn summit (a pretty rare feature in Mayo mountains, as they are more typically peat covered even at the top) and a nice arête between its main and SW tops. To the north of this very steep cliff lies the awesome Owenduff blanket bog. There’s the added bonus of a great view out across Clew Bay as you descend after a 6 to 8 hour mountain horseshoe hike. It’s great.

East and North Mayo cannot, unfortunately, claim any mountains of over 400 m altitude, although the latter does, of course, boast magnificent low hills offering splendid views out over the ocean. See my post on walking the North Mayo coastline. 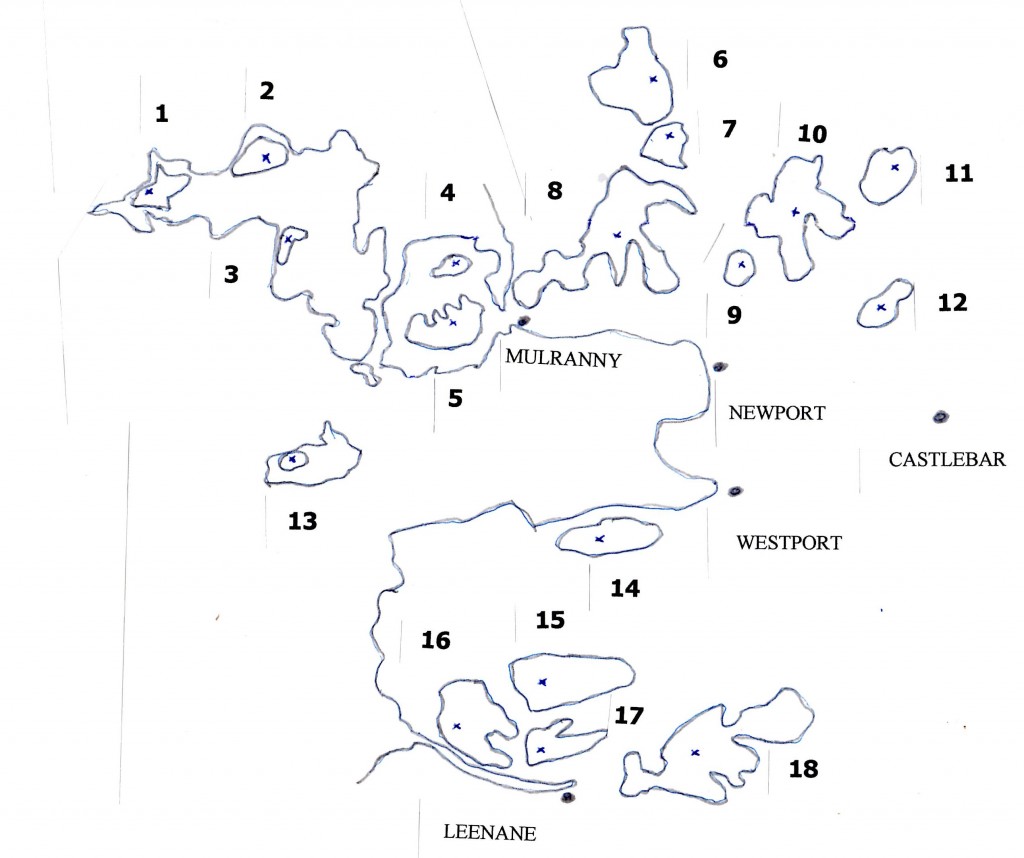 So do come along and explore the Mayo mountains. You won’t bag any overly impressive heights, but you’ll enjoy day-long experiences and views you won’t forget for many a day.