Loop Walks – A Vision for the Mullet Peninsula

The very remote Mullet Peninsula in northwest Mayo already boasts a few short loop walks. Measuring around 25 km from north (at the Erris Head loop walk) to south (Blacksod) and a maximum of 14 km from west (Annagh Head) to east (Ballyglass), the Mullet is stunning. Imagine what a coastal loop walk the whole way around this wonderful place would be like. 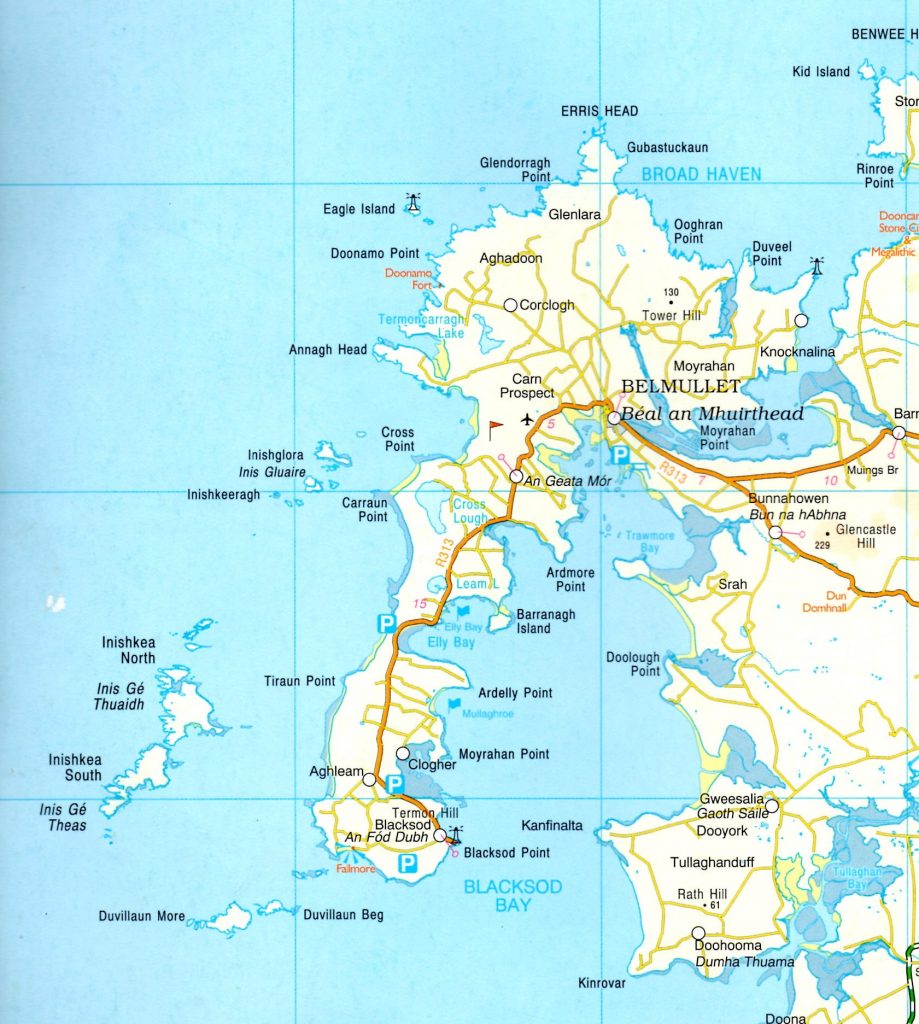 This is spectacular and varied oceanic country. To the north, beautiful cliffs rise to a height of 90m from the surrounding blanket bog. Great views abound out over the Atlantic and offshore rocks and islands, like Pigeon Rock or Eagle Island. Remains of promontory forts dot the cliff-tops. Further south, past blow holes and heavily indented coastline, these cliffs give way to sandy beaches and dunes. In the south, the granite outcrop of Tarmon Hill down by Fál Mór rises to afford superb ocean views in all directions. Indeed, its western coast includes Annagh Head, formed of some of the oldest rocks in Ireland.

On its eastern, more sheltered side, greater vegetation variety is to be found in marshes and along the shoreline of Blacksod Bay. Expansive bays, like Elly and Feorinyeeo, contrast sharply with the wild western beaches. Lovely wildflowers, such as Sea Holly, Yellow Iris and Sea Campion, add to the beauty and enjoyment of a walk around these parts. Belmullet town, tucked in between Blacksod and Broadhaven Bays, guarding the narrow isthmus between the peninsula and the ‘mainland’, would be the main accommodation centre for the loop, ably complemented by small-scale providers at quaint outposts like Ballyglass, Aughleam and Corclough. 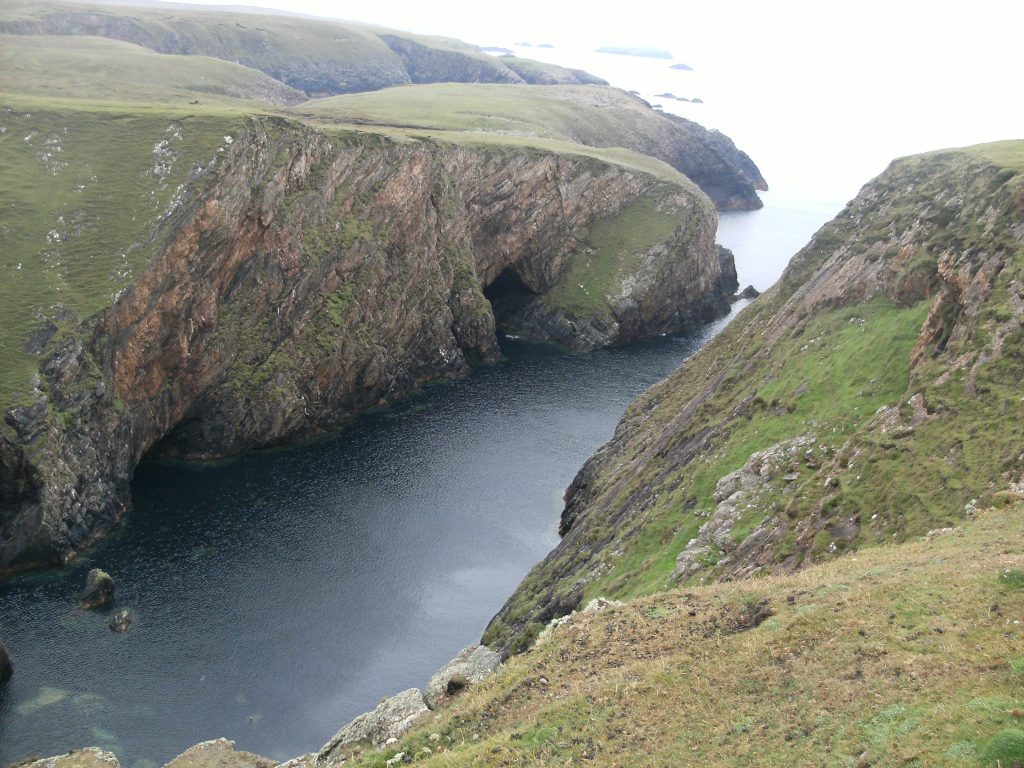 To be of international interest, loop walks should offer not just variety of scenery, vistas and a distance that would take even the avid walker several days to complete, but also culture and heritage. Along the Mullet’s shoreline are wonderful early Christian sites like Cross Abbey and Teampall Deirbhile, but also 19th Century ruins and World War II remains. There are stories to go with all of them.

What is great is that all these “things to see” are nicely spaced along the way and not clustered together at one point on the peninsula. This is equally true of the offshore islands and four lighthouses that accompany the walker. Superb birding sites, like Termoncarragh Lake and Annagh Marsh add to the attraction of the area. All of these can be considered as staging posts to reach by the walker, pulling him along from one to the next over the entire loop walk. 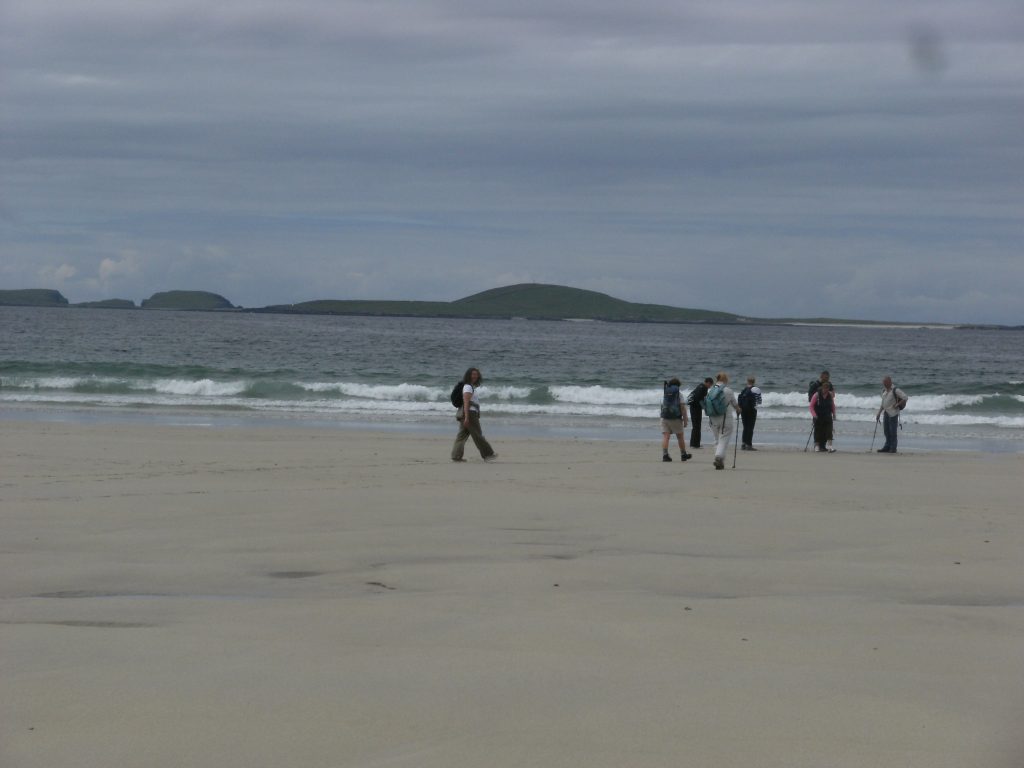 I estimate an entirely off-road loop walk of the whole peninsula, hugging the shoreline or close enough to it, would be around 140 km long. It would certainly become one of the greatest Irish loop walks of all.

Learn about my August guided walking weekend on The Mullet Peninsula.

Read my 2011 post on a 100km walking loop I’d like to see developed in the Nephin Beg mountains of Mayo.

Read my 2011 post on a whopping 350 km loop of County Mayo that would include walking on old railway tracks from Charlestown to Ballinrobe.