Look Out Posts of County Mayo

During the early years of World War II, a series of Look Out Posts (LOPs) was constructed along the coast of neutral Ireland.

In total, 83 of these little huts were put in place to watch out over the seas, report back to Army Intelligence HQ and, notably, to recover bodies.

During what was euphemistically called “The Emergency”, the Irish government wanted to be seen to be protecting the neutrality of the country. Manned by the Marine & Coast Watching Service of the Irish Defense Forces, these LOPs were complemented by large ‘signs’ in stone lying on the ground, comprising of EIRE and the LOP’s unique location identification number.

Huts were built on-site to an identical design of pre-cast concrete blocks. They measured just 13 x 9 feet (4 x 3m) and were placed at strategic locations, typically five to fifteen miles (8 – 24km)  apart from Louth to Donegal. Coastwatchers worked around the clock, in groups of two, on 8 to 12 hour shifts. They had to report every military activity observed in the sea and air in the vicinity of their LOP. 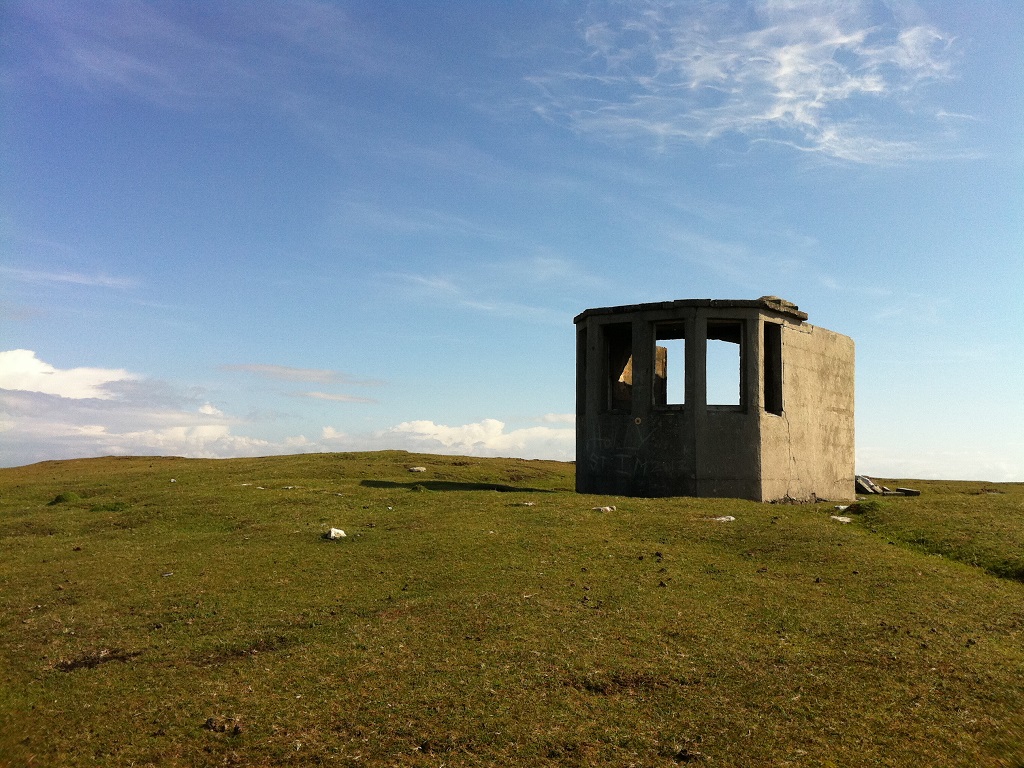 After the war, the posts were shut down. Today, most are in different stages of collapse, giving way to the unrelenting weather or to human destruction. Many of the EIRE signs have simply sunk into the surrounding landscape, while others are still quite visible.

Mayo’s LOPs were numbered from 57 at Roonagh, in the south, right round to 65 at Kilcummin Head in the north of the county. Of the county’s 9 huts, 8 are still standing in various stages of repair, while just 1 has collapsed completely (Annagh Head, no. 61). Of our 11 EIRE signs (Achill has three), 8 are still visible to varying degrees, while the one at Kilcummin is gone and it’s not clear if the ones at Roonagh and above Keem Beach are gone or simply buried beneath heather, bog and briars.

Both the post itself and its accompanying sign at Downpatrick Head (no. 64) have been lovingly restored in recent years. 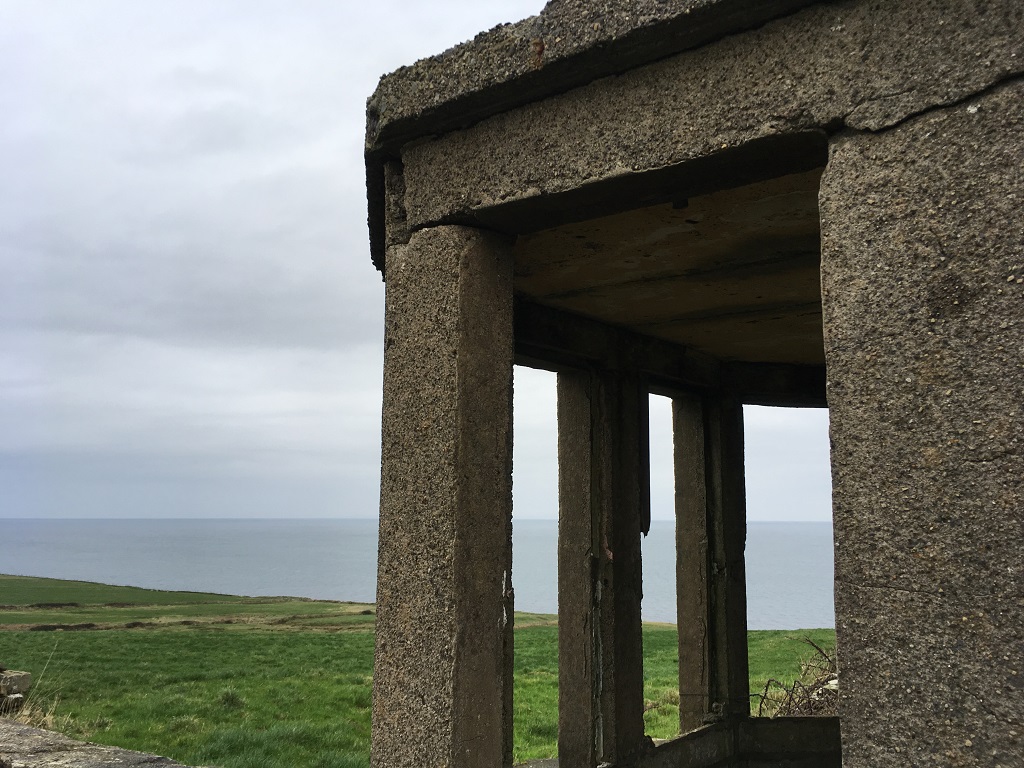 Look Out Posts of County Mayo – the full list

59 –        Moyteogue Head, Achill Island (boasting three EIRE signs, one on the island’s south coast, one above Keem and one on the north of the island)

Just to give the LOPs immediately beyond Mayo, number 56 is at Renvyle, Co. Galway, while number 66 is at Rathlee, Co. Sligo.

By their nature, these Look Out Posts of County Mayo are situated in fabulous spots along our wonderful Atlantic coastline, with some more easily accessible than others. Why not grab yourself a coat, stick on decent footwear and go tick each one off your list? Some are to be found on commonage and Erris Head is along a waymarked looped walk. Downpatrick Head is right by the famous Dún Briste sea stack, while others are in fenced-off private fields.

Please request permission of the landowner to visit the latter and don’t cross over fences. Go find the gate.

We walk the magnificent coastline of NW Mayo, visiting LOP62 at Erris Head, during our Western Ocean Walking Weekend. Check that out here.