Looking for a place to go walking with the kids at the start of this new year, we crossed the border into Galway. Knockma Wood is small, but very nice indeed, comprised mainly of Oak, Ash, Hazel and other broadleaf trees. The wood occupies a low hill in the otherwise flat north Galway plains. As gaeilge, its name is possibly Cnoc an Mhaigh, the ‘hill of the plain’. 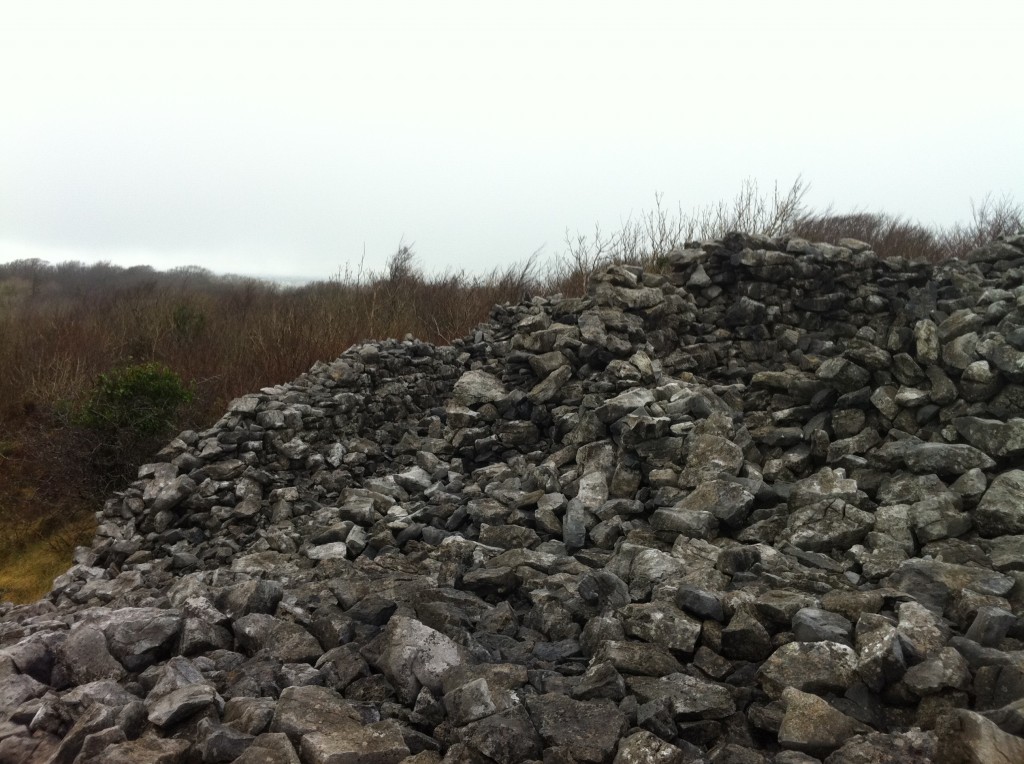 A limestone outcrop, the hill boasts some excellent neolithic cairns on top, two of which are reputed to be the burial places of Queen Maebh of Connacht and of Finnbhearra, King of the Connacht fairies. Some meddling with the cairns by the 19th Century landlord has resulted in altered forms, including what appear to be steps up and walls along at least one of them.

Whatever you do, don’t tell the good people of Sligo that their beloved queen may, in fact, be buried down Galway way !

Being of limestone, it is interesting that Knockma is said to house the cairn of Finnbhearra, as it was believed that the fairies inhabited the ‘Otherworld’. This ‘Otherworld’ connected with Ireland at various points, such as caves, cracks in the earth and other passageways, like springs. At its summit, the hill has many Burren-like clints and grykes in its limestone scalp.

” The Tuatha Dé Danann went into the hills, the region of the Sídhe [fairies], then, and they submitted to the Sídhe under the ground. ” [Ancient Irish Tales, by Tom Peete Cross]

By the entrance to the wood stands Castle Hacket(t), a 13th or 14th Century tower house whose external walls are still in reasonable condition. Across the road is the more recent Castlehacket(t) House, a very large ‘big house’ from the 19th Century. The Kirwans, one of the famous tribes of Galway, were the local landlords. This house, like many other landed mansions, was burnt down in the 1920s but, unusually, was actually rebuilt and occupied, I understand, until the 1980s.

Read its entry on the excellent Landed Estates website, here.

From the carpark at the tower house, the walk is a pleasant 4km loop, with lovely views across the north Galway plains and, in winter, the many turlough lakes that dot this landscape, before they disappear once more as summer approaches. Among the fine specimen trees, we encounter some areas where efforts have been made to remove invasive laurel. The extensive thickets that remain and the new growth elsewhere demonstrate the work that is yet to be done. Surprisingly, quite a number of non-native conifers remain. Why the NPWS has left these in situ, I do not know. Bat boxes are to be seen on many trees, as the Wood holds Pipistrelles. 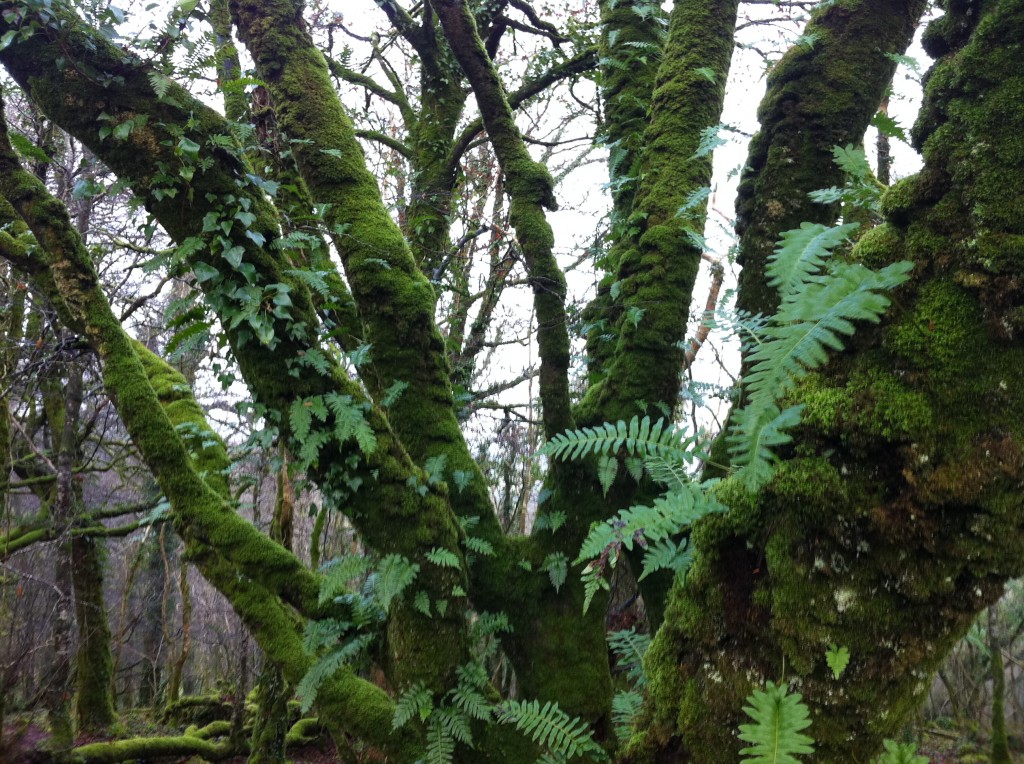 But it is especially the Oaks and the relative ‘naturalness’ of the Wood that attract the visitor to Knockma. Having no deer to contend with, this is a wood that is free to regenerate, with a good variety in age of trees and a healthy understorey. With your children, you can spend an enjoyable 90 minutes here, exploring the wood and its wonderful archaeology.

Learn more about Knockma Wood and its surrounding area, situated a few km west of Tuam, north Co. Galway, on the R333. Get out and about walking in this new year of 2013.