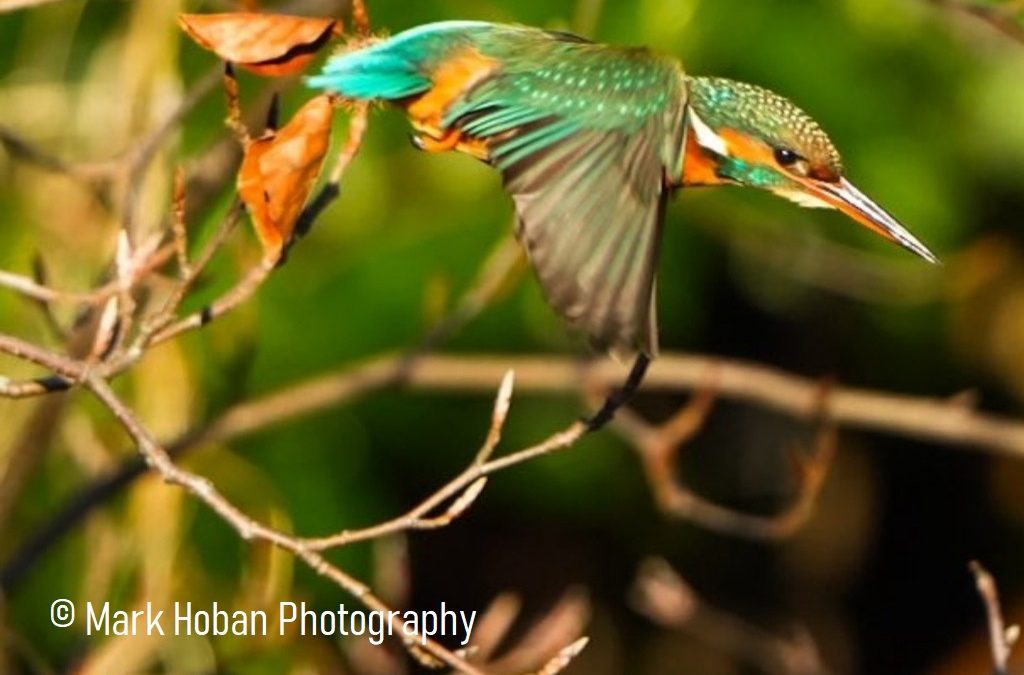 The flash of electric blue was unmistakable. I had just seen my first Irish Kingfisher.

Although barely 16cm long (similar to House Sparrow; smaller than Blackbird or Thrush), the Kingfisher cannot be confused with any other Irish bird.

The Kingfisher image, above, is copyright Mark Hoban, used with permission. You can find Mark’s photography on Twitter, at https://twitter.com/the_golf_jedi.

Kingfishers boast a bright orange chest and cheeks, white throat and ‘ears’ and metallic blue crown and wings. The back and tail are an even brighter “electric blue”, almost turquoise, which immediately catches the eye. Interestingly, the only visible difference between the sexes is that the male has an all-black bill while the female’s is black above but reddish below.

I was stopping by a favourite bridge in north Mayo to check if there might be a Dipper, as there often is. None on this occasion, but suddenly, I was treated to the brilliant flash of blue from underneath me, as a Kingfisher flew low and rapidly across to the far bank of the Cloonaghmore River. With binoculars in hand, I was able to observe the bird on a low branch jutting out over the water, but just for a few seconds.

He quickly moved again, around the corner and out of sight.

My first encounter with this beautiful little bird was at a small, fast-moving mountain river in the Cévennes of southern France, back in the 1990s.

More recently, during autumn 2019, I had an excellent and prolonged viewing on sea rocks in Catalunya. This was an extremely obliging bird, as he flew short hops from one rock to another for several minutes. I must admit that, until that moment, I had no idea they were to be found hunting over sea water, believing they were a bird limited to freshwater canal, river and lake.

It was cold and bright yesterday, with temperatures barely reaching +2C all day. I enjoyed dozens of Fieldfare gobbling in a field right in front of me, with Blackbird, Starling and Thrush as company. The weather afforded me the opportunity to snap these nice frozen puddles on a bog track. 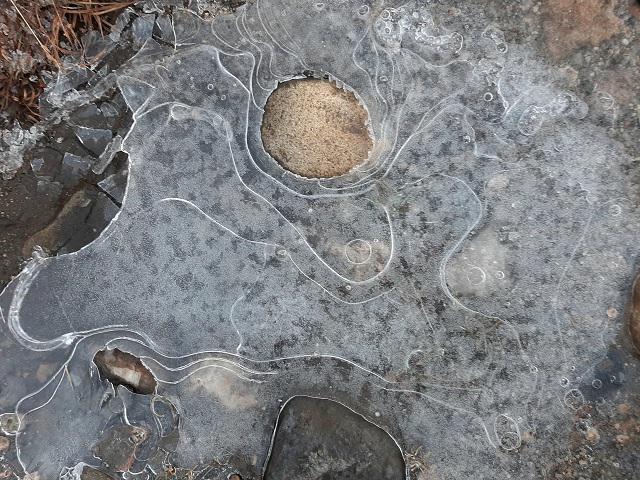 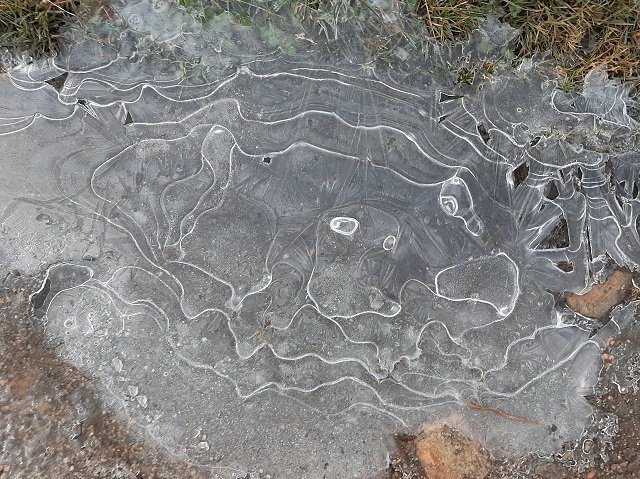 A great day that demonstrates, yet again, why you should never allow bad weather to stop you getting out and about. Stay safe, of course, drive carefully and wrap up warm, but you just never know what wonderful encounter awaits.