Achill Island, off Mayo’s west coast, offers excellent hillwalking, with fantastic ocean views all around. First, however, let’s get the bad stuff out of the way, so we can concentrate on what is magnificent about Achill. 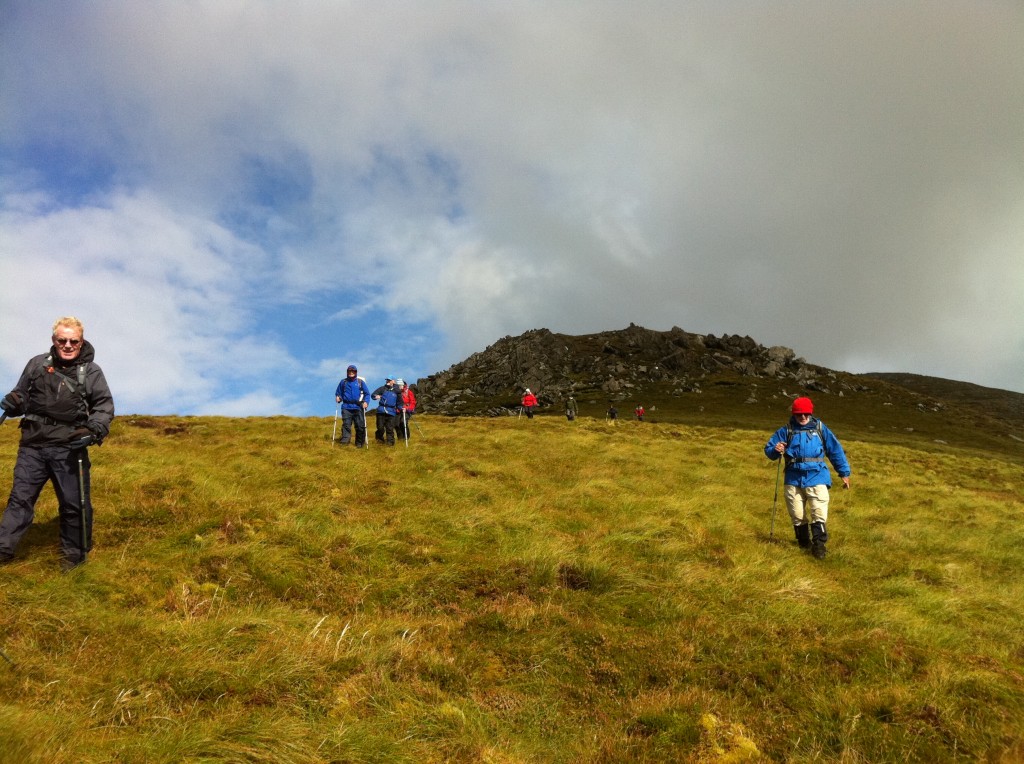 The island has suffered badly from the ‘Celtic Tiger’ period, with numerous hideous developments – both finished and unfinished – blighting its otherwise fabulous landscape. There are the incomprehensible holiday home parks on the slopes of both Slievemore and Croaghaun, with the latter taking the biscuit for inappropriateness. There is the black hole that was (apparently) to be a hotel in Keel village. Then there’s Achillhenge …

However, the hillwalking is truly wonderful.

From the top of Slievemore (671 m), you have superb views of the Mullet peninsula beyond, with the Iniskea and Duvillaun islands to its south and west. A long and rewarding walk westwards brings you past the Napoleonic tower and towards Annagh, one of the most extraordinary places in Ireland, with its lake perched perilously above the ocean, waiting to be one day consumed by the crashing waves.

Hillwalking on Slievemore can be combined with a visit to the famous deserted village below.

A loop walk to the summit of Croaghaun, with Ireland’s tallest cliffs at 688m, takes in both Acorrymore Lake and the stunning corrie lake that is Lough Bunnafreva West, with superb views out to Saddle Head beyond. This is really great hillwalking, where the slightly lower SW top of Croaghaun steals the show, thanks to its sheer smooth rock wall and views along the spine of Achill Head. 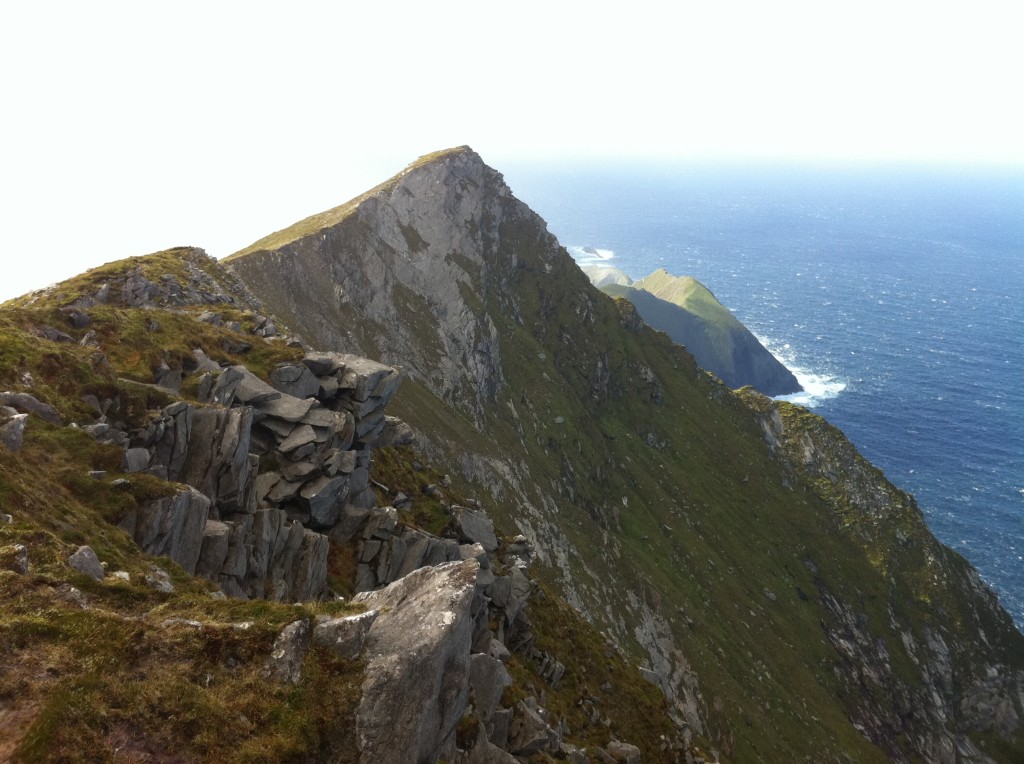 Looking towards Croaghaun SW Top, with Achill Head beyond.

Indeed, just hillwalking from Keem Bay out to Achill Head along the cliffs at Benmore and descending down into the valley with its abandoned booley houses, without ever reaching the dizzy heights of Croaghaun’s cliffs, is a rewarding hike in itself.

The lovely cliff-top walk from Minaun down towards Dooega, hidden away on the island’s south coast, can be combined with a vist to promontory forts further along this rock strewn part of the island’s shoreline. From the top, by the booster station, enjoy lovely views over Keel strand directly below and of Slievemore and Croaghaun in the distance.