Hiking Up and Around Nephin Beg

On Saturday, I left Castlebar at 7.20 am, to begin a climb of Nephin Beg from its eastern side, around 8.20 am. I parked the car on The Western Way and took to the hills from the little bridge over the second stream after the Coillte hut.

As I gained ground, I was quite surprised that the terrain was not wetter and I made steady enough progress. I made the summit from the southeast, looking across the corrie towards pt 311 m, which forms part of the Letterkeen Loop. 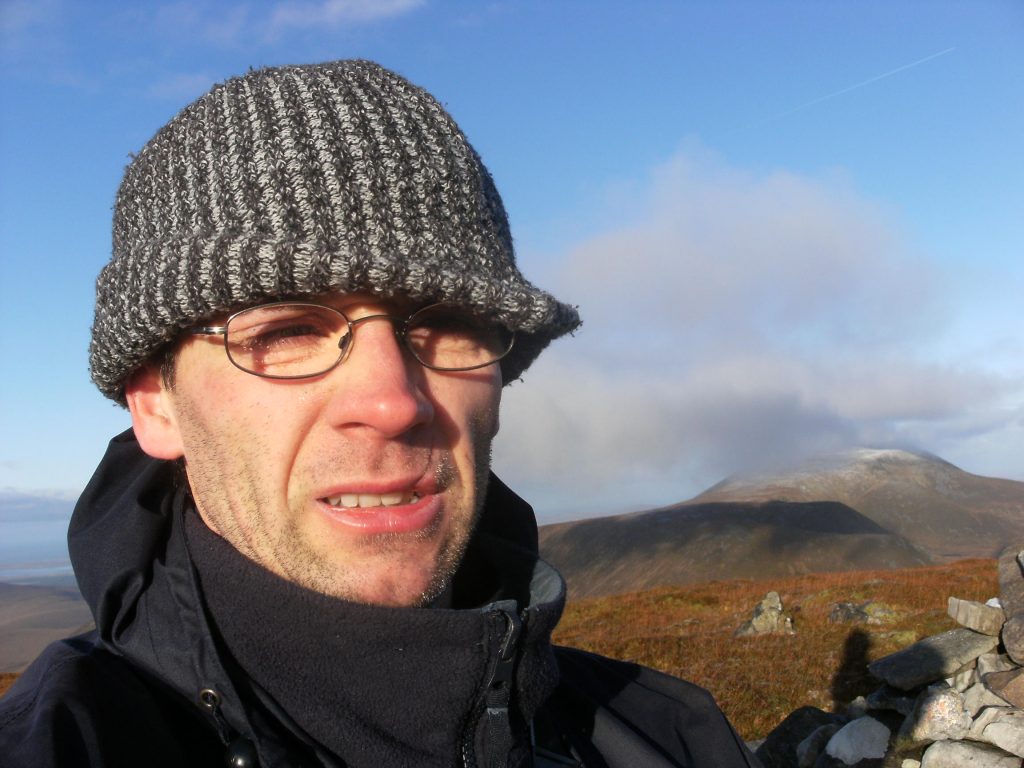 Naturally, once I reached the top, I was no longer sheltered and became subjected to fierce wind and some snow coming in from the west. The views were nevertheless wonderful in all directions, from Achill, Blacksod Bay, The Mullet, Duvillaun and Iniskea Islands to the west and northwest, all the way around the flat Mayo boglands to Nephin Mór in the east and Buckoogh, the southern arc of the Nephin Begs and Corraun to the southwest.

From the summit, I descended northwards and headed for the northern side of the Scardaun Loughs, passing them to the west. I saw seven geese (too far away to positively identify, but presumably White-Fronted, which over-winter here). 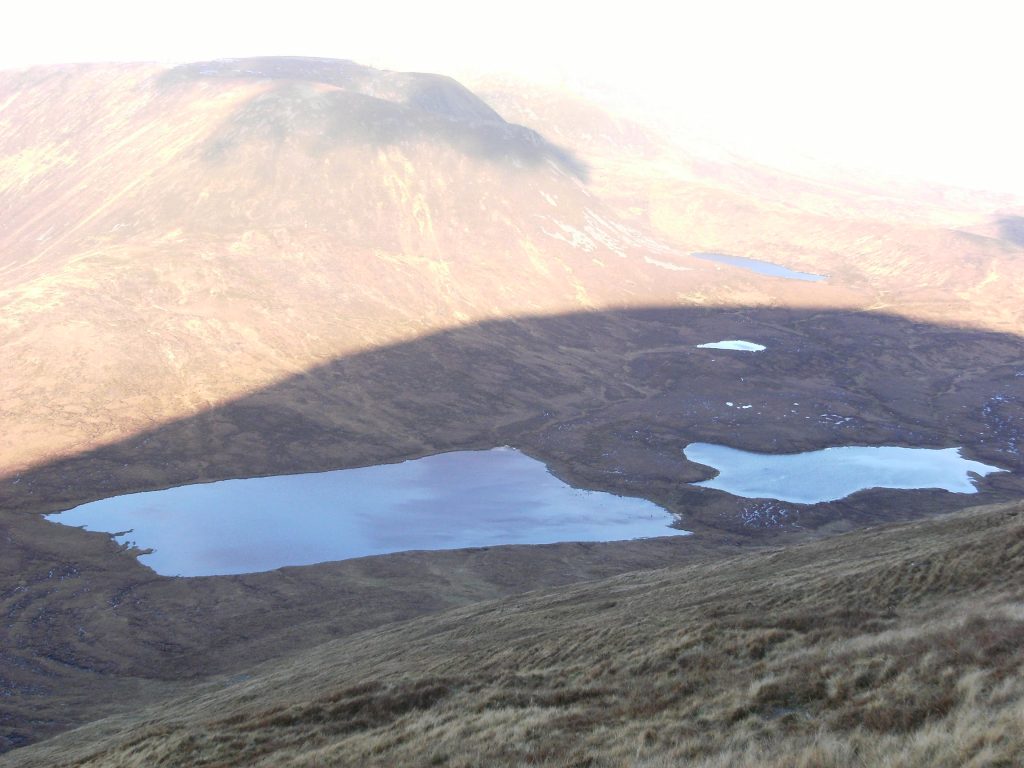 Scardaun Loughs in the shadow of Nephin Beg; Slieve Carr beyond.

Having passed with the twin lakes on my right, I then began to circumnavigate them to the north, underneath Slieve Carr. Swinging around to the southeast on the far side, I began my descent to The Western Way. This section was by far the wettest on the hike, but was nonetheless easily manageable.

To come around Nephin Beg, I followed the tree line, with long, clear views north across the huge plantation forests to the wind turbines and disused power station at Bellacorrick beyond. East of the Loughs, five additional geese came flying overhead from the NE and did not land on the lakes, rather continuing out to the pond-studded Owenduff bog beyond.

Passing Lough Namroon below me, I dropped down into the valley of its draining stream to rejoin The Western Way after a great hike in varying sunshine, snow and heavy rain towards the end. I would return many times to camp near Namroon and spend more time in this wild place.

I hope the video gives you an idea of what this landscape is like.

Section 2 is from on the top of the 627 m mountain, with the camera facing directly west. The result is very strong wind, so you might like to tone down the volume just for that section.