Farbreiga – A Hill with a Strange Name 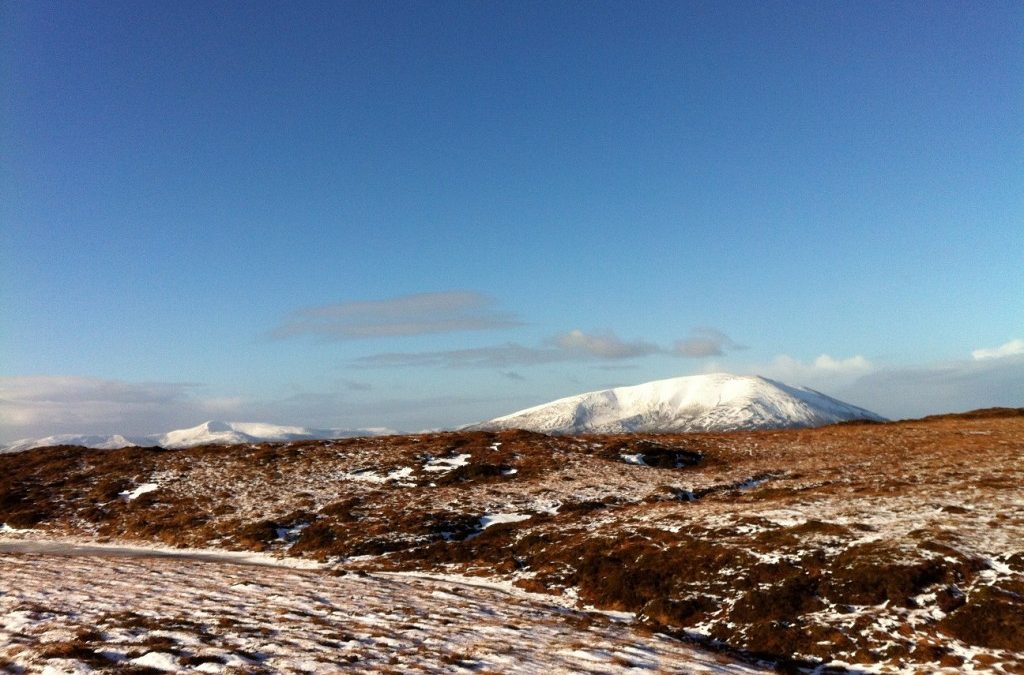 Sixteen km north of Castlebar stands the modest but pleasant hill of Farbreiga. Though only reaching 395m high, a hike up this oddly-named hill offers wonderful views in all directions, especially eastwards over Loughs Conn and Cullin – two of our great western lakes.

‘Fear Bréige’ translates into English as something like ‘false man’, ‘fake man’, or indeed ‘scarecrow’! Wouldn’t you love to know how a hill could have acquired such a name? There may, perhaps, be a clue in its quite distinct conical top. Maybe, from a particular angle, it looks like a head. I’ll have to investigate further … 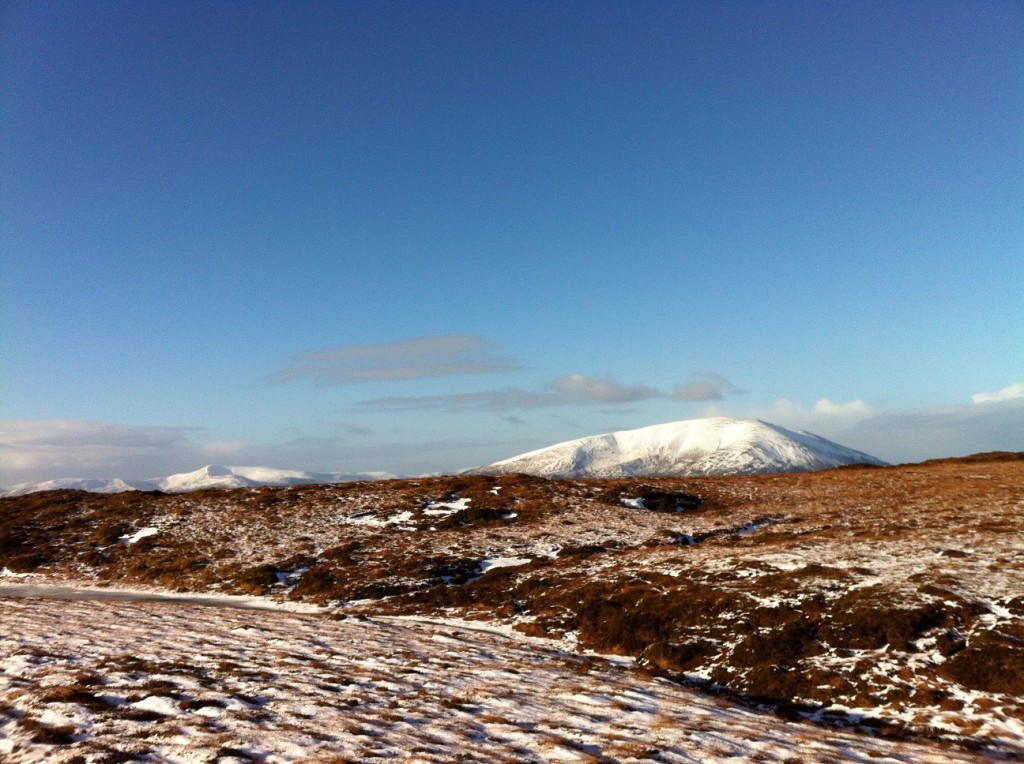 Leaving a side road at Derreens, north of Castlebar, the walk takes us onto part of the old Foxford Way *, heading north to the east of the hill. When a relatively high point is reached, we swing westward and make for the trig pillar on top of Farbreiga. Note that these early, low stretches of bog are absolutely covered in bog myrtle. Very nice indeed. Later, having reached the top, the views are really splendid and it is worth moving along the ridge to the north so the best views of Nephin beyond can be enjoyed. Don’t forget to glance back in the direction from which you’ve come. You’ll see the outlines of long-abandoned fields, with their distinctive parallel lines formed by hedges or walls no longer maintained. The relentless bog now blankets everything. The descent is then eastwards back down to the same track as before. 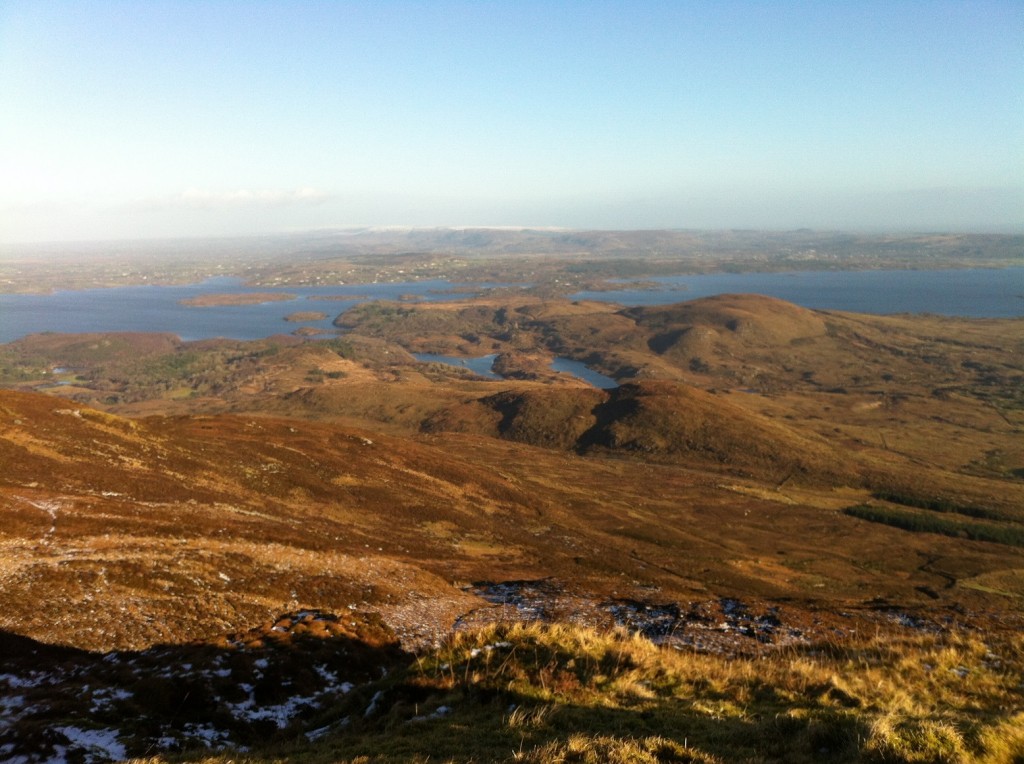 * Note : The Foxford Way, as it used to be, seems no longer to be a waymarked way and there is no reference to it on any website that I could find.