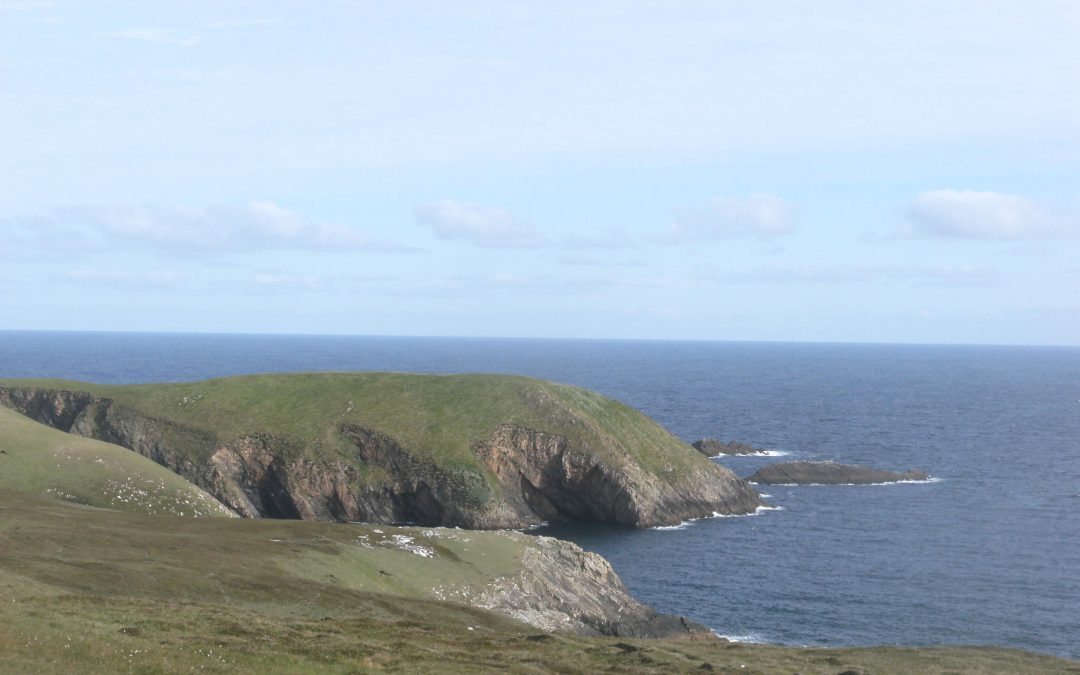 Erris Head cliff top walk is perched at the very edge of Ireland, beyond Belmullet in northwest Mayo.

A spectacular site, with wonderful views out over the North Atlantic, offshore rocks and islands, as well as World War II remnants, a stroll here affords great opportunitiers to see birds and grey seals.

This easy-level 5km loop will take around 1.5 to 2 hours at a relaxed pace, enough time to take in both the views and the interesting heritage site.

But there’s more to Erris Head than the seacliffs.

This is a land of endless bog, at the northern end of the Mullet peninsula. The drive up to the little carpark is itself worthy of the journey. Once there, jump out of the car and enjoy the sea air. But also notice the work that has been done by successive generations to eke out a farm capable of supporting a few families.

World War II remains along the route include one of Ireland’s LOPs (Look Out Posts) and its associated Éire sign (number 62) on the ground nearby. In another blogpost, you can read more about Mayo’s LOPs and what their purpose was.

There’s no need to rush around this short loop for this, truly, is the end of Mayo.

Erris Head walk features as part of the annual Western Ocean Walking Weekend, during which we are based on the beautiful Mullet Peninsula. 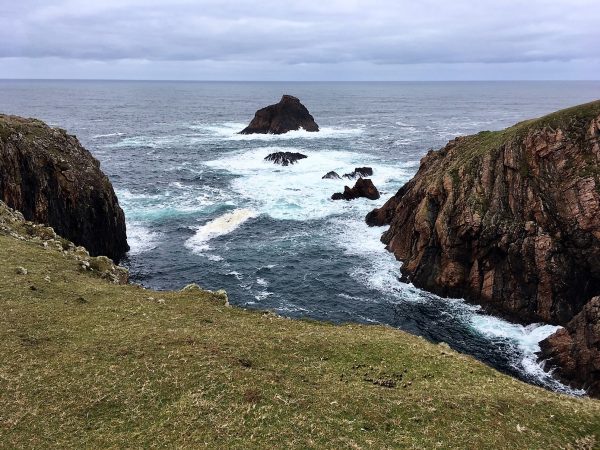 Once in Belmullet (Béal an Mhuirthead), take the last exit off the roundabout and continue straight past the two supermarkets on your left. A few km north of the town, turn left after the GAA club, immediately having crossed the small bridge. From there, continue straight on to the little carpark at the trailhead. There are signs all along this route.

Bring good footwear, for the trail can be wet in places.

Pay great attention to the cliffs and do not approach unnecesarily close to the edge.