Daly’s Hotel Castlebar Must be Saved 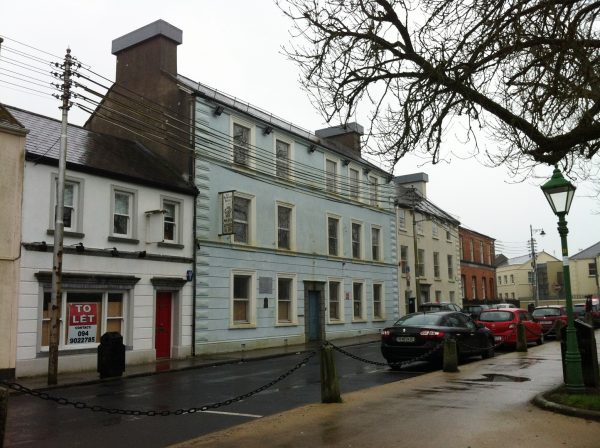 Standing on the beautiful Mall, a treasure any town would desire, is the terribly dilapidated Daly’s Hotel Castlebar.

The Mall is Castlebar’s jewel, a lovely small park that was once the cricket ground of the then landlord of the town, Lord Lucan (Bingham). Boasting the County Council HQ, Library, Garda station, 1798 Memorial, John Moore’s grave, Wesleyan Church, Church of Ireland and a magnificent courthouse, this is the centre of power, past and present in the county town. On one side, sadly neglected, lies Daly’s Hotel (aka Imperial Hotel), one of the most important buildings in the entire country. 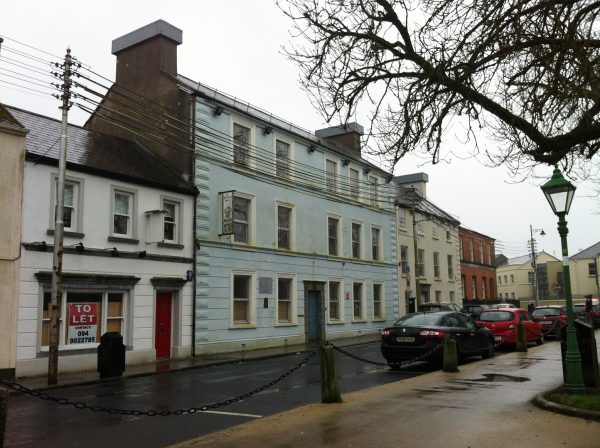 Following the establishment of its predecessor, the Mayo Tenants’ Defence Association in 1878, the Land League of Mayo was founded in Daly’s Hotel Castlebar, on August 16, 1879. James Daly became Vice-President, while Michael Davitt wrote the core objectives, namely to defend tenants’ rights and to bring about the conversion of tenants into owners of their land. Along with CS Parnell and others, both Davitt and Daly were then involved in the formation of the Irish National Land League, in Dublin, later that same year.

That one of the most important movements in Irish history can be traced back to a meeting held in Daly’s Hotel Castlebar is without question. The Land League and its demand for the “Three Fs” of fixity of tenure, fair rent and freedom to sell would lead directly to the abolition of landlordism in Ireland and, eventually, to Irish independence. The origins of this State can be traced straight back to this abandoned building. 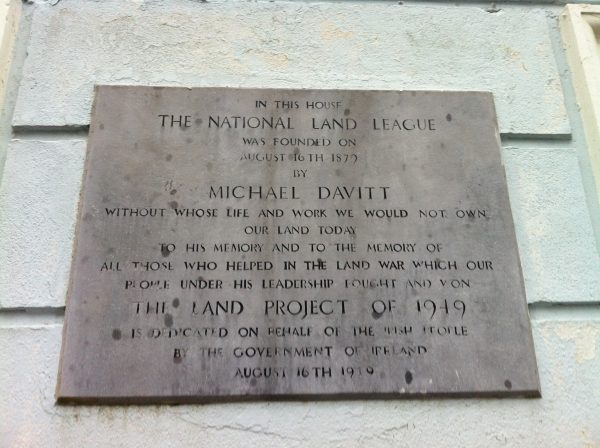 When I came to live in Castlebar in the late 1990s, Daly’s (then called the Imperial Hotel) was past its prime but very much still alive. Friday evening drinks in the bar were a frequent occurrence and I even used the meeting rooms upstairs on multiple occasions. It was quaint and in need of some TLC, but there was no doubting the sense of hugely important history within its walls.

That this building has not yet been saved is a terrible shame and an indictment of the State’s apparent disinterest in our nation’s history. From time to time, there is talk of saving the military barracks in Castlebar and I’m all for that. But to save those buildings, legacies of a foreign imperial power that controlled our country for far too long, rather than Daly’s Hotel Castlebar, which represents the great and noble struggle of 19th Century Ireland, would be a huge mistake.

It’s 2017 and I call on the government and Mayo County Council to secure the future of this important building and to bring it back to life.

Rather than looking at the building as one unit (it’s unlikely to become a hotel again), this building in a prime town centre location could be divided between the various services located on the Mall. Parts could be allocated to the Motor Tax Office, Courthouse, County Council itself, Library and maybe even the boxing club or small craft enterprises. Other sections could become low-rent business units and hot desks for start-ups under the management of the Local Enterprise Office and/or GMIT’s Innovation Hubs. One room should be retained as a museum to Davitt, Daly and the Land League.

Whatever can be done, must be done.