Corraun Peninsula – Between Island and Mainland 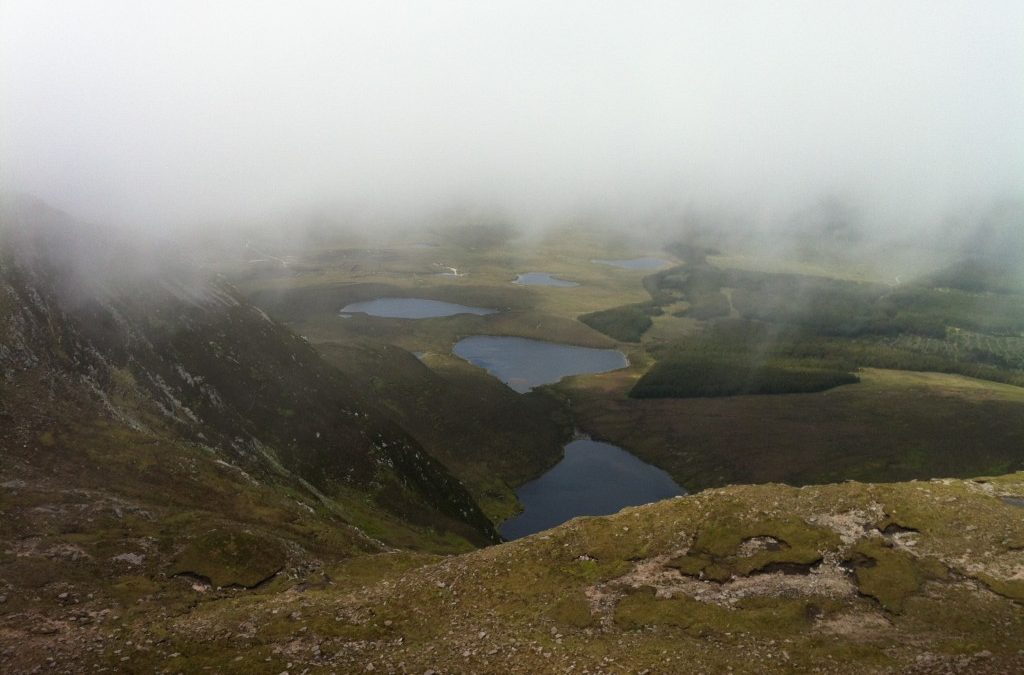 Corraun is kept attached to the Irish mainland by rocky boggy land to its east, barely 800 m wide. Off its western shore, meanwhile, a channel just 150 m wide holds Achill Island at bay.

The Corraun peninsula, 99% surrounded by water, may as well be an island in its own right. Indeed, with only a single road running around its waters’ edge, the inner Corraun can only be discovered on foot. Luckily, a hike is well worth the effort.

Corraun boasts two small mountains, Knockletragh (452 m) to the north and the more impressive Corraun Hill (541 m) to the south. If you are driving around Corraun along its southern shore, don’t let the harmless looking southern slopes of Corraun Hill fool you. This mountain has excellent cliffs and wonderful corries on its northern flank. 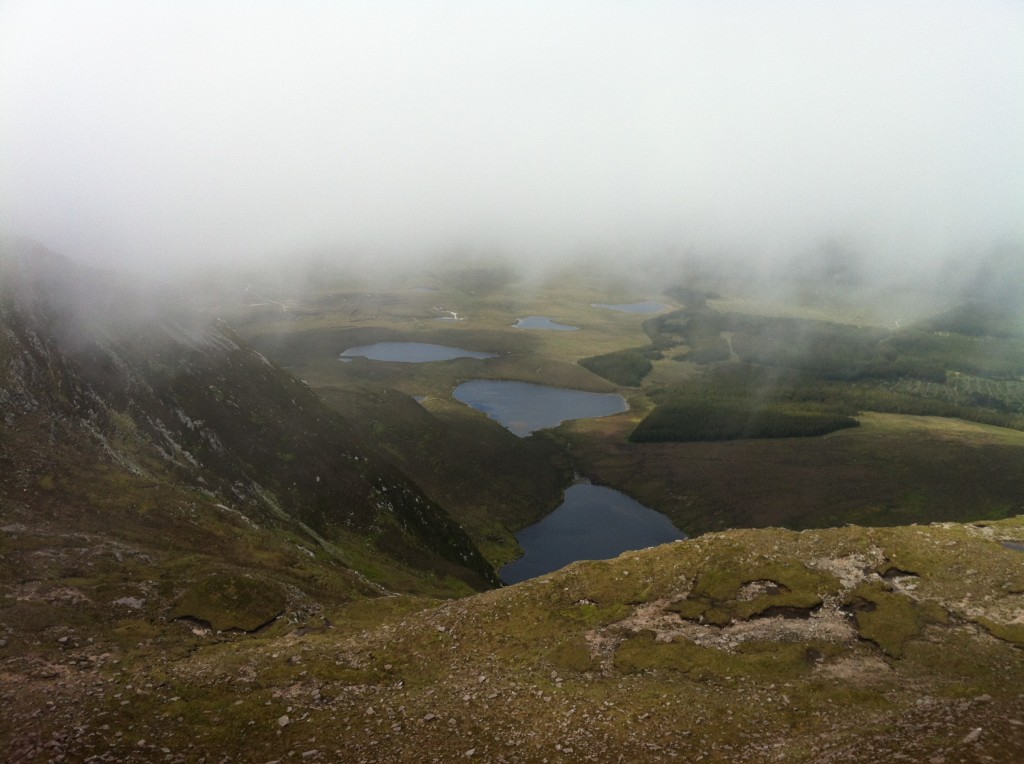 A glimpse of the lakes on Corraun

Although its raw, barren beauty has been somewhat lessened by plantation forests, the valley that lies between the two mountains remains a gem. A close inspection of the map reveals about 14 lakes of varying sizes, including the 3 lovely corrie Loughs Knockacorraun, Cullydoo and Cullylea.

I recently hiked Corraun from east to west, then cycled back along the northern road and parts of the Greenway. Note that the Greenway is not all off-road on the stretch from Mulranny towards Achill and I would not recommend this section for families with children. 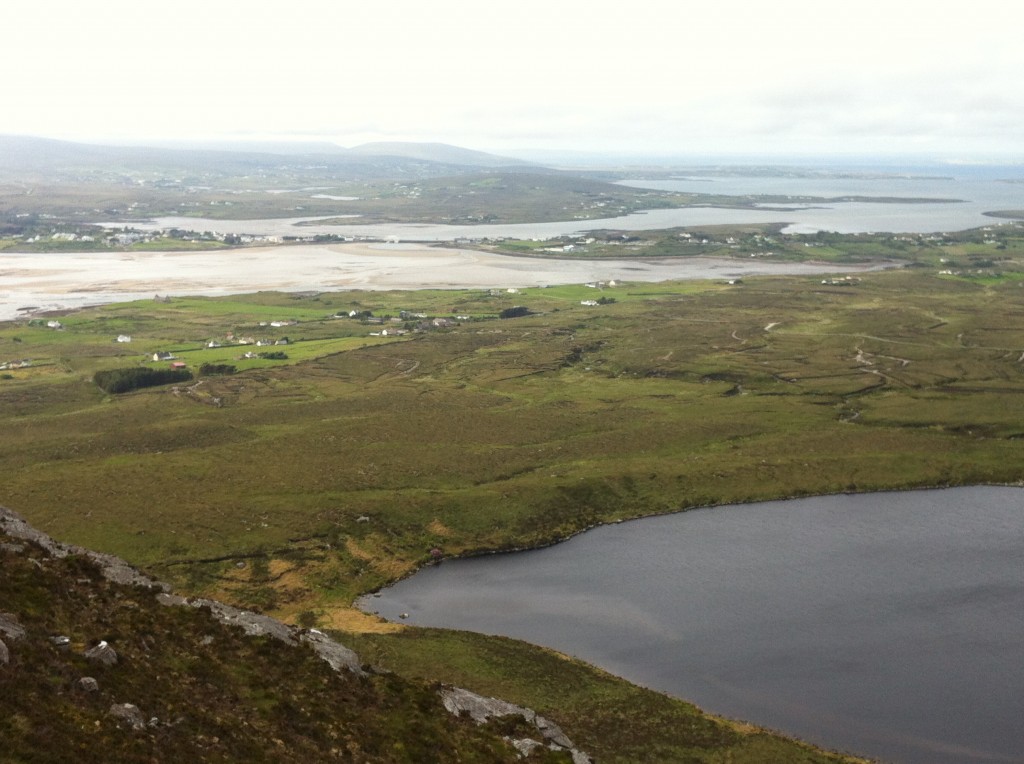 Looking towards Achill Island from Corraun

The hike requires a long 2 – 3 km stretch in from the road, across boggy terrain, before an ascent onto Corraun itself can be commenced. While there is no entirely satisfactory route to take, I would recommend one that goes roughly NE – SW, so that the views down towards Mulranny and Clew Bay beyond can be enjoyed.

The initial drag is worth it, though, as the views across Clew Bay are spectacular and those of the hidden valley to the north are very pleasant too. I descended towards Achill Sound, past Loughaun, the largest of the lakes, changed my footwear and cycled off back to my start point just outside Mulranny. A great day.