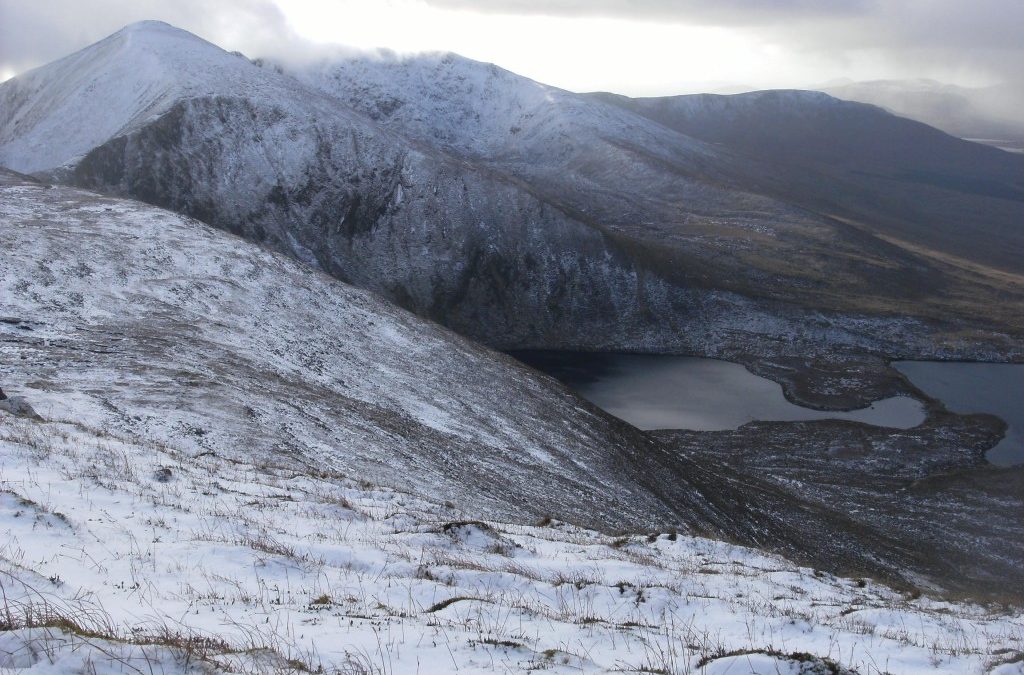 I like Corrannabinnia very much. Let’s make that clear from the start.

At 714 m and the second highest point of the Nephin Beg range, Corrannabinnia is surely one of the highest peaks in Ireland not to be named in OSI Discovery series maps. Strangely, lower points on this mountain massif, such as Glennamong, Bengorm and Claggan Mountain are all named, while the high point goes unacknowledged. Part of the reason for that is perhaps that Corrannabinnia isn’t, in fact, its name at all. 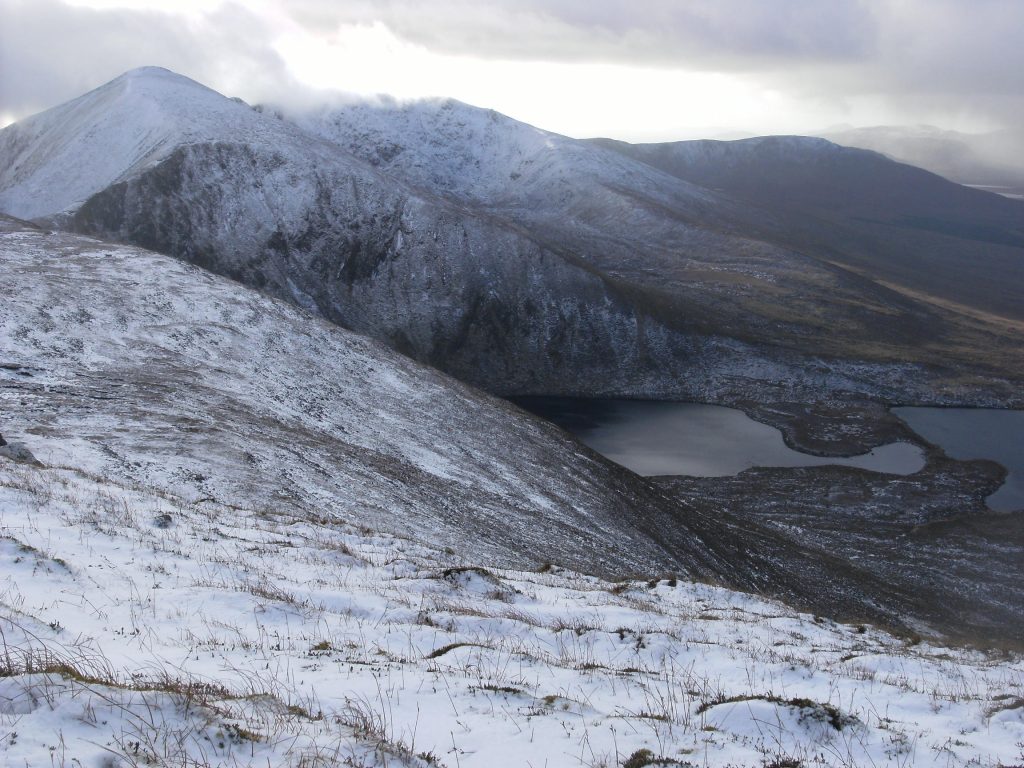 The true name of this very lovely mountain is Coiscéim Carrach, ‘The Rocky Step’, sometimes anglicised into Cushcamecarrach, or simply Cushcame. Indeed, this is a more apt name than the one more typically employed which, for its part, translates as ‘The Hollow of the Peak’. This should be limited to the lake which carries the name and lies beneath the mountain on its cold, damp northern side.

The Glendahurk Horseshoe, with Corrannabinnia as its climax, is a serious day’s hiking in west Mayo. I always complete it anti-clockwise, starting with the long trudge up the grassy (boggy) slopes of the outlier that is Bengorm. Once up there, there is another “down, up and down again” before tackling the pull to the rocky summit. Rocky summit, you say ? A rare treat in Mayo. The real delight, however, lurks beyond. Crossing the inviting arête between Corrannabinnia’s summit and its SW Top is perhaps Mayo’s finest hillwalking moment after Mweelrea’s numerous charms. With plantation-blanketed Glendahurk valley below on one side and the sheer drop to the awesome Owenduff Bog that makes up the bulk of Ballycroy National Park to the north, this is a fabulous stretch. The descent southwards off the SW Top beyond is gentle, through heather and turf hags. 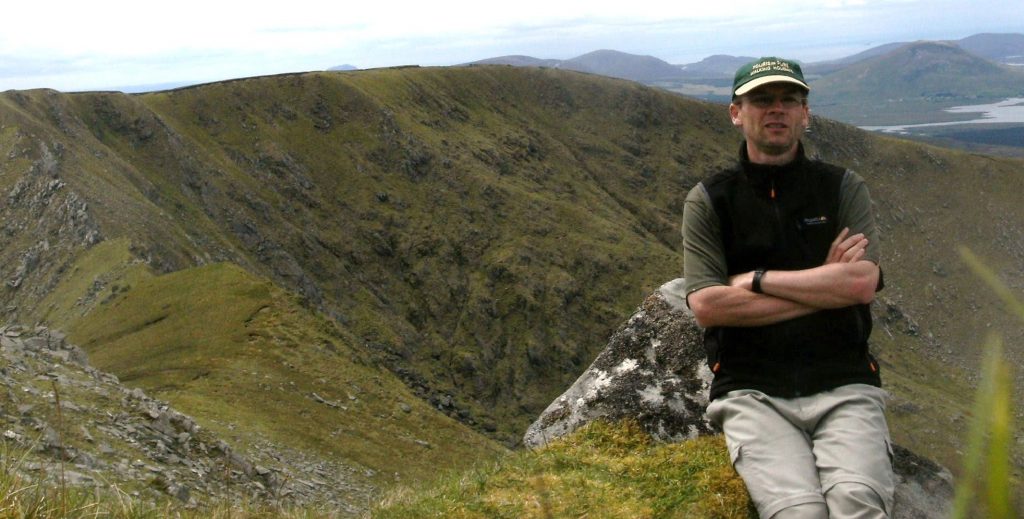 At points along this loop, you can view the legendary Bangor Trail winding its way from the north, the surrounding mountains of the Nephin Beg range, Clare Island out to sea, or the peaks of Achill Island to the west.

This is a great walk that starts and ends 2.5 km up a track to the north of the Newport to Mulranny road. It only requires one car because the loop is a complete one, depositing you back exactly where you began. If you’re feeling energetic, leave your car at Newport and cycle to the start, along the Greenway. There is a fabulous variety of views offered, from over Lough Feeagh while ascending, to across the huge bog of the National Park while at the top, to across Clew Bay’s drumlin islands towards Croagh Patrick beyond while descending.