Ireland’s western province, Connacht, holds an especially intriguing place in the national self-perception. Far from the seat of power and the more densely populated Leinster, Connacht is a little-understood part of our country. 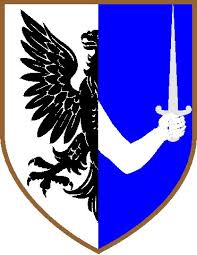 Coat of Arms of Connacht

As far back as the first millenium, Connacht was already seen as different, wild and distant. An early poet described the characteristics of the (then) five Cúigí, or provinces, of Ireland. While Ulster was about war, Leinster about wealth and Munster about music and art, Connacht was said to be about learning. Cúige na Mí, of course, was about kingship. This idea of Connacht being about learning may perhaps come from the notion that druidic influence may have lasted longer out west than elsewhere in a land being increasingly dominated by Christian teaching. ‘Learning’ evokes notions of druids’ knowledge, teaching, stories and chronicles – essentially the domain of people more in tune with their natural surroundings, their own culture and the teachings of elders passed down over the millenia.

During the Middle Ages, then, came the famous declaration, attributed to Cromwell, of “To Hell or to Connacht”. In the 1650s, as English efforts to suppress the resisting Irish continued, Cromwell’s army was trying to shift the native Irish away from the fertile lands of the east and south of the country. The choice facing the displaced Gaelic Irish was, essentially, between ‘hell’ and the far-away, infertile, damp and rocky boglands to the west.

By the late 19th Century, Connacht was firmly depicted as the real, the essential, the historical Ireland. Rural, poor and agricultural, the province was very much the opposite to the rich, urban, developed, sophisticated east (which, of course, was in turn backward compared to the affluent and sophisticated London and England of that era).

Connacht continues to evoke two very different images among the Irish. Is it, on the one hand, backward, conservative and inferior ? Or, on the other hand, is it uncorrupted and deeply rooted ? Is Connacht desolate and isolated, a land covered by endless useless wet and boggy ground ? Or is it, in fact, natural and unconstrained in its beautiful simplicity ?

Today, Connacht comprises the five counties of Sligo, Leitrim, Roscommon, Mayo and Galway. With a population of just over 540,000, it is the least populated province of Ireland and, apart from Galway city (75,000), has no urban area with more than 25,000 residents. The province is roughly bordered to the west and north by the Atlantic ocean, to the south by the Burren of Co. Clare and to the east by the River Shannon, although half of Leitrim is, in fact, on the east side of the river.

Ireland’s largest offshore island is Achill, Co. Mayo. The country’s only true fjord, the Killary, forms part of the border between counties Mayo and Galway. Our second largest lake, Corrib, is mostly in county Galway and other great lakes of Connacht include Loughs Carra, Conn, Cullin and Mask. Mountain ranges include the Nephin Begs of Mayo, the Twelve Bens and Maumturks of Galway and the smaller ranges of Dartry and Ox in Sligo. Northwest Mayo contains the two largest tracts of land in Ireland without through-roads.