Bingham of Castlebar, Earls of Lucan 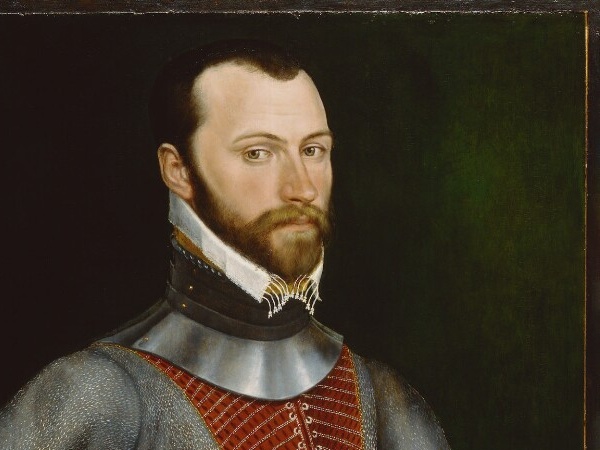 If you ask a person with only a passing interest in the history of landlordism in County Mayo for a single surname, they’re quite likely to give you Bingham, or their adopted title, Lucan.

This was in the time of Gráinne Uí Mháille (Granuaile), with whom he had repeated struggles.

Bingham was an English soldier and naval commander who had served in many theatres, including today’s Spain, Cyprus, Scotland, Belgium and Greece. He first became relevant in Ireland when, as naval commander, he played a role in the crushing of the Spanish & Papal landing at Smerwick Harbour in Kerry, during the Second Desmond Rebellion in 1580.

The Binghams were a family of great antiquity, going back to the times of Henry I in the 12th Century, holding lands in Dorset and Somerset in SW England. By the time of Henry VIII, in the first half of the 16th Century, Robert Bingham of Melcombe was the head of the family; Richard was his 3rd son.

Bingham is perhaps most famous, in the Mayo context, for his brutal suppression of repeated rebellions by the Gaelic Irish and his annihilation of Spanish survivors from various Armada wreckages along the Mayo coastline during 1588. In 1586, for example, Bingham confiscated the Burke (De Burgo) lands and castle around Castlebar and granted them to his brother, John. The latter, however, died without issue.

“The Burkes were hunted from place to place; 4,000 or 5,000 head of cattle were taken; 100 or 120 rebels were slain; the rest dispersed and sent in messengers for pardon… Edmund Burke McRichard Enerrine, son to the last McWilliam save one, William Bourke, Moyler Oge Burke, the Joies, and Riccard Burke… submitted themselves and gave pledges. They were so ghasted with fear, by reason they were so roundly followed, that they looked rather like ghosts than men. Edmund Burke’s sons, of Castle Barry, persisted in the action. Their father, a notable traitor, was executed by course of the common law, in order that her Majesty might have his lands…After this his sons offered to submit…” 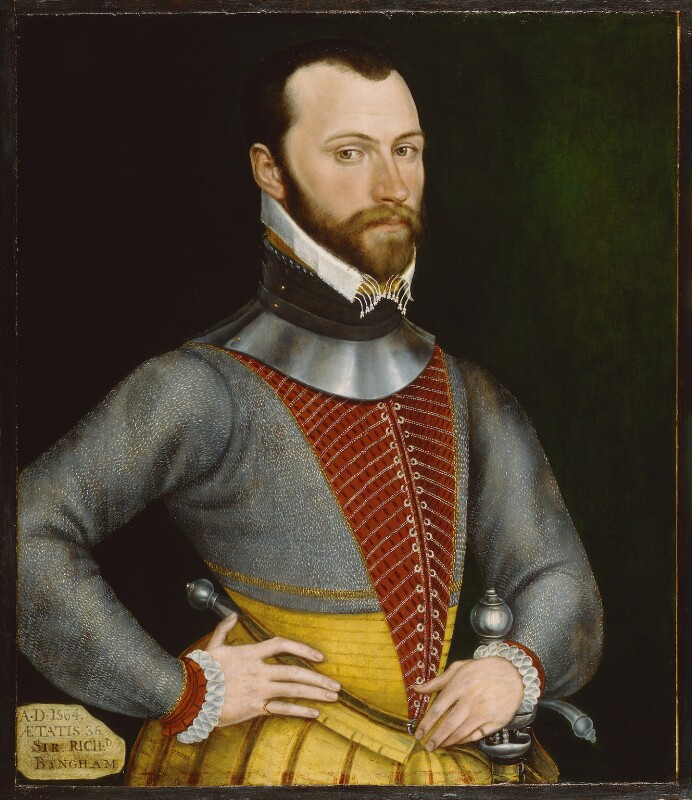 During Richard’s brief appointment to The Netherlands in 1587, another brother, George, took his place. George would later become Sheriff of Sligo, based in Ballymote.

Sir Richard Bingham, having briefly held appointments as Marshall of Ireland and General of Leinster, died in Dublin in 1599.

As Richard had a daughter, Martha, but no male heir, his brother George’s son, Henry Bingham, acquired his lands in Connacht.

[As an aside, Sir George only had one other child, John, whose line would eventually lead to Denis Bingham (1818 – 1902) of Bingham’s Castle on The Mullet Peninsula, but that’s another story…]

Sir George was married twice, with his first son, Henry (1654 – 1714) succeeding him as 3rd Baronet of Castlebar and High Sheriff. Upon his death, the younger son, George (? – after 1727), by George’s second marriage, became the 4th Baronet, because his half-brother from the first marriage had died childless.

Indeed, it was this Sir Henry who was granted large tracts of forfeited land in County Mayo during the late 17th Century and he added to these by purchases around the turn of the century, including some of the estate of Colonel John Browne of Westport. He also bought lands in the baronies of Carra and Gallen, at least up until 1708.

“ Sale of Aghadrinagh and other lands in the barony of Carra; Robert Johnson of Dublin, Sir Richard Leving of Dublin, Thomas Bligh of Rathmore, Co Meath and Col John Browne of Westport to Sir Henry Bingham of Castlebar, for £1,119. “ 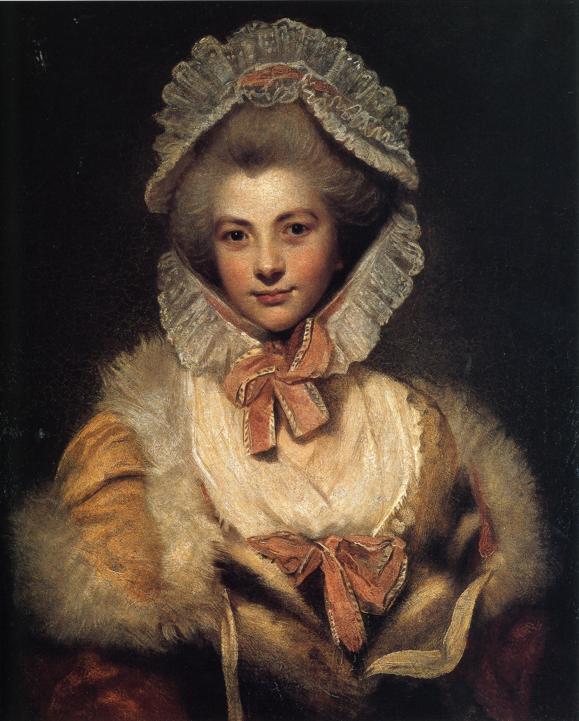 It was during Richard’s time as Earl that the new residence of the Lucan/Bingham family in Castlebar at Lawn House was built (designed 1825), now St. Joseph’s Secondary School.

Richard’s son, George Charles (1800 – 1888), 3rd Earl, became one of the most despised landlords in the country. Known as the ‘Great Exterminator’, he evicted large numbers of his tenants. George Charles was Lord-Lieutenant of Mayo during the Great Famine.

His most infamous attributed quote, on the subject of the mass evictions he carried out during the Famine years, was that he “would not breed paupers to pay priests”.

George Charles was also instrumental in having the Castlebar workhouse founded and built around the time of the Great Famine, though he would later have it shut to new admissions at the height of the disaster.

“The [work]house is closed against the admission of paupers during the present trying visitation on the poor, but the condition of those confined in the house, upwards of 100, is not generally known. I am a frequent visitor of the workhouse; after inspecting each class of the inmates, and I am pained to have to state that almost every individual of the 100 or more are showing striking signs of haggard and famished looks; the provisions, oaten or Indian meal, is supplied very irregularly, often not sent to the house until an advanced hour of the day, in quantities of 200 lbs. or so, but never in a large or satisfactory supply. Turf is most irregularly supplied; on many days not all sent, the cause of having the breakfast meal deferred to one or two o’clock, p.m. On New Year’s Day the paupers had only one diet, and that at a late hour. The master states that he is obliged to permit the paupers to continue in their beds for heat’s sake.”

It was George Charles (below) who, in 1854 during the Crimean War, was one in the chain of command that ordered the so-called ‘Charge of the Light Brigade’ at the Battle of Balaclava.

Incidentally, he married Anne Brudenell in 1829, seventh daughter of the Earl of Cardigan, but she is said to have detested living in Co. Mayo and they separated in 1854, having had two sons and four daughters.

For greater detail on George Charles, read this article from the Dictionary of Irish Biography.

His son, Charles George (1830 – 1914), the 4th Earl, was a more popular landlord with the local people and is notable for being the first landlord to sell out to the Congested Districts Board. From 1898 through to 1905, in particular, the vast bulk of the family holding was dispersed of, with additional large tracts in 1911. He also presented what is now known as The Mall to the town of Castlebar. 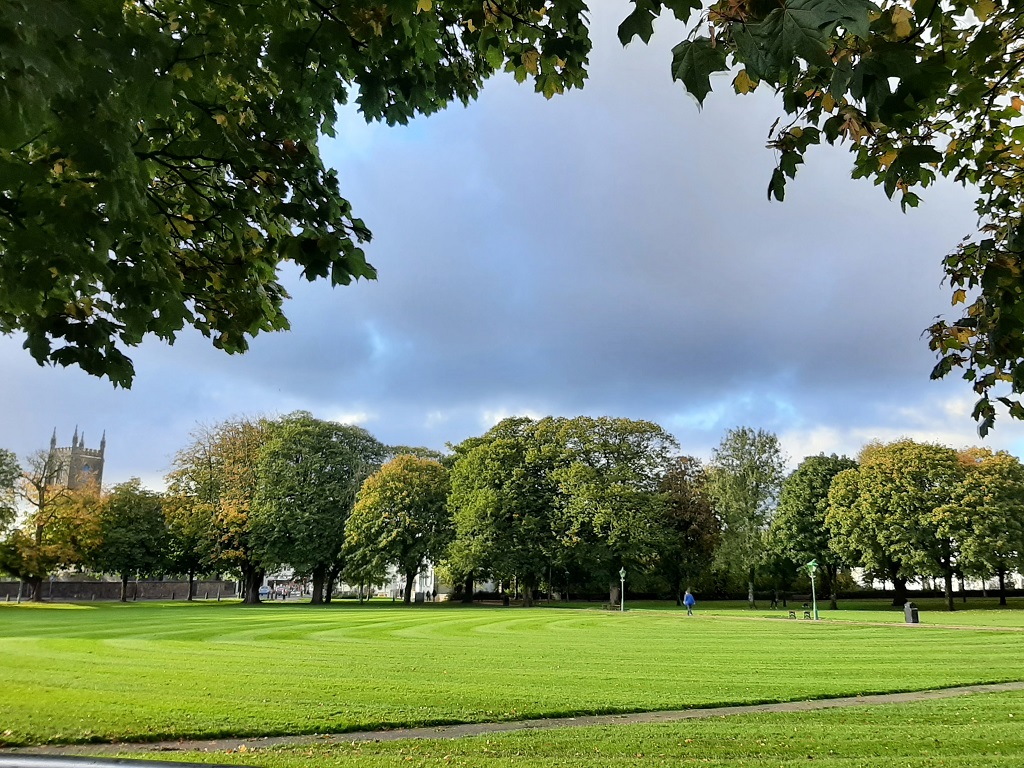 Upon its disposal, Lawn House (aka ‘The Lawn’) was occupied by Frederick George Townsend Gahan, an Inspector at the Congested Districts Board and Civil Engineer.

George Charles Bingham, the 5th Earl of Lucan (1860 – 1949), was Charles George’s eldest son. He fought in the First World War as colonel and would later become an aide-de-camp to Britain’s King George V.

George Charles Patrick, 6th Earl, (1898 – 1964) was the last person born prior to Irish independence to hold the title.

His son was the notorious Richard John, born in 1934, who suffered huge gambling losses, is presumed to have murdered his children’s nanny and disappeared in 1974. He was eventually declared deceased in 2016.

I will endeavour to add to this post over the coming months, with some additional information regarding the more ‘interesting’ Binghams.

I’d like to acknowledge well-known local historian, Brian Hoban, who passed away earlier this year. Snippets of this post have been copied from some of Brian’s many articles about the history of Castlebar and its hinterland.

I have another landlord-related post about the Blakes of Towerhill near Carnacon.

Sources, in addition to those quoted above :