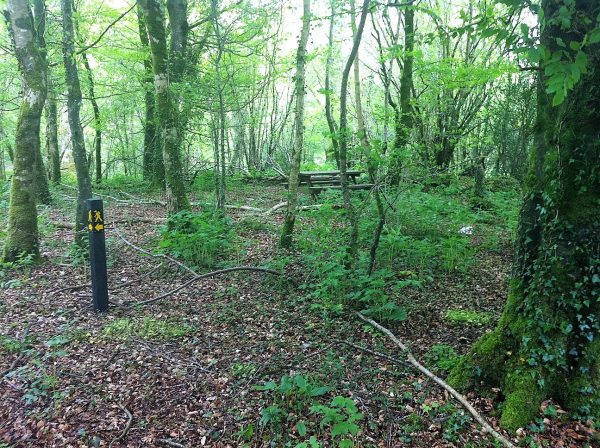 From Round Tower to Abbey

Our round towers and abbeys are among the most visible still extant reminders of early and medieval Christian Ireland. While the former date from the 9th to 11th centuries, what remain of our medieval abbeys tend to be from the 12th to 15th. This Balla to Ballintubber walk links examples of both.

In Mayo, we have five remaining round towers and multiple abbeys and friaries, including the most magnificent of them, like Rosserk, Moyne, Murrisk and Burrishoole. Just across the border in north Galway is perhaps the finest in the West of Ireland, at Ross Errily.

This first section of the 60km+ Croagh Patrick Heritage Trail almost links Balla round tower with Ballintubber abbey, although a diversion is required. An easy trail, we traverse nice small sections of broadleaf woodland, fields and numerous interesting sights. Unfortunately, almost 50% of the route is on roads, minor as they are. 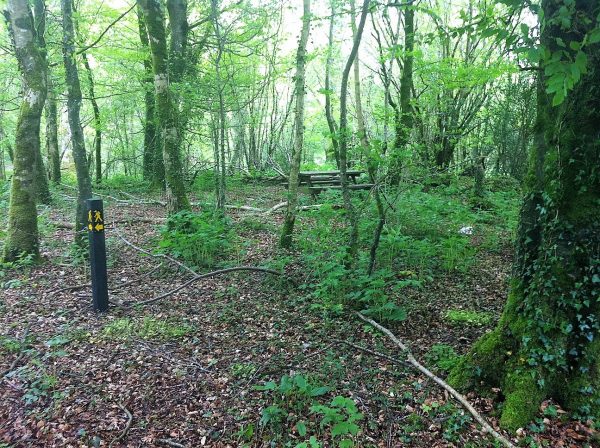 The abbey at Ballintubber was founded by Cathal Ó Conchobhair, King of Connacht, in 1216 and recently celebrated its 800 years. An abbey of the Augustinian Canons Regular, it was substantially destroyed by Cromwellian forces in 1653, but continued in service while roofless and has been rebuilt, most notably in 1966 to celebrate its 750 years.

Although by no means a spectacular walk, this 15.5 km from Balla to Ballintubber is nonetheless a pleasant stroll, taking 4 to 5 hours. Along the way, you’ll see ringforts and ruined castles, notably the one at Donamoma. It was here that numerous Gaelic lords submitted to the authority of Richard Bingham, Lord President (Governor) of Connacht, in 1588.

A tougher walk in winter than in summer, due to waterlogged and boggy stretches, this season does, however, bring the additional attraction of numerous turloughs along the way. Mind you, you’re unlikely to keep your feet dry!

Somewhat bizarrely, once you’re at Ballintubber Abbey, you have the choice between two paths if you wish to continue onward towards Croagh Patrick and Murrisk. You can either regain and follow the Croagh Patrick Heritage Trail, or simply depart the abbey on the Tóchar Phádraig.

The route is well marked (if not entirely accurately) on OSI Discovery map sheets 31 and 38. You can make do without the latter, as it only covers a little bit of the trail.