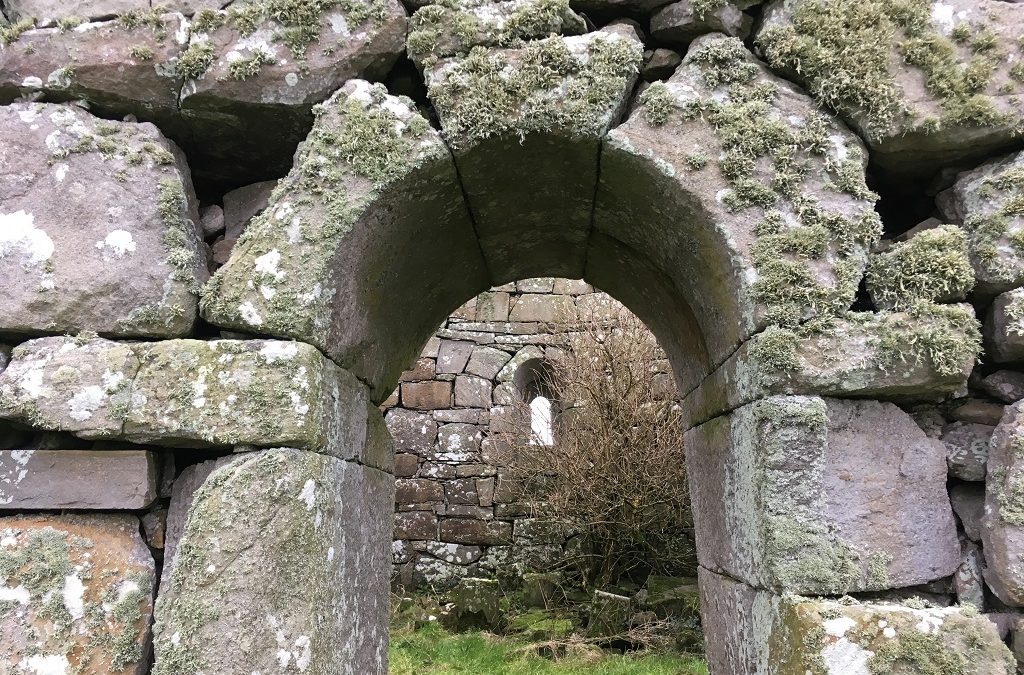 The little ancient church at Kilcummin, near Killala in North Mayo, is well worth a detour. It was a beautiful crisp day when I visited in January.

Kilcummin (not to be confused with Kilcommon, further west towards Belmullet) is a place of some historical importance, as it was here that General Humbert landed with his small French force on the Concorde, Franchise and Médée in August 1798, in a futile attempt to help the Irish effort during the dying embers of the failed 1798 Rebellion.

But it’s much further back in history we’re concerned with here.

The small ruined church is attributed to Saint Cuimín, who may or may not have been the 7th Century person of similar name associated with Clonfert, Co. Galway. 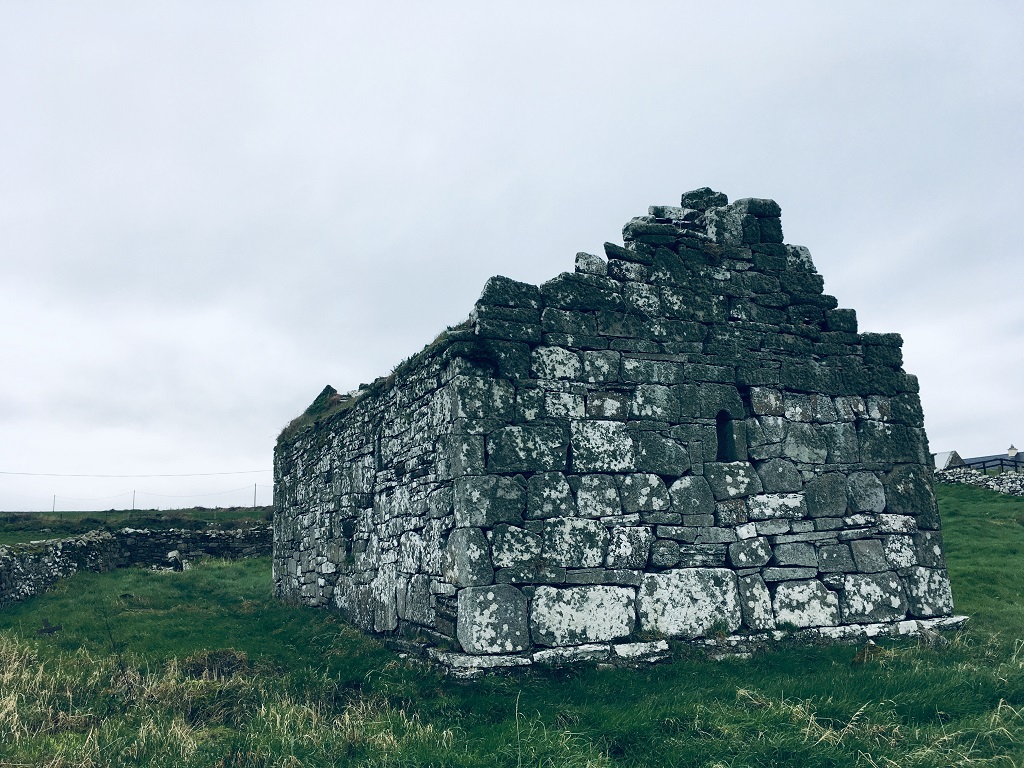 This is a stunning church, dating from perhaps the 10th or 11th Century, with massive stones forming the base of its walls (so-called “cyclopean masonry”). It boasts two windows, one each in the east and south walls, along with its entrance door in the west.

Around the church can be found both St. Cuimín’s ‘holy well’ and what is traditionally considered to be his leacht. 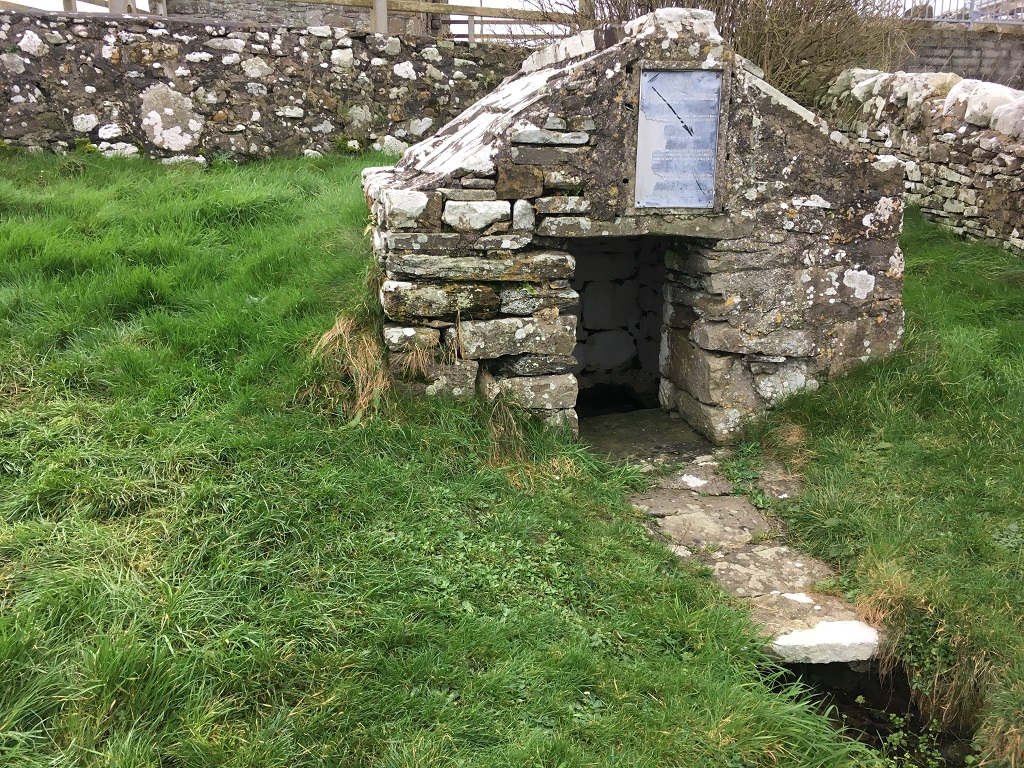 The setting, too, is very pleasant, with expansive Killala Bay just behind and the picturesque quay in the village.

St. Cuimín’s supposed grave site is marked by very nice standing stones and an inscribed slab, showing a cross and circular forms, possibly representing the sun. Just a few metres away is the interesting sundial stone. 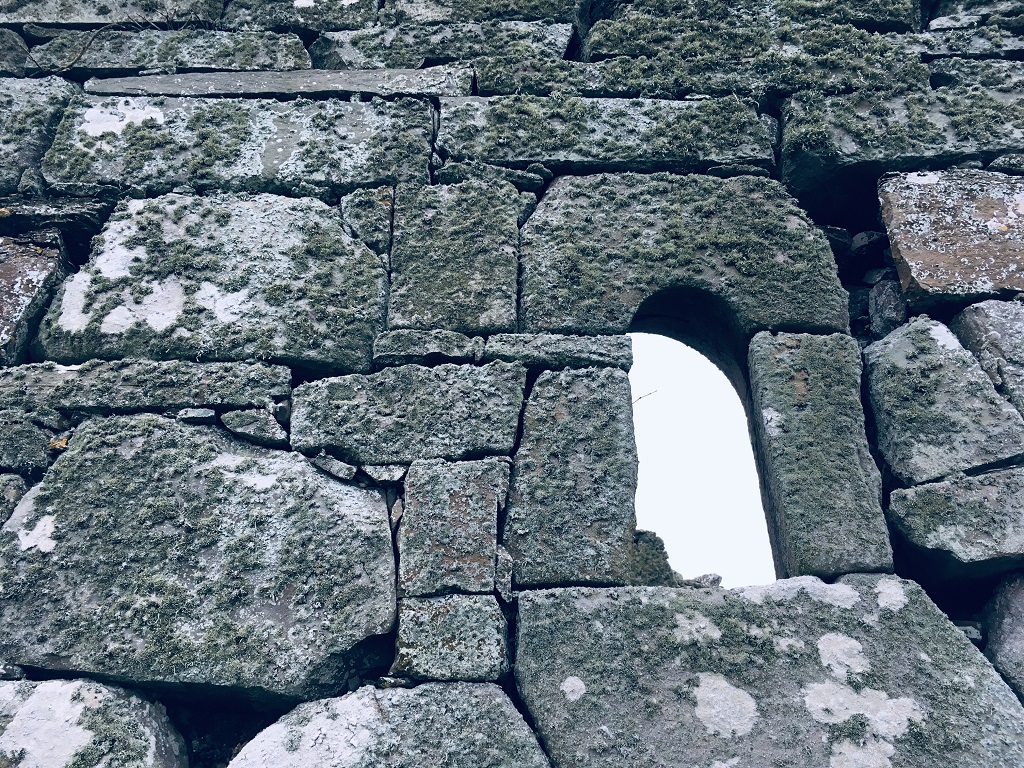 Past Killala, heading towards Ballycastle and Belmullet on the R314, turn right immediately after the narrow Palmerstown Bridge. Follow the brown “Tour d’Humbert” signs to Kilcummin pier, then onwards a little more and you’ll see the church on your right hand side.

While you’re in the area, go visit Rathfran Abbey.

And visit the Sacred Landscapes website for more early Christian sites to visit in the area.