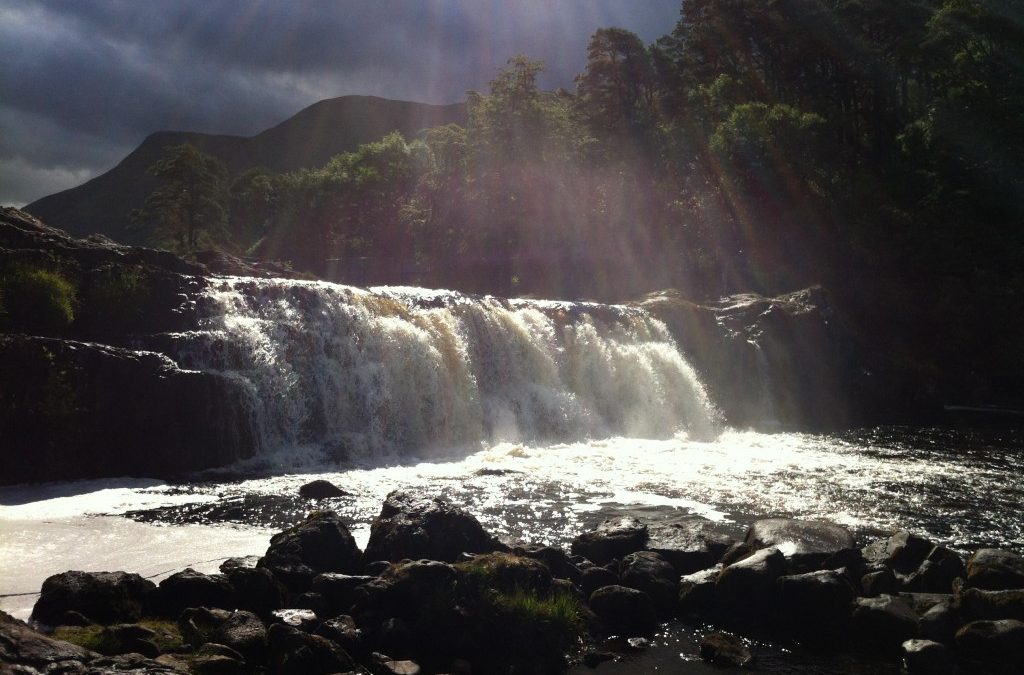 Aasleagh Falls is a tiny but celebrated waterfall at the head of the Killary, Ireland’s only true fjord, in south County Mayo. The very beautiful Erriff River tumbles down the couple of metres, before babbling over rocks and into the sea just beyond. 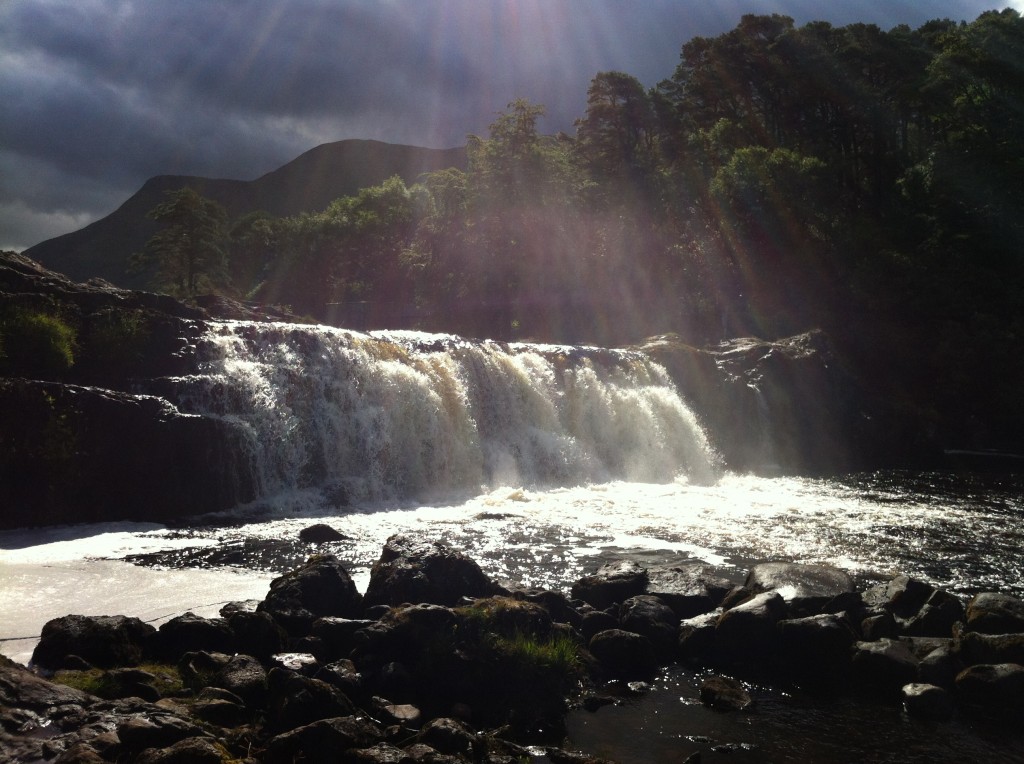 Come to Aasleagh around the summer solstice to witness wonderful Salmon and Sea Trout, as they make their way back into the river system from the sea. It’s a magnificent sight.

Beginning at Aasleagh Falls, I walked 20 km of The Western Way to Drummin, a tiny village south of Westport. This is a varied walk, with the first 6 km along the banks of this lovely river, among fertile fields filled with sheep. Sharing the banks with the fly fishermen, the beginning is a far cry from the blanket bog covered stretches that await me later on.

From Houston Bridge, where we leave the river behind, the walk turns northwards through 4 km of the plantation forest at Tawnyard. I cross the small Owenduff River at a fish counting and measuring station, before emerging on to the small road from where the best views of the brooding Tawnyard Lough are to be enjoyed. While I usually avoid walking on tarmac, I don’t really have a choice here and over the 3 km stretch, I don’t meet a single vehicle on the Sheeffry Pass road.

My attention now turns to tackling the climb to the col between Tawny Rower (510 M) and the Sheeffry Hills, which reach 772 m several km to the west. The col itself, at 450 m, is welcome after the trudge up its grassy, boggy southern slope. Under its impressive northern cliffs lies remote Lough Lugacolliwee, an unusually large corrie lake. 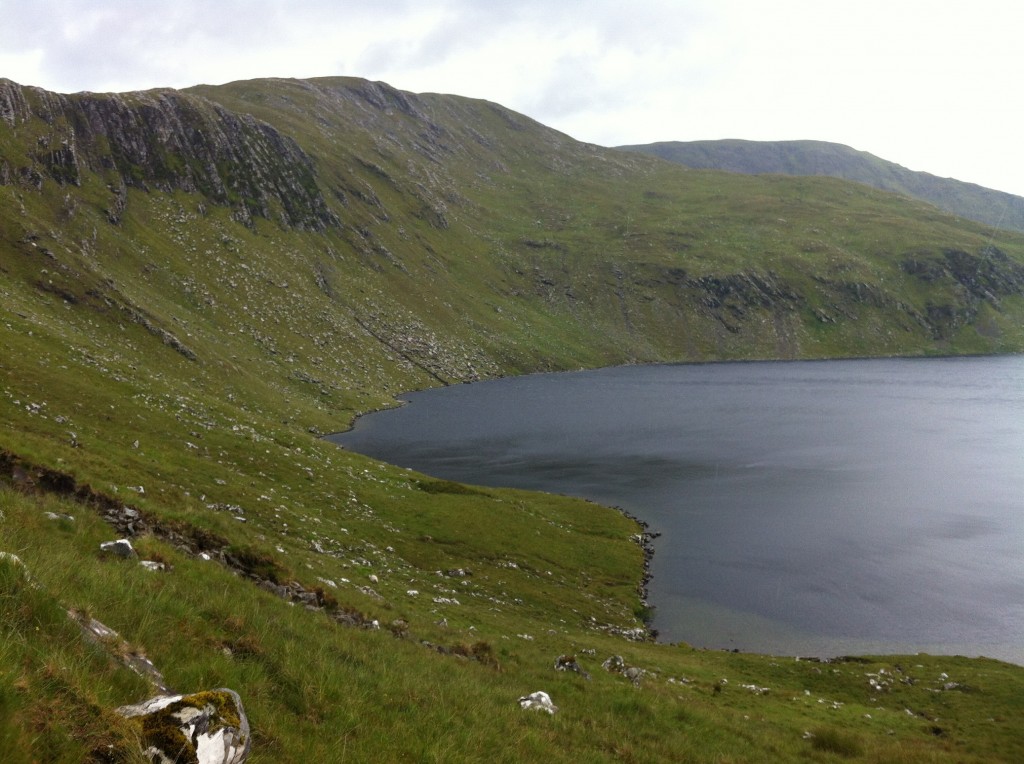 Lough Lugacolliwee on The Western Way

I skirt the shore of this fine lake, before turning away to cross over a km of pure, unadulterated bog. Emerging on to a little lane, I then follow the small road to Drummin, jump on my bike and cycle back to Aasleagh, where I had left my car earlier.

The first 6km of this walk features as part of our weekend event, Walking the Killary Fjord.

Aasleagh Falls to Drummin, along The Western Way

Read about a very different experience on The Western Way.