What I like about the Twelve Bens is that lots of them boast proper conical or pointed peaks.  Moreover, most of them are rocky on top. Coming from Mayo and our almost universally turf-topped mountains, they make for a nice change. This earlier post names which Mayo mountains have rocky summits. 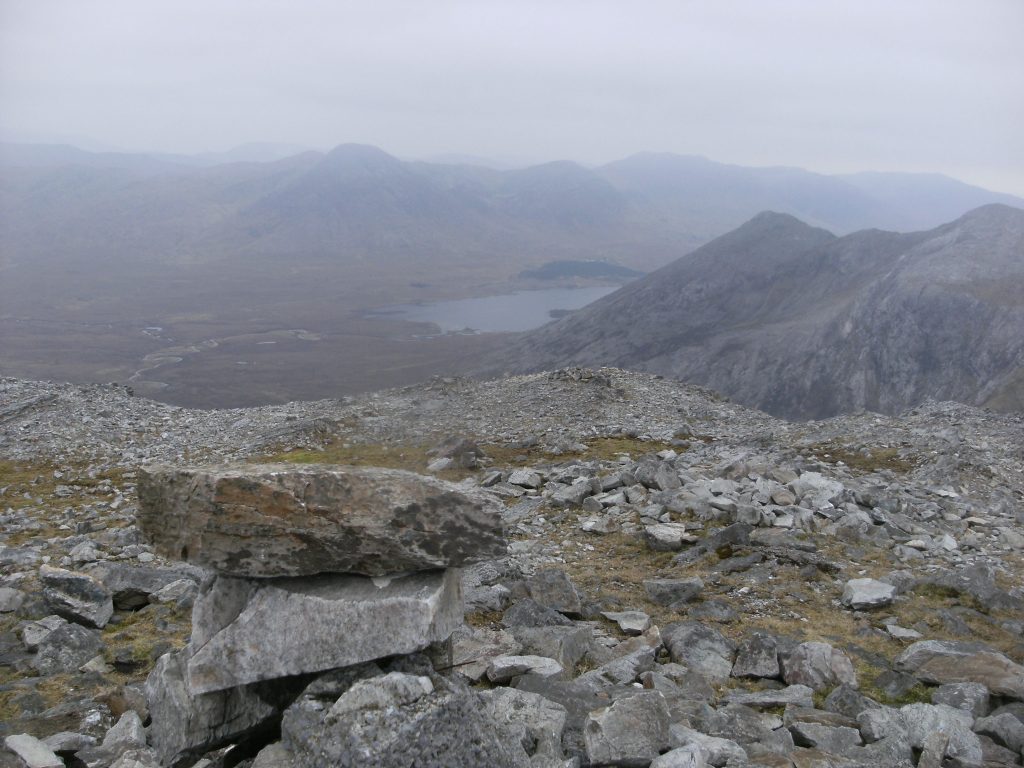 The Bens offer the hiker five very fine long horseshoe hillwalking days (plus a further two shorter loops), with the Glencoaghan (Benlettery) Circuit on the south side of the range the most celebrated. On this bright spring day, however, I decided to tackle the wonderful Gleninagh (Benbaun) Circuit, on the east side.

Climbing SW up Knockpasheemore from the R344, I would swing slightly S to the summit of Benbaun, the highest Ben of all at 729 m, before turning SE to Bencollaghduff, then E to Binn an tSaighdiúra, returning to the low ground in the valley from Bencorrbeg and following the Gleninagh and Tooreenaconna Rivers to rejoin the road.

It was a ridiculously fine and dry day for early March. I left Castlebar at 07.30 and began my hike at 8.40. The pull up Knockpasheemore is a drag, but relatively easy. A tougher stretch awaits, as we ascend the side of Benbaun. The flat, peat-covered top of Knockpasheemore gives a 3 km long chance to recover from the initial climb. (As an aside, the northern peaks of the Twelve Bens, such as Muckanaght, tend to be peat-covered). 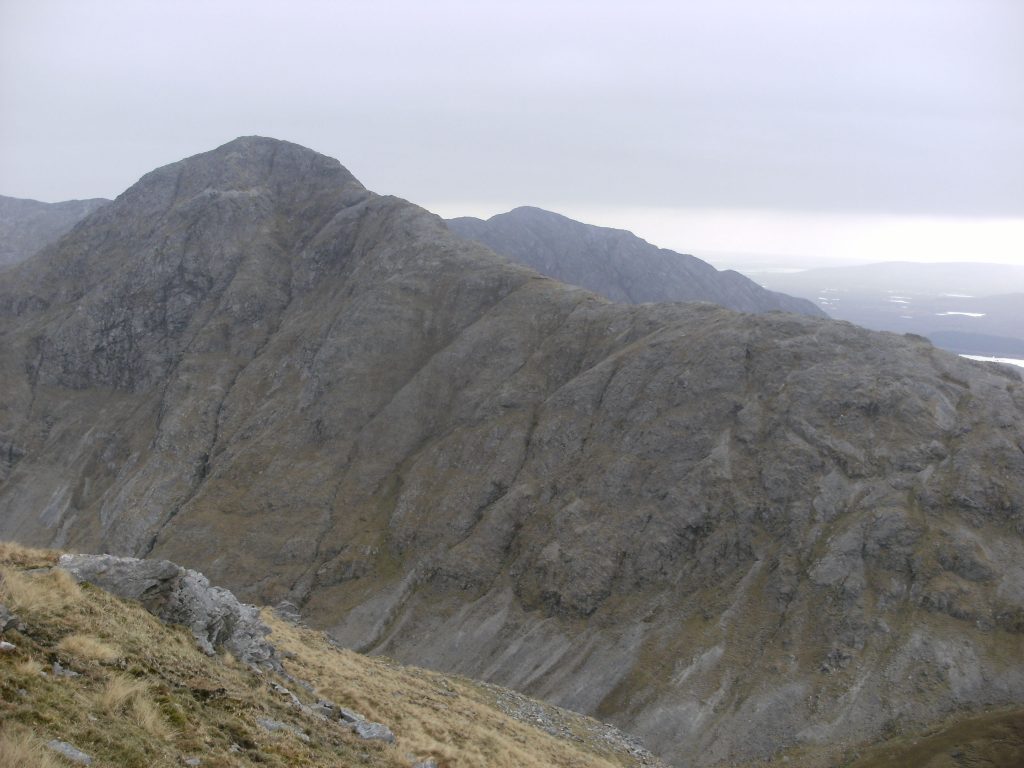 While the pull up to the highest point of the range is nice, through scree fields and rocks, Benbaun is, nevertheless, overshadowed by its brother to the southeast, Bencollaghduff. Unquestionably the highlight of the Twelve Bens, this peak (696 m) boasts a fabulous approach from Maumina col, a nice (though not particularly narrow) ridge and great cliffs falling away northwards. You’ll need to scramble at various stages, making it a great stretch.

The approach to Binn an tSaighdiúra is another tough climb from Mám an bhFonsaí col. Bencorrbeg, beyond, attracts you northeastward before easing you down into the valley below. There’s more scrambling to be done on the way down. Walking along the riverbank below is a nice ending to a great day’s walking.

A small range, in the classic West of Ireland style, the Twelve Bens offers excellent hiking over rocky scree and boulders, with fabulous views in all directions. Lacking in sheer bulk and measuring just 9 km x 9 km at most, with those five valleys cut deep into its sides, there simply isn’t a large enough mountain ‘footprint’ (no more than 42 km2 of ‘upland’) to get in the way of your views. You can truly appreciate the indented, irregularly shaped Connemara coastline. Not to mention the innumerable lakes and bog pools that encompass the mountains.