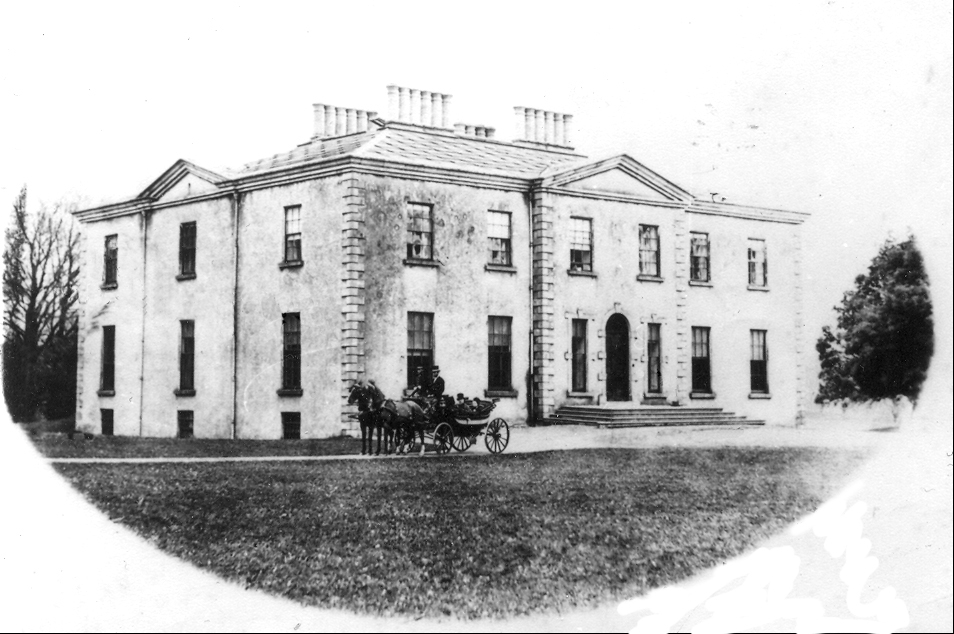 Built by Isidore Blake at the end of the 18th Century, Towerhill was a very fine “Big House” near Carnacon in south Mayo.

Standing 6 bays wide and 3 bays deep over basement, the house was reputedly built on the site of an old burial ground and church dedicated to St. Patrick. The 340 acres of the demesne proper were described by a visitor in 1838 as “splendid ornamental ground”. One year earlier, Lewis refers to “the beautiful seat of Major Blake, situated in a noble demesne. The house stands on an eminence commanding fine views of the surrounding country and the adjacent mountains of Partree [sic]”.

Catholic landlords, the Blakes were descendants of one of the Twelve Tribes of Galway and Valentine is credited with having reintroduced the newly organised Gaelic Football to County Mayo, by sponsoring a 2-hour match on their land in December 1885. The local team, Carnacon, wore the green and red that were to become the colours of the county team.

The colours were presumably selected in response to Young Irelander Thomas Davis’ poem “The Green Above The Red”.

“Full often when our fathers saw the Red above the Green,

They rose in rude but fierce array, with sabre, pike and scian,

And over many a noble town, and many a field of dead,

They proudly set the Irish Green above the English Red.”

But change was afoot. At the time of the foundation of the Irish National Land League in nearby Castlebar in 1879, the Blakes owned 11,900 acres (4,800 hectares) in Mayo and Galway. By the early 20th Century, however, almost all of this land had passed into the hands of former tenant farmers.

Writing in the 1930s, well-known Mayo local historian and journalist JF Quinn visited Towerhill, noting that “practically the whole country hereabouts was up to recently in with the landlords’ demesnes or grazing ranches, the sections occupied by tenants being congested and the land not of the primest. Now, all outside the demesnes proper has been broken up and picturesque homesteads abound, the land being extremely well cultivated.”

Of Towerhill itself, where he was visiting retired captain Valentine J Blake (b.1866), Quinn continues “The demesne is of considerable size and well timbered. Gigantic trees, hundreds of years old, abound with immense stretches of charming woodlands devoted to sheep, cattle, meadows and cultivation. The entrance and up-to-date farmyard indicate farming on a big scale and it is evidently a place that requires considerable labour and outlay. The mansion is a huge solid structure of local limestone, of some architectural beauty. It contains many fine apartments, antique furniture and portraits in oils of various members of the family adorn the walls.”

Valentine Blake, unmarried, died in 1947, aged 81, at which point the demesne itself and house were sold to local landowners, via the Land Commission. The roof was removed and Towerhill emptied of its valuables. 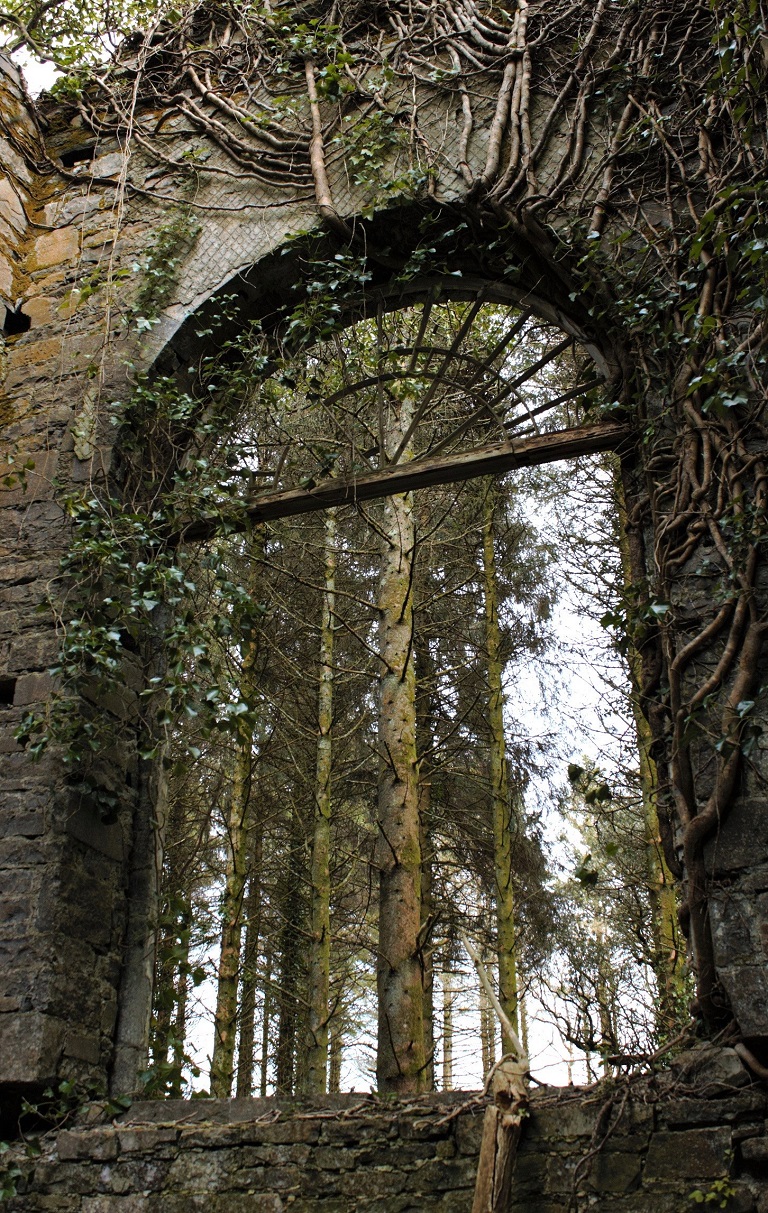 Today, the ivy-covered roofless shell of Towerhill lies hidden in forestry, long forgotten and rarely visited. It doesn’t share the same place in the Mayo public’s consciousness as the neighbouring Moore Hall estate. Like Moore Hall, though, it is home to a colony of Lesser Horseshoe Bats.

If you are interested in Connacht’s “big house” heritage, you can search sites and families on NUIG’s wonderful Landed Estates website.