Heading out on our 8-hour hike of Slieve Carr, deep in the north Mayo bogs, we were in great spirits. We would attack the mountain from the Bangor Trail, to its southwest and retreat later along the Western Way, to its southeast.

We were lucky with the weather throughout, being subjected to only one, poor quality rain shower. The ground was reasonably dry and, even at the summit cairn, the wind was almost non-existent.

This is a lovely mountain, very remote and with great views in all directions. The climb itself involves a pretty tough and steep ascent from the twin Scardaun Loughs, but the top of Slieve Carr is pretty much a plateau, albeit at three slightly different levels. There are great views out across Blacksod Bay to Achill, The Mullet and the various islands beyond. Inland, it is the vast swathes of plantation forest that lie below, with the Bellacorick wind turbines, Nephin and Lough Conn beyond. But it is the corrie lakes immediately below us on the eastern flanks of the mountain that make this day very special. Each is really beautiful. 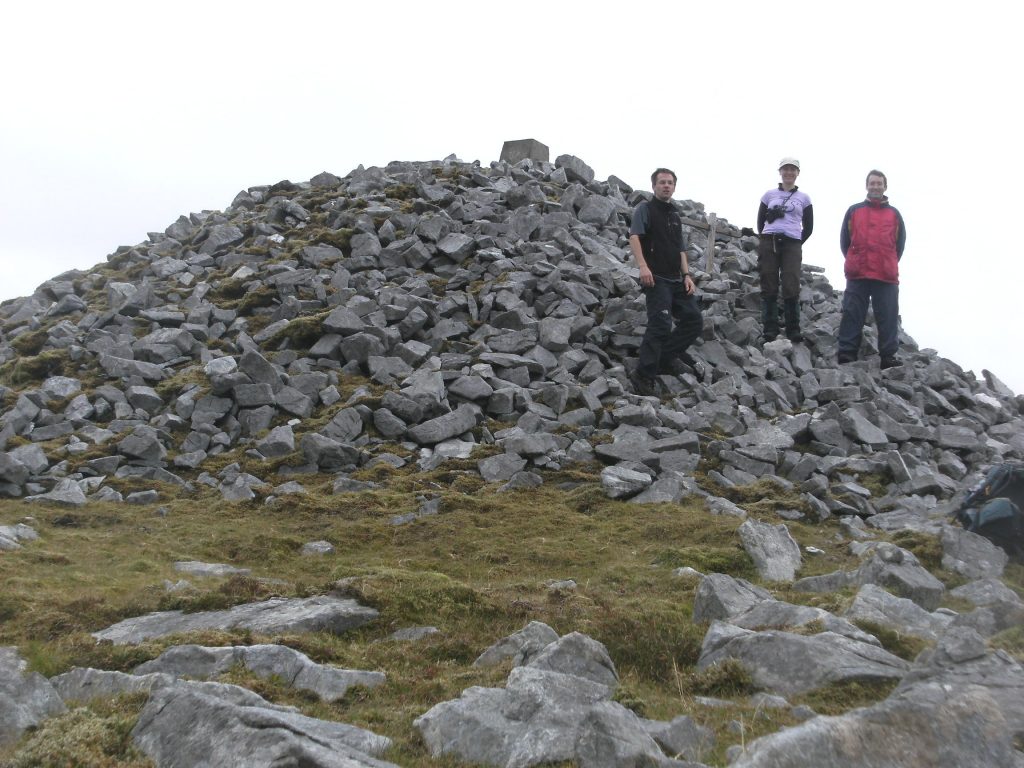 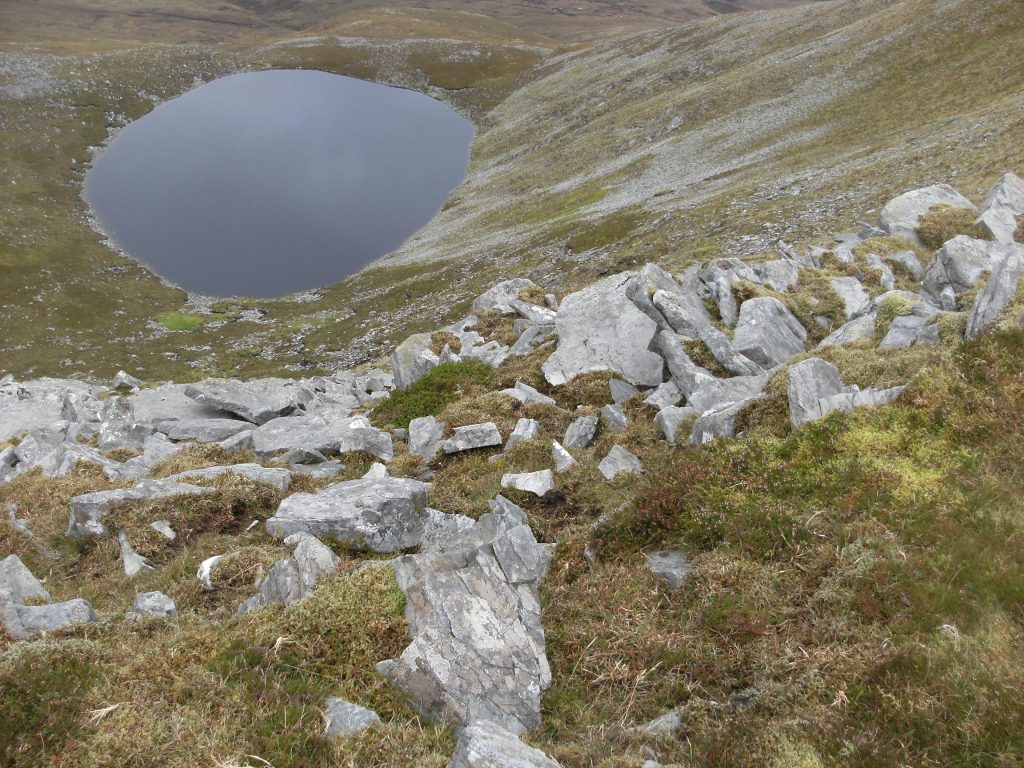 We parked the car at  F 95 10 on The Western Way and headed north along the forest track, with Lough Kilnabrinnia as our first target, on the SE flank of Slieve Carr. Our plan was to ascend the mountain from a direction we had not previously taken. From Kilnabrinnia, we intended to move northwards along the E side, up as far as Lough Drumderg and the small, unnamed lake to the NW beyond.

But it didn’t happen. Even as we left the car, the rain was pouring down and the sky was very low indeed. We couldn’t see much of Nephin Beg, which should have been looming above us immediately to the W.

By the time we got to the end of the disused forest track at F 936133, where it meets a stream, we were pretty deflated. Our gear was holding up with no problem, but the spirit was somewhat damaged. The unending rain can do that to you, especially when there’s no view.

We ploughed on, starting the gentle slope towards the lake above. By the stream, we came across an area of deer activity – the bracken had been crushed and trampled, leaving a space of some 6m x 4m flattened in the middle of the otherwise 60cm high undergrowth. With deer droppings all around, this was a wallowing site.

We eventually gave up and retreated, still dry after 3 1/2 hours, but disappointed that we had not achieved more. On our return to the car, we came across some conifers that had been ‘barked’ by the deer. Barking occurs where the deer remove strips of bark for food. We also saw an impressively large frog and lots and lots of rain!

From the Scardaun Loughs up and back down is 8 km and an ascent of 470 m. Depending on where you start and finish, you may need to allow for up to 18 km extra hiking in and out.