We have three native conifers in Ireland, of which the Scots Pine is one.

The Yew, with its dark foliage and red berries, is traditionally found around graveyards. Its poisonous qualities kept the cattle away from trampling on graves.

The Juniper is most often little more than a sprawling bushy shrub, which grows up to around 2 – 3 metres and begs the question as to whether or not it should be considered a tree at all. Indeed, on limestone pavement such as that around Lough Mask in south Mayo, it is prostrate.

The Scots Pine has a characteristic flat top and reddish upper branches, when mature. The timber it produces is known as red deal. 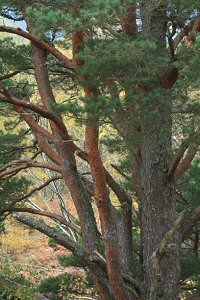 The Scots Pine was one of the earlier forest trees to become established in Ireland, about 9,000 years ago after the last great ice age. It grew on the lower slopes of uplands and mixed with oak and elm. Its spread declined over thousands of years and appears to have died out many hundreds of years ago. Buried Scots Pine stumps are often found in bogs of the West of Ireland, killed off by the increasing wetness.

The tree was re-introduced from Scotland during the 18th Century and can grow up to around 35 – 40 metres. Although generally a little smaller in Ireland, nevertheless, it can grow into an impressive tree here also. This is due to it being often found alone or in small groups, thus gaining maximum sunlight and moisture. I think it is one of our most beautiful trees. 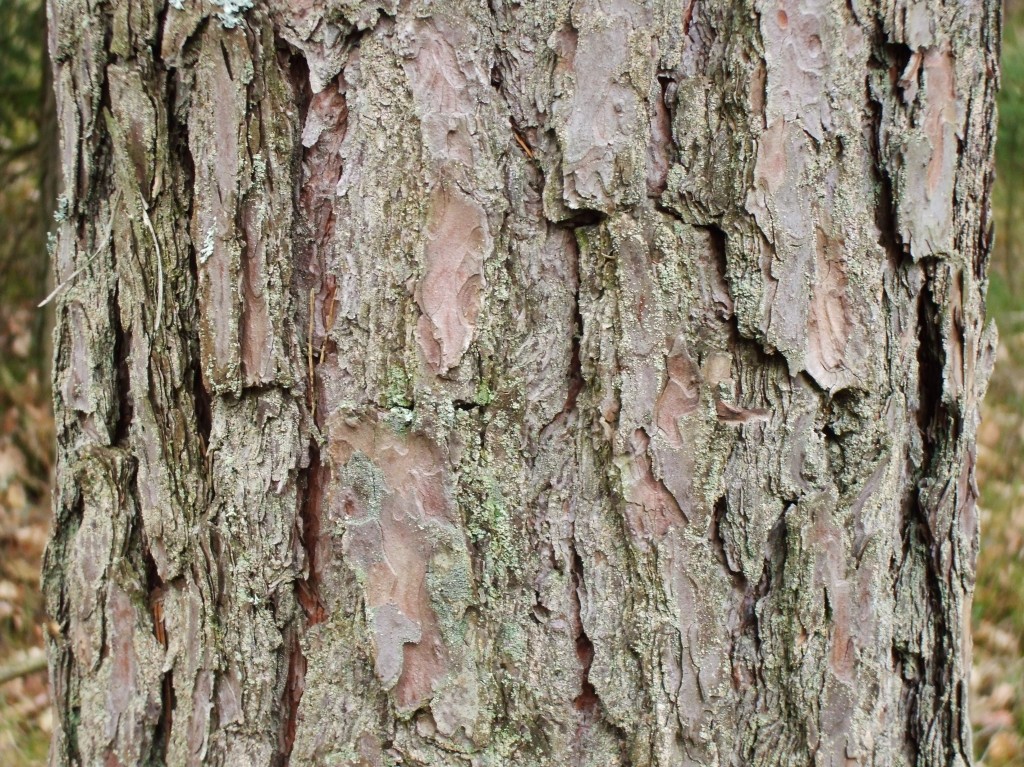 The bark of the Scots Pine is quite variable, with the young bark on small branches being thin and often orangey red in colour. The bark on the trunk of a mature Scots Pine is more reddy brown, almost purple and forms plates of up to 5 cm thick, one on top of the other, with deep fissures in between. Lichens often grow in these fissures on the bark (see photo).

The needles grow in pairs, are blue-green in colour and about 5 cm in length. They normally remain on the tree for 2 – 3 years, with the old needles turning yellow in September and October, before they fall.