The Rowan, also known as the Mountain Ash (although it is not a relative of the Ash tree), is a broadleaf tree, native to Ireland. 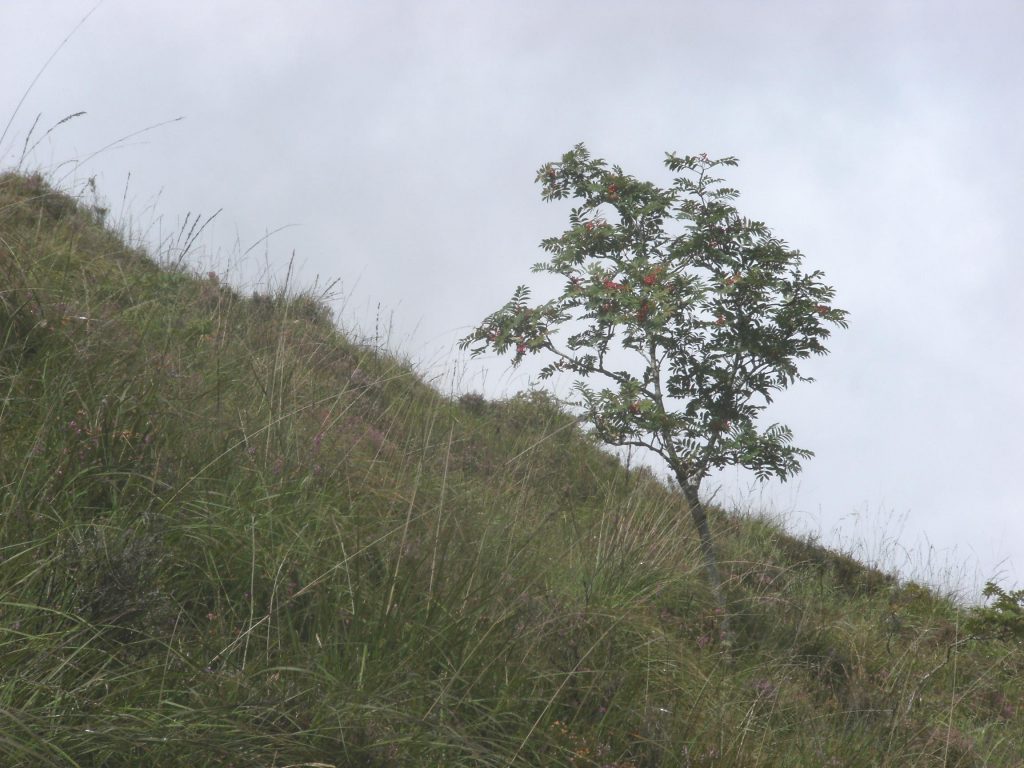 Rowan tree on the slopes of Nephin Beg mountain.

The Rowan is peculiar among Irish broadleaves for its tolerance to relatively high altitudes, up to 800 m. For this reason, it is often found up high with, or even above, the plantation forests of conifer non-natives. It is also quite tolerant of waterlogged locations. Demanding of light, the tree is seen at the edges of conifer plantations, where it is employed to partly disguise the monotonous plantation. It is often seen standing alone on boggy mountain slopes. 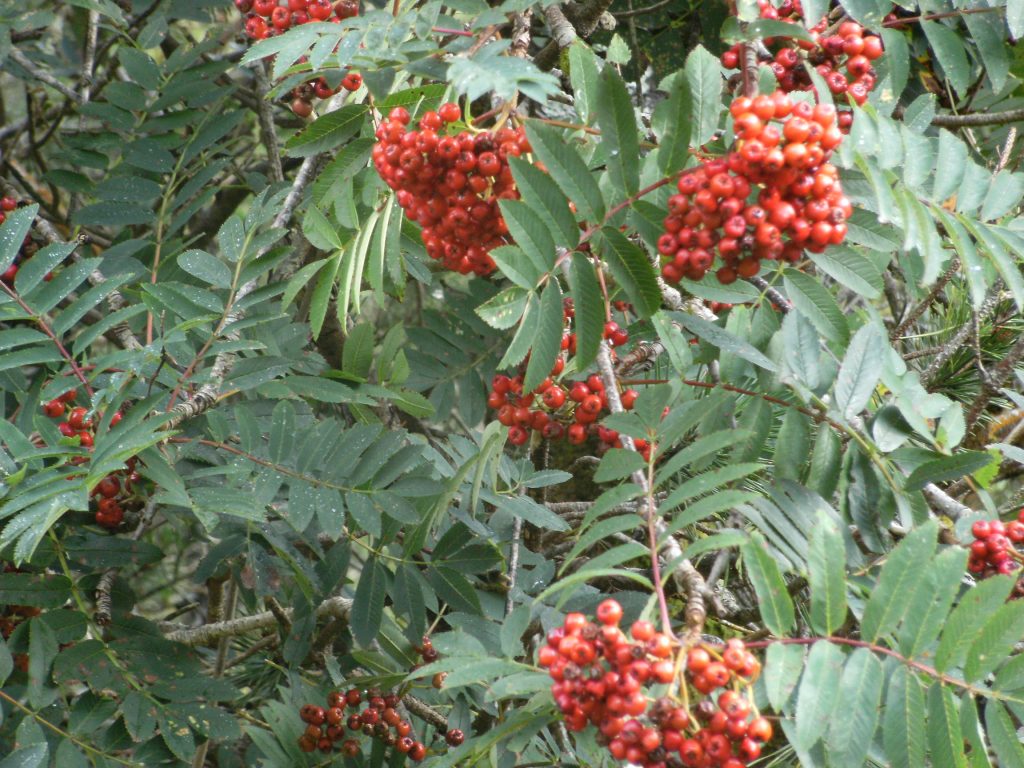 Rowan tree, along The Western Way.

The main attraction of the Rowan are its wonderfully bright orange / red berries, which appear in autumn (as early as late July). The tree has pinnate leaves that are similar to those of the Ash, though of a smaller size and darker green. They are divided into between 5 and 10 leaflets. In autumn, they turn a nice golden yellow colour.

In Irish folklore, Rowan branches were hung inside houses as protection against fire. The tree also had the power to protect people and animals from evil spirits. The density of the Rowan wood made it good as a walking stick and druidic staffs, while its branches were often used as dowsing rods. Rowan was also carried on sea-going vessels to avoid storms and sometimes planted on graves to keep the deceased from rising.

Visit our post on the native trees of Ireland.