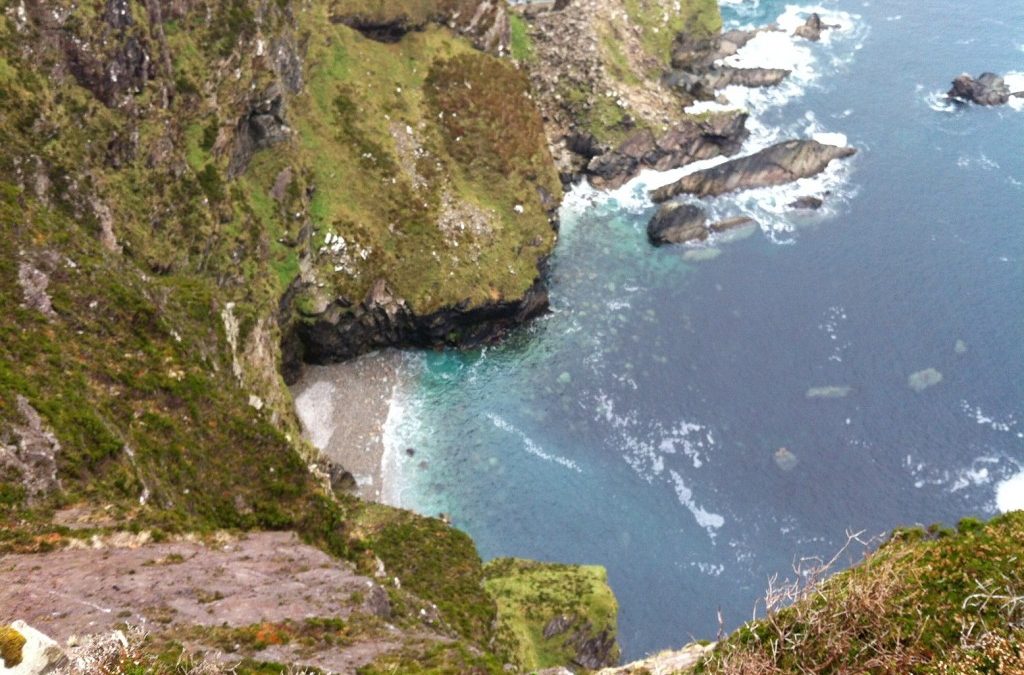 Walking the spectacular North Mayo cliffs is an exhilarating but tough 2-day hike. From the tiny village of Belderg, heading west, this is an area you will have all to yourself. Apart, that is, from the entertaining Ravens and Choughs.

The cliffs around here are just extraordinary. These are not the sloping cliffs of certain parts of the west coast of Ireland, but sheer vertiginous drops into the wild Atlantic foam below. The beginning of the walk, westward from Belderg over Glinsk, reveals stunning little coves far below, hidden in inaccessible nooks of the seemingly never-ending cliffs. This majestic first section is without question the highlight of the entire 36km hike. Take a detour to see the remains of Glinsk’s Napoleonic Tower, from the early 19th Century. 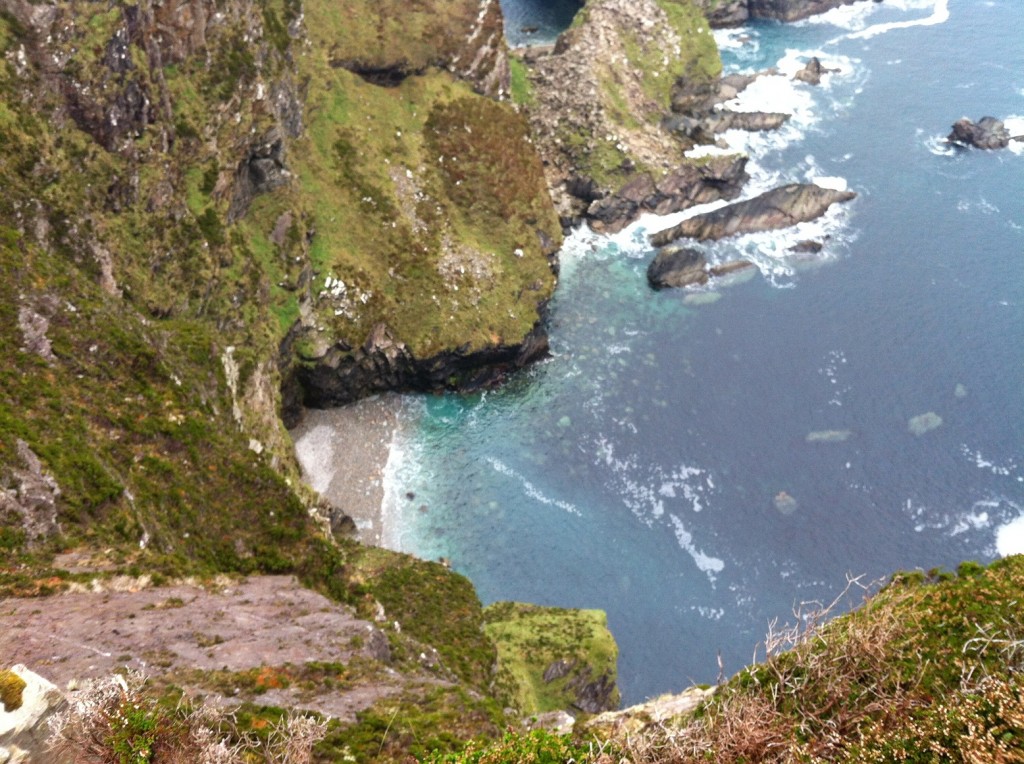 Far from being a flat hike, the 20 km from just outside Belderg to Portacloy requires a staggering 2700m climbing, as you wander up and down the various hills. While these hills slope gently away into the North Mayo blanket bogs to the south, to the north they have been eroded away by millennia of unrelenting North Atlantic waves smashing into them. In places, the cliffs plunge 270m, then 230m, then 210m into the ocean, with plenty of ups and downs in between. By the time you’re done, you’ll have felt it in your legs.

In comparison to the first stretch into Porturlin, the middle section onwards to Portacloy is less enthralling, though still utterly beautiful. Enjoy the views out toward the schist rocks of the Stags of Broadhaven and southward, across the vast bogs, towards the Nephin Beg Mountains. Dancing and playing Ravens and Choughs will keep you amused, as they play ‘hide and seek’ with each other over the wild bogs. The honks of the former, yelps of the latter and the crashing waves below are the only soundtrack to this wonderful walk. 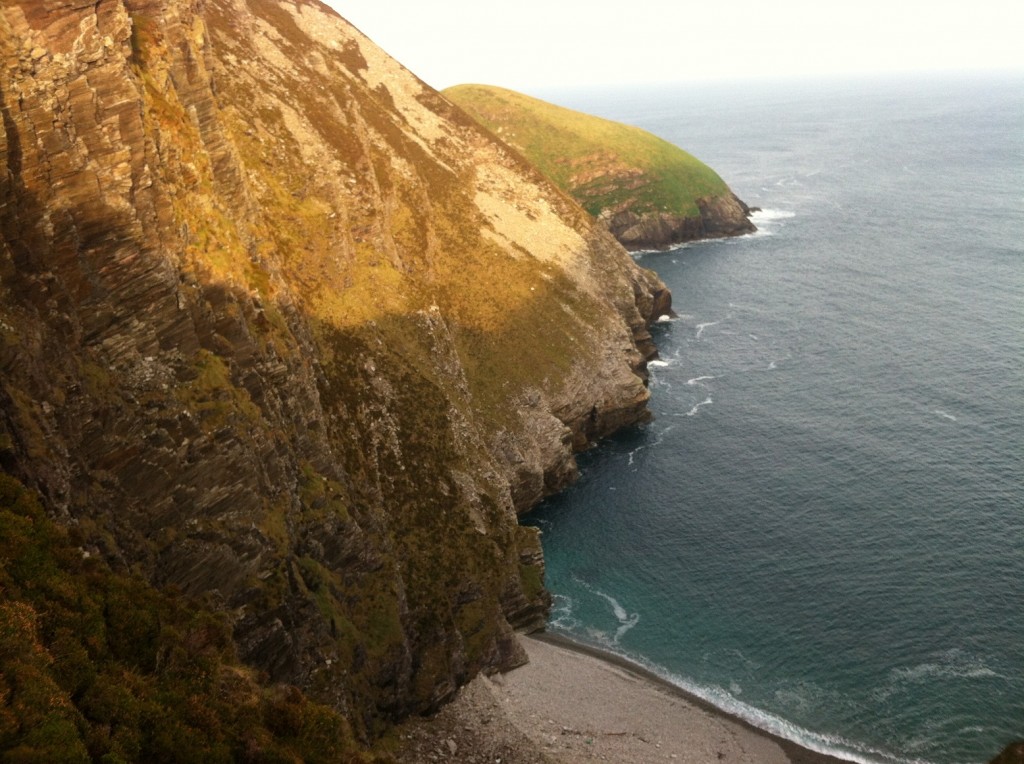 The sun struggles to reach the north-facing coves

Note that the only accommodation along this North Mayo cliffs route is here, at Stag View B&B. Note also that if this one-day A to B route is preferred to the two-day marathon, then an enjoyable 19-km cycle back to Belderg is easily achieved, with virtually no traffic to contend with on narrow tarmac tracks that meander between the conifer plantations slightly inland from the coast.

Leaving Portacloy westwards towards Benwee Head (250 m cliffs) and on to Rinroe Point and Carrowteige (An Ceathrú Thaidhg), the terrain regains some of the magnificence of the earlier part of day one. This hike is rounded off by beautiful views across Broadhaven Bay towards Erris Head. Again, if you’ve left a bicycle at Carrowteige, enjoy the cycle back to Belderg. You’ll have it done in 1.5 hours or less.

To view a video of this hike, please visit YouTube.