Moore Hall and the Moores of Mayo

Down by the shores of Lough Carra, a marl lake in the south of Mayo, lies Moore Hall. Once the mansion of the local landlord, this fine three-storey over basement ruin is now home to one of Ireland’s most north-westerly populations of Lesser Horseshoe Bat.

George Moore was a wealthy wine and iodine merchant who owned a fleet of ships in Spain in the 18th Century. When he returned to Ireland, having sold his possessions in Alicante, he purchased 5,000 hectares (12,300 acres) of land along the shores of Lough Carra and had the great house constructed.

George’s son, John, became President of Connacht for a short period during the 1798 Rebellion. Along with many of his tenants, John Moore joined the French force that had landed at Killala in September of that year. Moore was eventually captured by crown forces and interred. The following year, 1799, John died in captivity in Waterford. In 1961, almost 200 years later, his grave was finally discovered and his remains were transported to Castlebar, where they were reburied in the Mall, with full military honours.

George Henry Moore was John’s nephew and is remembered for his good deeds during the Great Famine of 1845 – 1849. In that first year of famine, he ran a horse, Coronna, in the Chester Cup in England and betted on him winning, The horse obliged and George Henry won £ 17,000. Much of this he spent on famine amelioration efforts, including the chartering of ships to bring corn into Mayo.

George Augustus Moore, son of George Henry, was a writer who was involved in the Irish literary revival of the late 19th and early 20th Centuries and the founding of the Abbey Theatre. When Moore Hall was burned down in 1923, George Augustus received £ 7,000 in compensation. 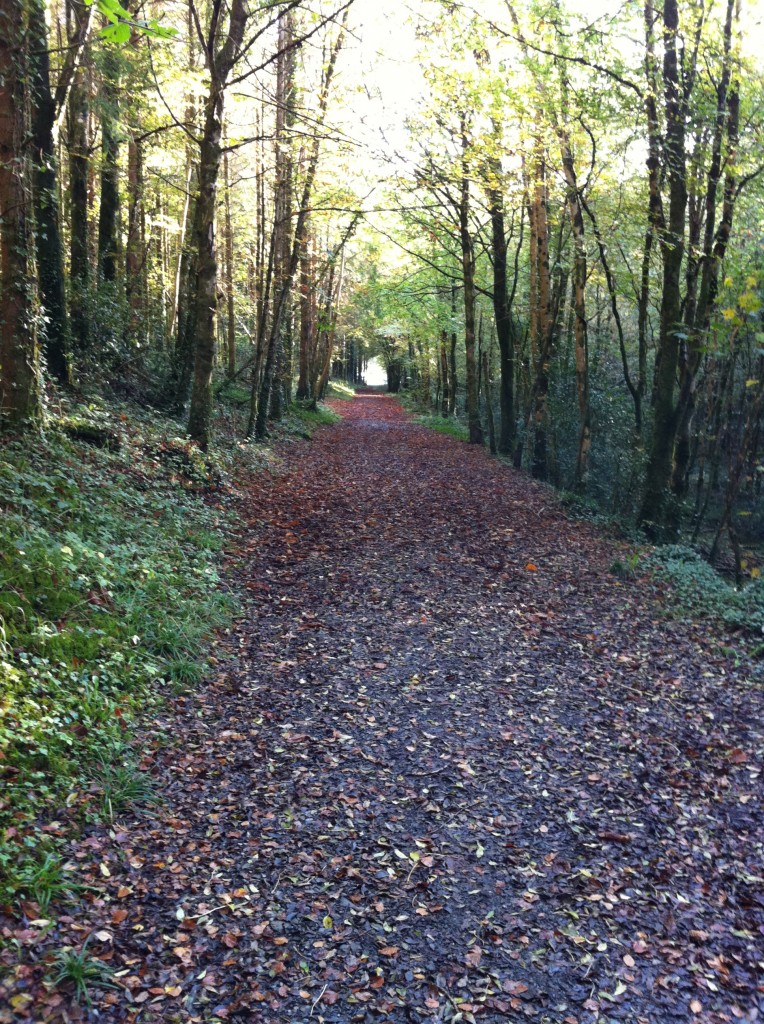 Moore Hall is a lovely spot to visit for a short, family-friendly walk. Coillte, the current owner of what remains of the once huge estate, have put several forest tracks in place. You can view the house ruins from outside and traverse the tunnel at the back that would have once served as servants’ entrance.