Importance of Connecting with Nature 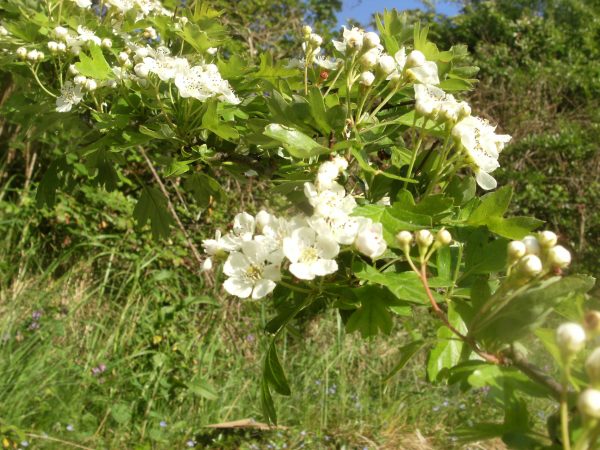 Are we and our kids spending too much time indoors? I think the answer is clear.

While today’s electronic devices bring many great advantages of connectivity and learning, they are contributing to a serious diminishing of our connection with the outdoors. There can be little doubt about the importance of connecting with nature, yet, as a society, we seem to be turning our backs. Taking a regular walk in nature is good for the heart, body and soul and it is vital that we pass this message on to the next generation.

As somebody who goes hiking often, I know there’s something powerful and uplifting in getting my hands dirty in the bogs, wet in the cold rivers, or simply feeling the roughness of mountain rocks on my palms. Watching a kestrel hover, as I did just yesterday, enjoying frolicking foxes playing through the fields, or listening to the roar of the red deer during the rut are important life experiences to my mind.

Then there’s the extra special treat of strolling among trees. More than simply walking, being within a forest brings great joy, peace and perspective. It brings disconnection from the humdrum of the daily chore and replaces it with the importance of connecting with nature. There’s something wondrous about being a little short-lived human among giant trees, much bigger and older than you will ever achieve. It’s in some way liberating. 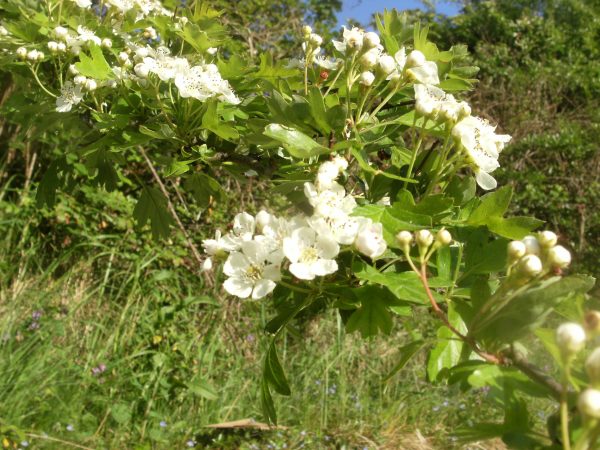 Do you know the difference between Whitethorn and Blackthorn?

Get down to the sea on a windy winter’s day and feel the power of nature blow the cobwebs off your face, to the soundtrack of crashing waves. Visit a tranquil lake on a balmy summer’s afternoon and absorb the cacophony of bird and insect life, all under the whiff of blossoming wildflowers.

Ultimately, our disconnection with nature doesn’t just mean we’ve lost touch with the outdoors and our fellow inhabitants of Planet Earth. It also leads to ignorance and disinterest. Why should we care about habitat loss and species extinction if we no longer have a connection?

Importance of Connecting with Nature – Two Pieces of Research

A few years ago, Travelodge, the well known British budget hotel chain, carried out some research into British people’s attitude towards and knowledge of their countryside. Its results included :

The University of Michigan carried out interesting research into the cognitive benefits of interacting with nature a few years ago.

In it, the authors state that “Nature, which is filled with intriguing stimuli, modestly grabs attention in a bottom-up fashion”. I couldn’t agree more.

The authors carried out two experiments with students, which “show that walking in nature or viewing pictures of nature can improve [certain] attention abilities.”

Interacting with environments rich with inherently fascinating stimuli (they give the example of sunsets), allows some attention mechanisms to replenish. After such an interaction with nature, one is able to perform better on tasks that depend on so-called directed-attention abilities.

Directed attention can be described as the “ability to concentrate in the face of distractions”.

In the first experiment, participants had their mood assessed. They were then randomly assigned to take a walk, either in a nearby arboretum or downtown area. The former was tree lined and secluded from traffic and people. The latter was on a traffic heavy street, lined with buildings.

The second experiment showed pictures to students of nature and of urbania. Participants rated viewing those of nature as significantly more refreshing.

Therein lies both the problem and the challenge.

Recognising the importance of connecting with nature brings joy and loads of energy. Seeing how ‘nature’ and ‘us’ are so deeply interconnected can lead to only one conclusion. We are nature. There is no ‘them’ and ‘us’. There is no separation. We must understand that we humans are part of life on this planet, just like the beetles, bats and birds.

Here in Ireland, we’re particularly disconnected from nature. I’m not sure why, since we’re still very much a rural population. We could blame 800 years of oppression, the loss of ownership of the land and its eventual recovery. When we regained ownership of our land, did we then see it purely as a means of economic gain, where its other facets, such as biodiversity, were to be ignored or destroyed? Why don’t we teach nature in our schools? Why don’t Irish people know anything about wild berries, tree species, mushrooms and foraging? Why don’t we protect our fellow creatures, like birds of prey, badgers and freshwater pearls? Why don’t we destroy non-native invasives, like rhododendron, gunnera and japanese knotweed?

Importance of Connecting with Nature – Resources

The most obvious and useful resources to reconnect with nature are your feet, public transport, bike or car. Just get out there, find a nice spot like a forest, bog, local park or beach and go walk. Even better, do dawdle. Just hang out and connect with what’s around you. Or discover one of our National Parks. Other than that, join some organised events run by organisations like Birdwatch Ireland and many others.

Recognise the importance of connecting with nature for you and your family, then get outdoors, dirty, wet and enjoy!