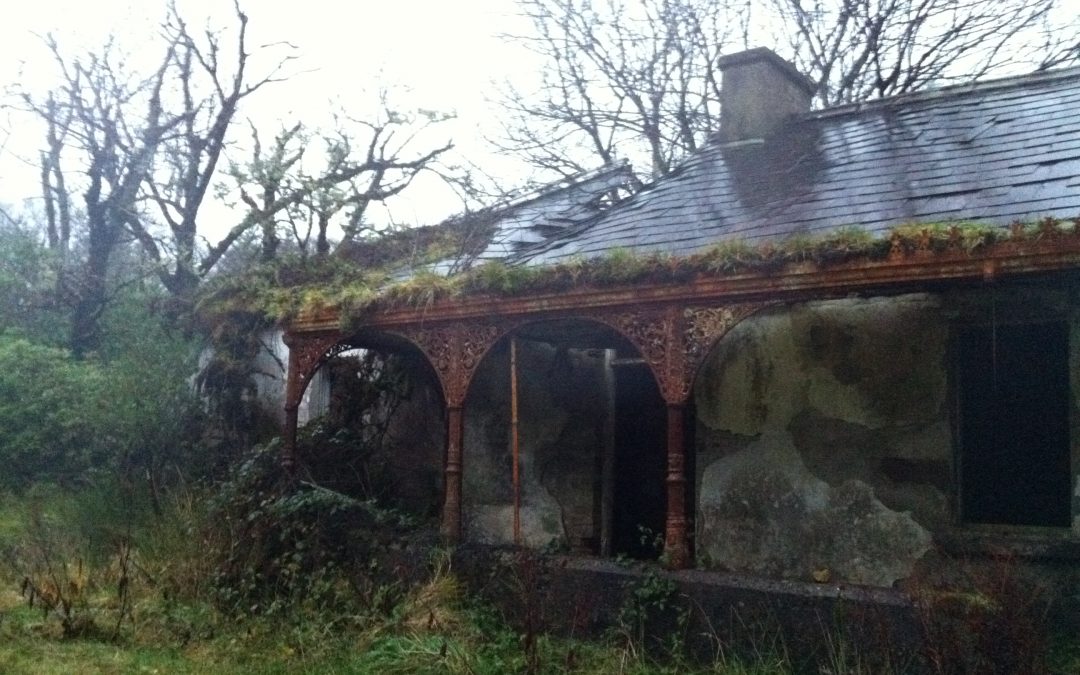 Mayo, like most of Ireland, still has a number of 19th Century hunting and fishing lodges, built by the then landlord classes for themselves and their guests to enjoy a bit of plunder. Among them is the once fine, if modest, hunting lodge at Sheskin.

Elsewhere, Ballycroy National Park visitor centre has a wonderful display of a west Mayo fishing lodge’s records, showing the terrible (my word) catching of big numbers of magnificent Atlantic Salmon in the estate’s river. Meanwhile, browsing Ashford Castle estate records, we can see photographs of outrageous numbers of birds (pheasant, snipe, woodcock, etc), having been shot by hunting parties, laid out on the ground before them as trophies.

Nowadays, it is many the hunting lodge that lies in ruin. One such lodge lies deep in the modern non-native conifer plantation forests of north Mayo. Although a place more desolate than beautiful, in that the thick impenetrable conifers and rampant rhododendron do not house an awful lot of life, nevertheless, I find myself returning time and time again. 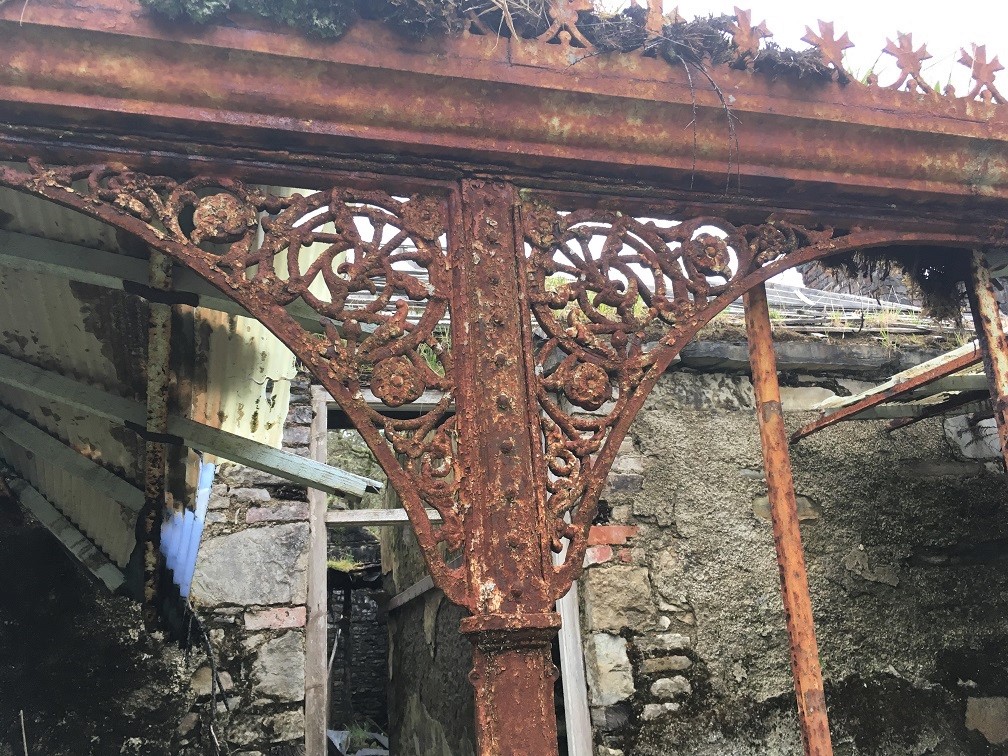 Around the lodge itself, with its once pretty ironwork, we can witness the unstoppable force of the Atlantic blanket bog at work today, as it has been for several thousand years.

When the conifer plantations were begun back in the 1950s, the lodge had only recently been abandoned. Indeed, people had been staying there during the Second World War. Like so many landlord estates of the previous 100 years, the land around this lodge had been planted with broadleaves and non-native specimen trees – in this case, there was a clear penchant for Monkey Puzzles. Coillte (as it is now called) did not buy the actual lodge and its immediately surrounding lands. Rather, it set about encircling the plot with its conifers, leading to its present day “hidden” status.

Visiting in 1939, TH White wrote that

“this hunting lodge has 2 or 3 miles of river, 10,000 acres of grouse, one living room, 3 double bedrooms, 2 singles, a bathroom, lavatory and kitchens.

To visit this place now is to get a snapshot of the relentless march of the bog. Walking to the front of the ruin from the forest track, your feet are sinking into the wetness. Only one Monkey Puzzle remains in the land of the living. All others are dead stumps. Most of the Scots Pines too are dead, although their rate of survival is unsurprisingly a little higher than that of the exotics. Bizarrely, the few Cypresses planted are large, robust and seem in good health.

Beyond the hunting lodge is the lovely Sycamore garden. Although outside of summer it is incredibly wet and boggy underfoot, these trees are alive and kicking. The mosses, ferns and Tree Lungwort (lobaria pulmonaria) growing on them are magnificent specimens. The ground beneath them is blanketed in primroses in spring. Immediately beyond, however, the conifer wall stands firm. 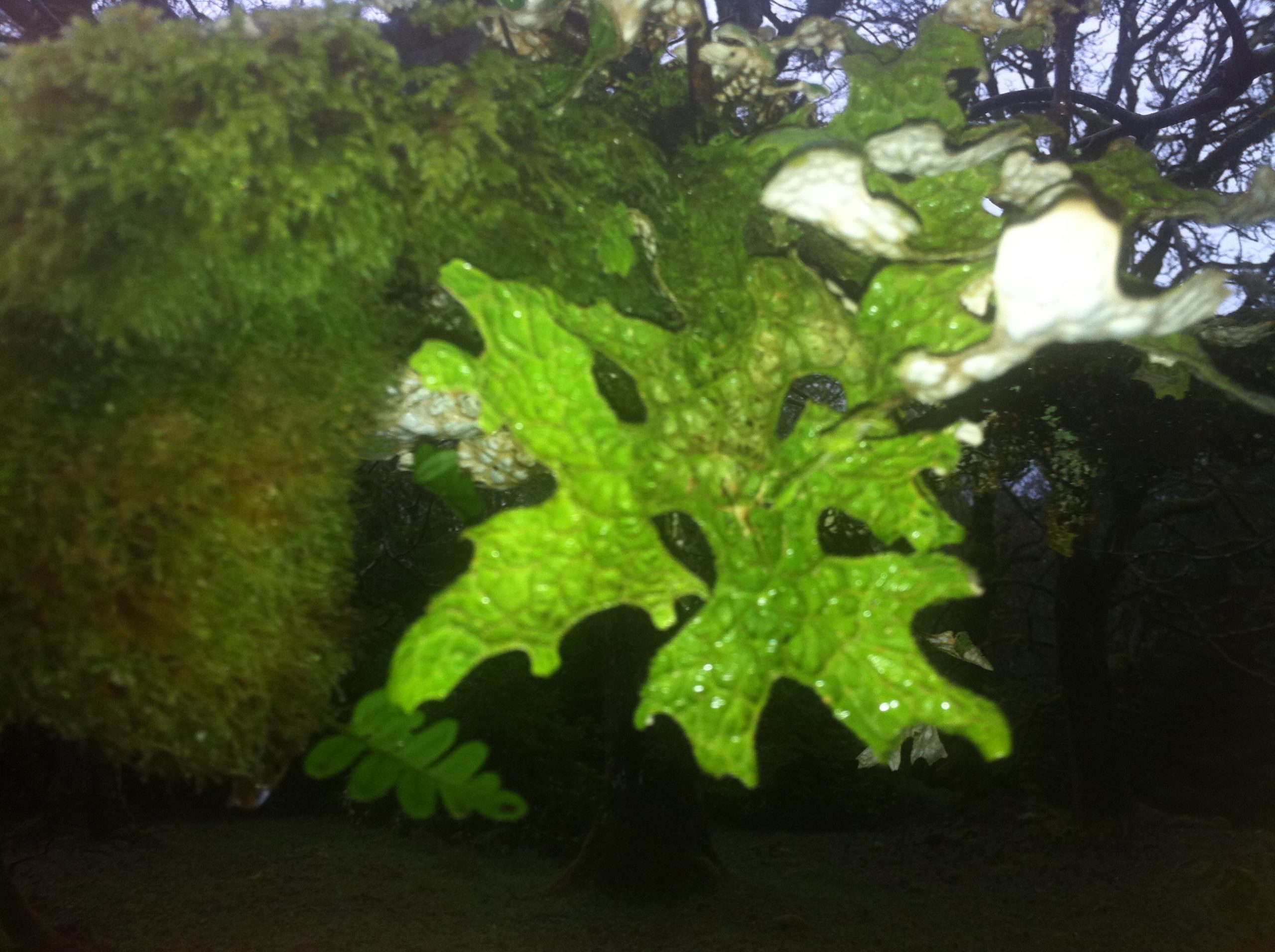 As a biomonitor, Tree Lungwort survives only in areas of clean air, a characteristic it shares with Usnea lichen species. Learn more here.

In the mountain stream next along, I have seen Otter, Dipper and Grey Wagtail. I’d love to think even the occasional Kingfisher comes  along – now that would be wonderful.

I have flushed three Red Grouse over the years, a true delight. Beyond the trees, out over the bog itself, I have seen Kestrel, Raven, Merlin, Hare, Badger and Fox. Not to mention the countless Red Deer.

Following the stream away from the track, you come across the remains of the settlement that once housed humans. Like the lodge owners, they’re all long gone and it is difficult to imagine that just 60 years ago, there was human life, but no conifers, here. 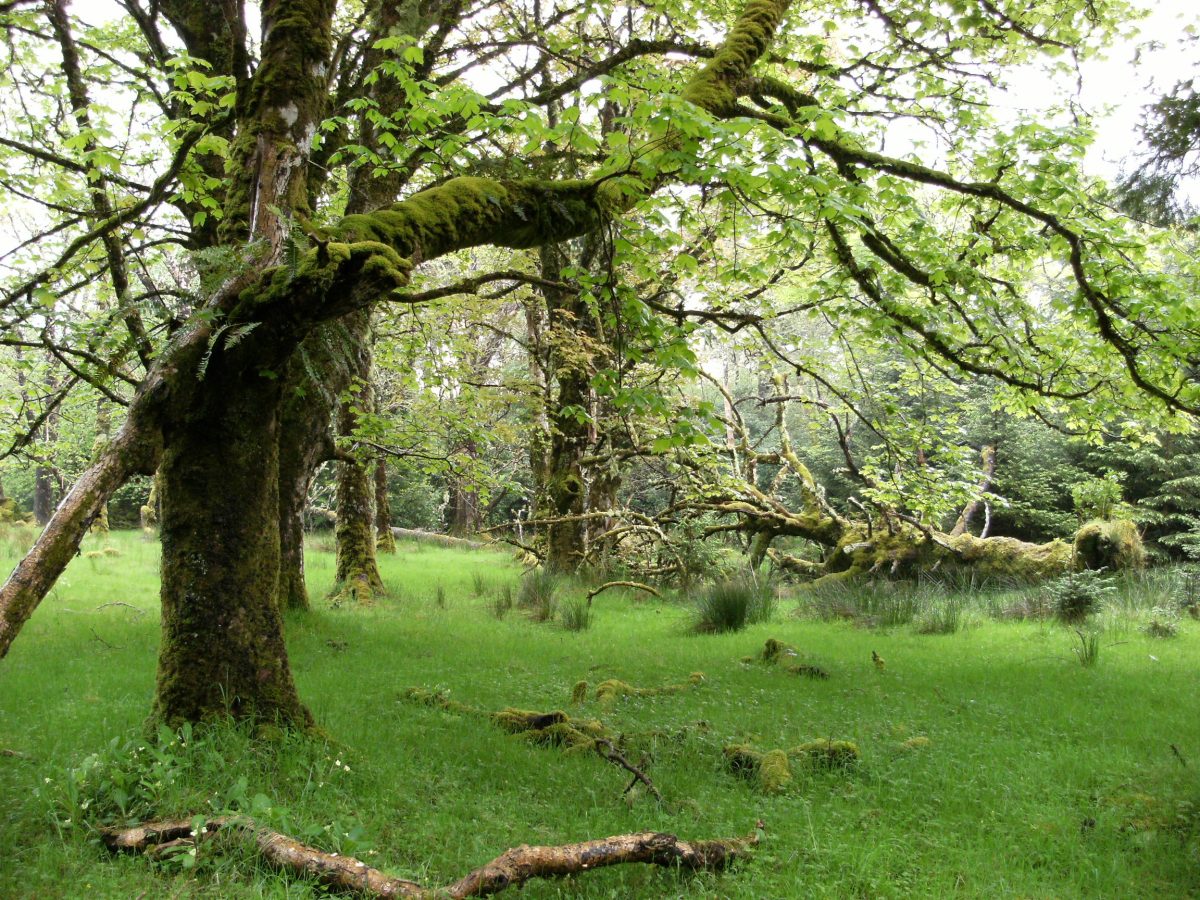 By the way, if you like long hike and bike combos, my 75km Ballymunnelly Bridge to Ballycastle loop goes right by the hunting lodge at Sheskin. Check it out here, for a lovely day’s exercise.

Learn more about the McDonnell estate, which at one time included Sheskin Lodge, on the superb Landed Estate Database.

Remarkably, tentative works to restore this lodge appear to have begun.

Works to restore the lodge have long since ended, with nothing much achieved.