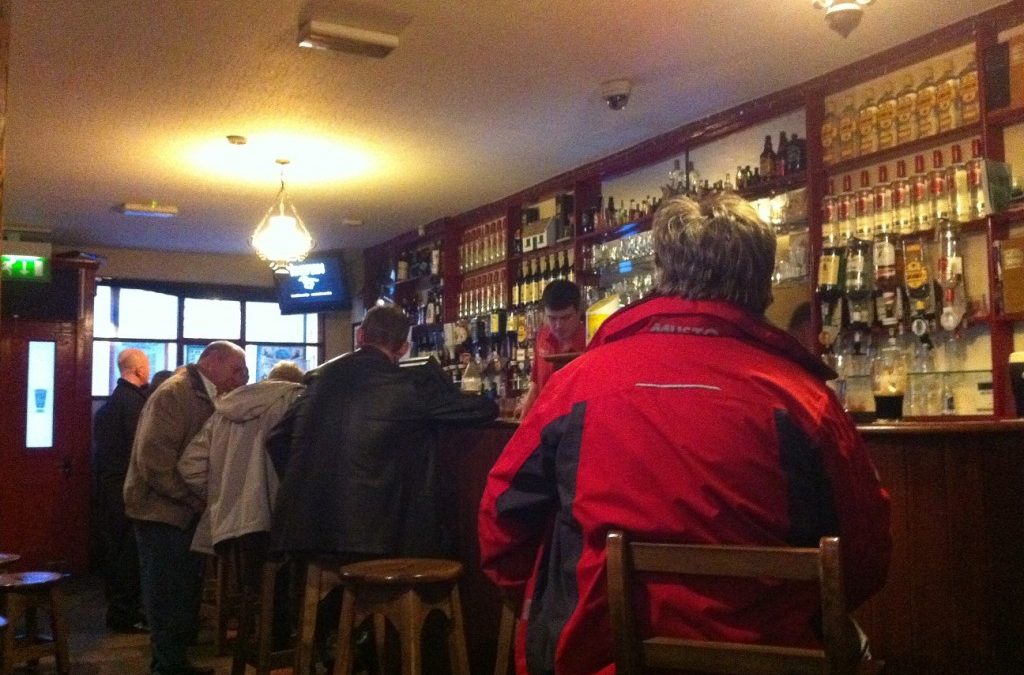 Naturally, my bias ensures that 5 of these 11 great West of Ireland pubs are located in Mayo, but what else would you expect?

The Irish pub can be such an alien concept to continental Europeans, especially the southern French I know best, that I always have to make it my business to at least get them in the door to experience what it is all about. I’ve seen reactions vary from wide-eyed wonder, delight and glee, to disbelief, shock and discomfort at the crowds and noise. Watching what happens when people don’t find a place to sit down is always a source of amusement. Some don’t know how to react and beat a hasty retreat (needing to be gently, sometimes forcibly, coaxed back in), while others just dive in and enjoy the experience. It takes all sorts, as they say!

Of course, many foreign guests also need to be gently informed that it’s expected of them that they buy a drink … Yes, the clichés are true : (Southern) French groups will sit in a pub and barely buy one drink among them, let alone one each, unless “instructed” to do so.

So here is a selection of 11 of the finest establishments from around the province of Connacht. They’re in no particular order, not even alphabetic!

Certainly among the best small town pubs in the province, this is just a legendary place and one where you’ll feel comfortable at all times of the day or night. Sit up at the bar. As they say of The Lobster Pot, “you can get in, but you can’t get out”! Here they are on Facebook. 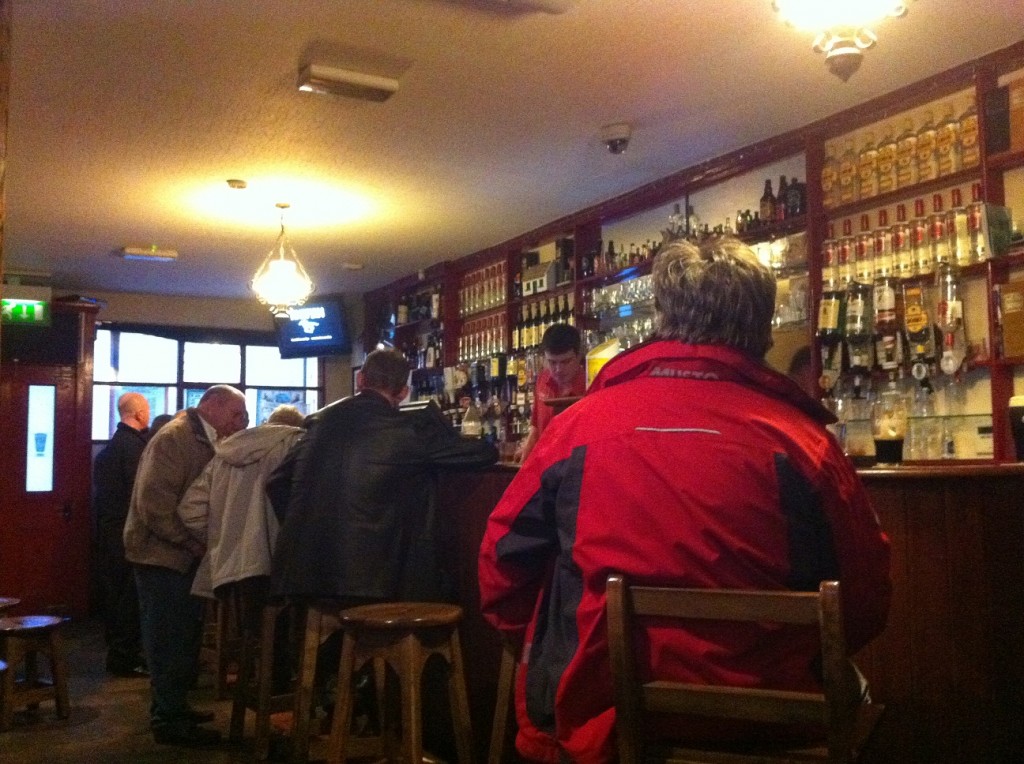 A few years back, this place was on its last legs. It was always totally down-to-earth (still is), but now it’s buzzing and full of far-end-of-earth life. This quintessential isolated, coastal West of Ireland pub is 25km beyond Belmullet (Béal an Mhuirthead). Visit their Facebook page. 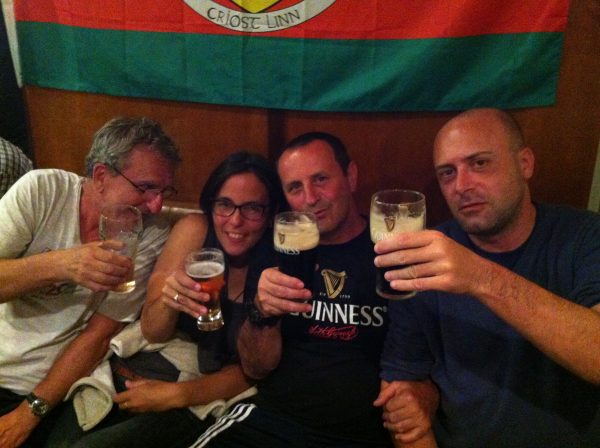 A beautiful pub, filled with the ordinary, lovely, decent people of Roscommon. Visit their Facebook page. 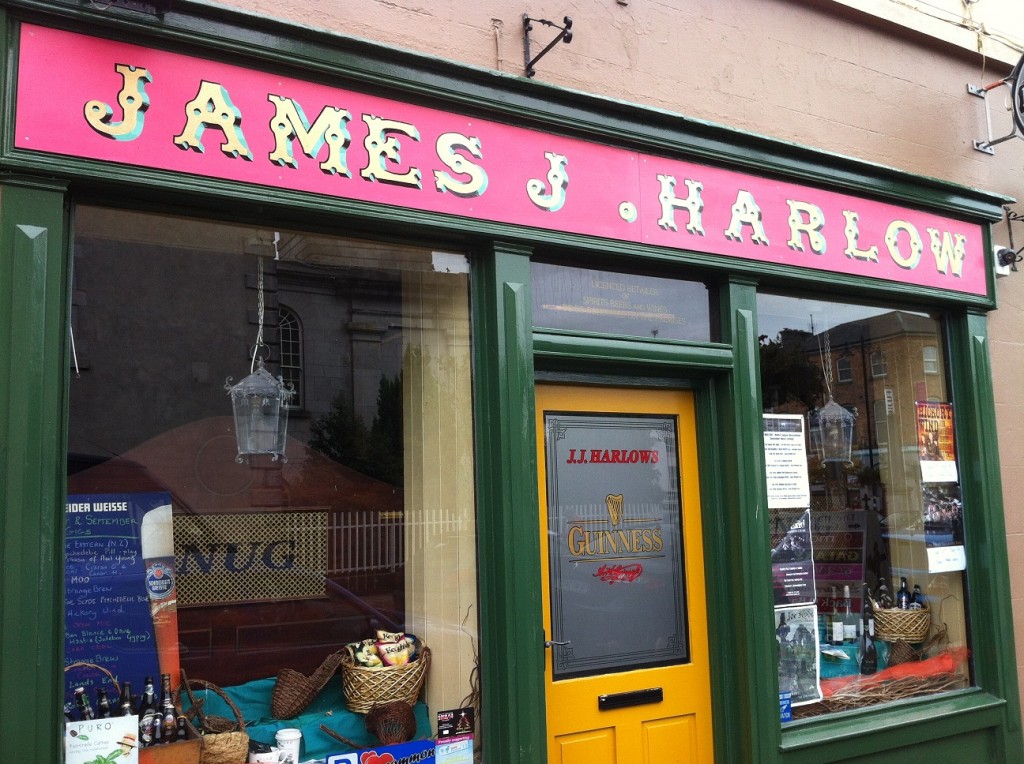 Reputedly the oldest pub in Ireland, you’ll get a crick in your neck from looking at all the stuff on the walls and ceiling. When my late father had a boat on the Shannon, he used to record the number of paces from his mooring spot to Seán’s in his “captain’s log”. A really brilliant pub. Here’s Seán’s Facebook page. 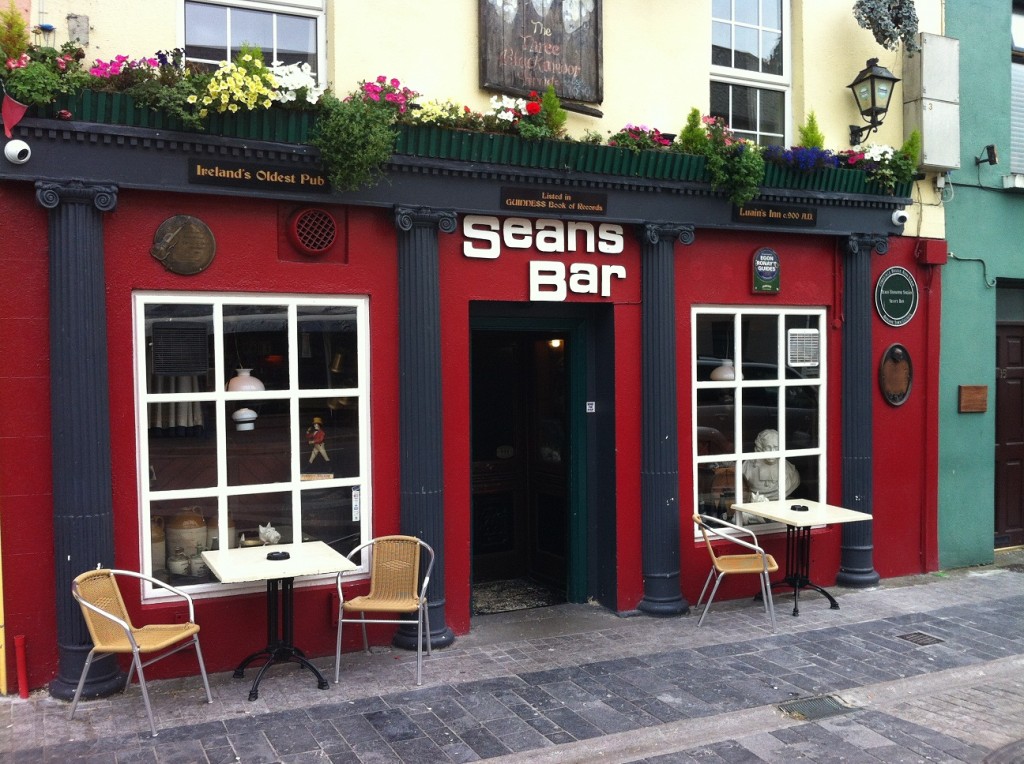 Seán’s, Connacht side of the River Shannon, Athlone

Possibly the most beautiful city pub in all of Ireland, this is where the heart of Galway city beats strongest. Its range of Irish craft beers is very impressive indeed.  A truly wonderful pub full of character, they are on Facebook. 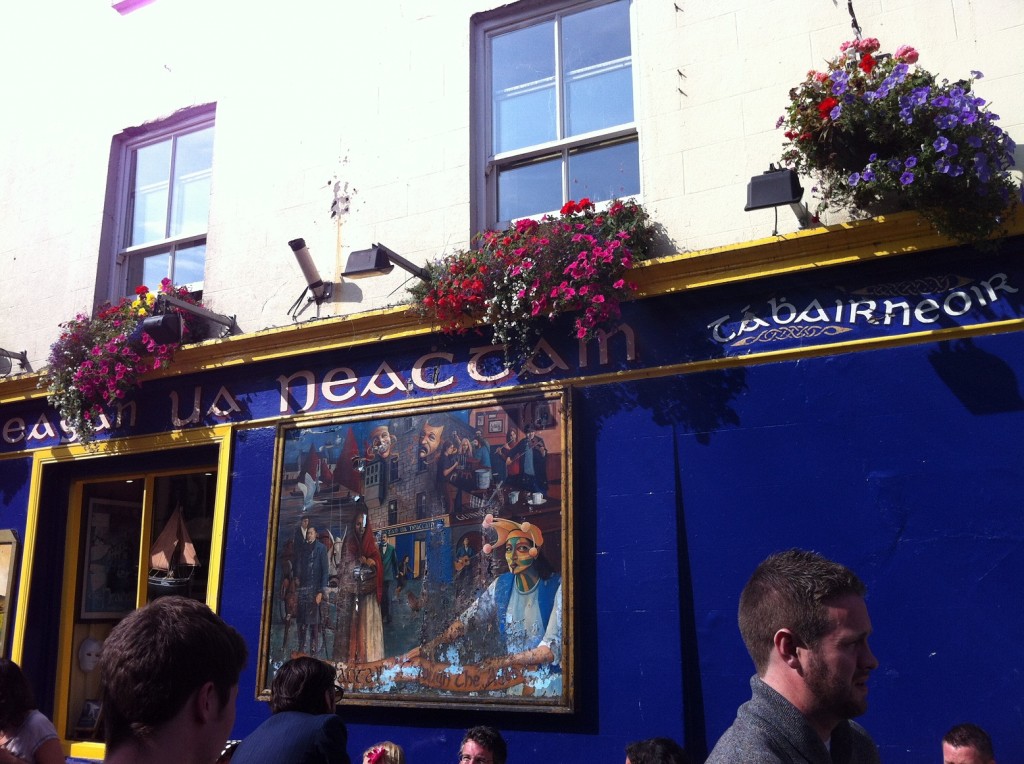 Some might frown at all the tourists, but this is just a fantastic pub, especially when there’s a proper trad music session going on, which is virtually every night. Perhaps the most famous of all West of Ireland pubs. Visit their Facebook Page. 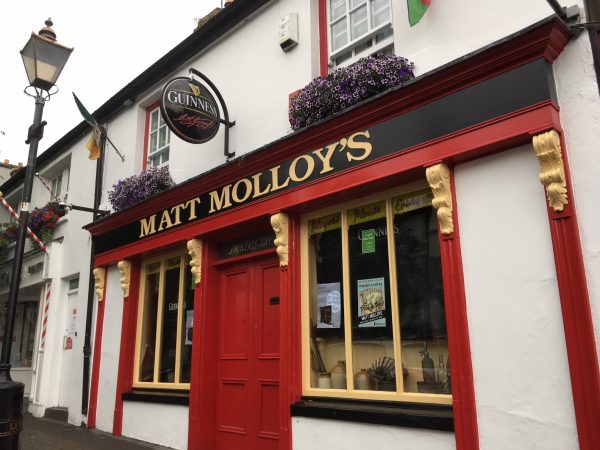 A pure legend of a place, down by the sea. I could tell you where it is, but I’d have to sh**t you. Find them on Facebook. 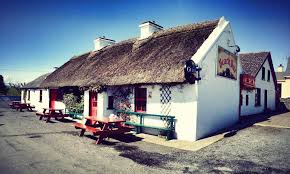 The Beach Bar, Co. Sligo (their own pic)

Located a little outside the main village of Cill Rónáin, Watty’s is well worth the short stroll. While not necessarily the most attractive pub, there’s always a great atmosphere in this place. As well as islanders, you’ll meet revellers from all corners of the globe in this spot. Tí Jo Watty is on Facebook. 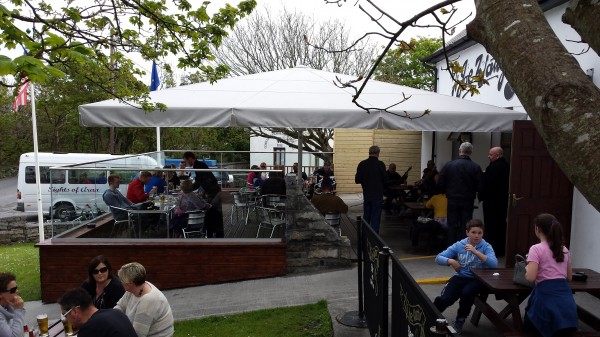 Castlebar’s finest pub is old, unique and very relaxing. Johnny’s is on Facebook. 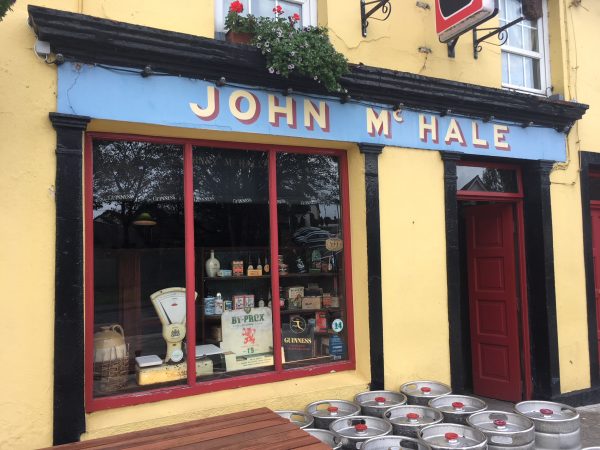 In this day and age, with drink-driving a serious no-no (thankfully), it’s a wonder this remarkable tiny middle-of-nowhere pub manages to stay open. The fact that it’s a Mayo institution helps. This ridiculously small pub is located between Cashel and Bunnacurry, on the lhs as you drive west. Blink and you’ll miss it.  I don’t think Lynott’s has any online presence. 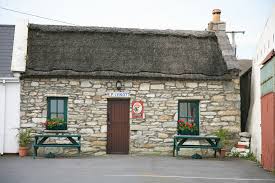 11. Anderson’s Thatch, near Carrick on Shannon

It is remarkable and wonderful that this small rural, north Roscommon pub has survived. It’s beautiful from the outside and beautiful on the inside. As with Lynott’s above, just make sure you have a designated driver. Here’s the pub’s Facebook Page. 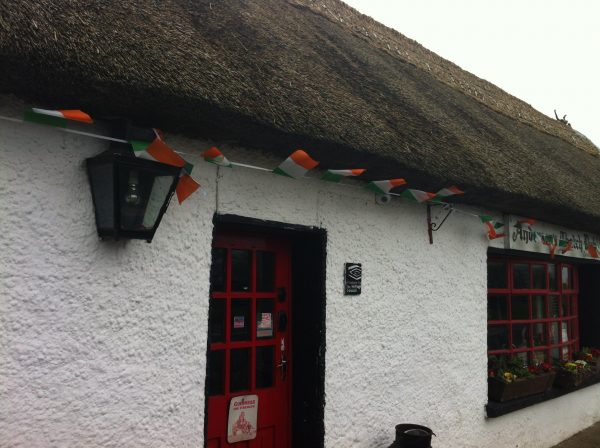 Anderson’s, between Carrick on Shannon and Elphin

Of course, there are many other great West of Ireland pubs over here in Connacht and I’m not even claiming these 11 are the finest. And lists like these cause arguments in, er, pubs … But great examples these are, for sure. Which other ones would you suggest? If you have pubs to propose, please include photos with your suggestions.