Glinsk on the North Mayo Coastline

Walking the little hill of Glinsk in North Mayo is fabulous. This is, after all, one of the least populated parts of Ireland. Sure, there are settlements, like the large town of Ballina and several smaller towns and villages, such as Crossmolina, Belmullet, Ballycastle and Bangor Erris. But across large swathes of this boggy land, the only clearly visible living things are the countless plantation conifers that blanket the landscape.

Up on the stunning coastline, northwest of Belderg and northeast of Glenamoy, the four humps of Glinsk, Tawnaghbeg, Tawnaghmore and Geevraun raise their heads above the surrounding bog. But only just. 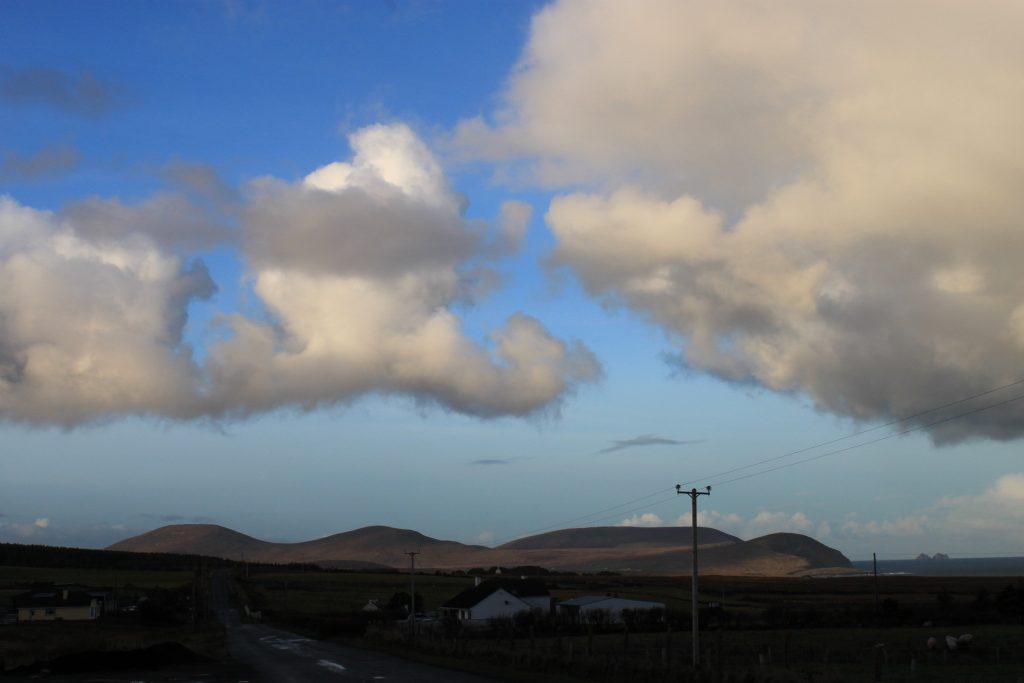 Glinsk lies a little north of the Tawnaghs, hugging the sea. With 270m cliffs falling away, most impressively to its northeast, this little 304m mountain is deserving of a good day’s walking. The twin Tawnaghs, slightly to the south, can be added to make the walk longer.

I approached from Belderg, parking along the track that meanders through the bog and plantation forests between the hills. I headed south over Tawnaghbeg (303m) to Tawnaghmore (the highest of the three, at 340m), before descending to its west. Walking north to Glinsk and down its westward side before returning from west to east along the clifftop track to the car, I had a pleasant day’s hike in the shape of an 8.

The ruined Napoleonic Tower on Glinsk adds a bit of history to the walk. Unfortunately, there’s not much left of it now – barely one wall to 2 metres high. These towers were constructed by the British authorities in the early years of the 19th Century, as look-outs, when they were in fear of another French expeditionary force landing to assist Irish rebellion efforts, as had happened at nearby Killalla during 1798.

This was a strangely situated tower as it was built, not on the ocean-facing northern side of Glinsk’s summit, but on the southern side, below the top of the little plateau. Its view must have been somewhat hindered, limited to looking eastwards towards Downpatrick Head and a bit of the coast line westwards. Straight ahead, to the north, may have been a blind spot. 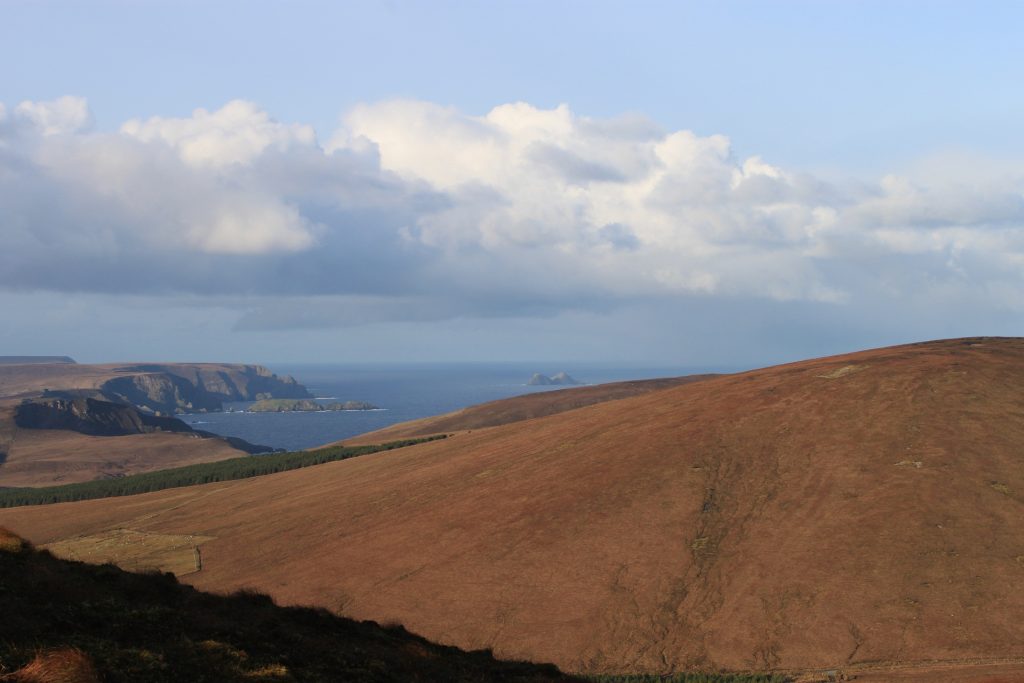 Another piece of local history concerns the mining of copper from a ‘vein’ on the vertiginous north cliffs of Glinsk, during the second half of the 19th Century. A vein of metal ore in the earth is known as a ‘lode’.

Needless to say, the views from Glinsk both eastwards and westwards along the north Mayo coastline are splendid. This is a savage coastline, with superb cliffs, islands, rocks, coves and inlets. At numerous points along, the cliffs fall vertically from heights of over 200m, straight down into the foam below.

North Mayo is a road less travelled and a hill less hiked. It is a vast area of bog and coastline, roughly north and west of Mulranny, Newport, Castlebar and Ballina. Take some time out walking and discover this wild part of the West of Ireland. The rewards are well worth the extra kilometres to get here.

To learn more about what you can do in North Mayo, visit this community website.