The old lighthouse at its northern tip was our target during a day trip over to Clare Island in late summer.

A beautiful day welcomed us to the pier at Roonagh, itself a lovely spot. Had we been a little earlier arriving, with some time to spare, we could have walked the low stony coastline southward from the pier’s carpark, down to the first strand reached, to look out for the seals that often lounge on the partly submerged rocks just off.

But today, our thoughts were on the offshore island lying 5 km to the northwest, guarding the entrance to Clew Bay to its east. Clare Island protects the inner bay, like a large humpbacked sentinel. Its highest point, Knockmore, rises 462 m above the foam below. The island measures around 7 km west to east and a maximum of 4 km north to south.

Our walk took us from the harbour along narrow tarmac roads and gravel tracks up to the lighthouse, perched precariously above impressive cliffs. We lounged around for a while on the very lovely machair grass, taking in some sun and appreciating the views north towards Achill, Corraun and Mulranny. 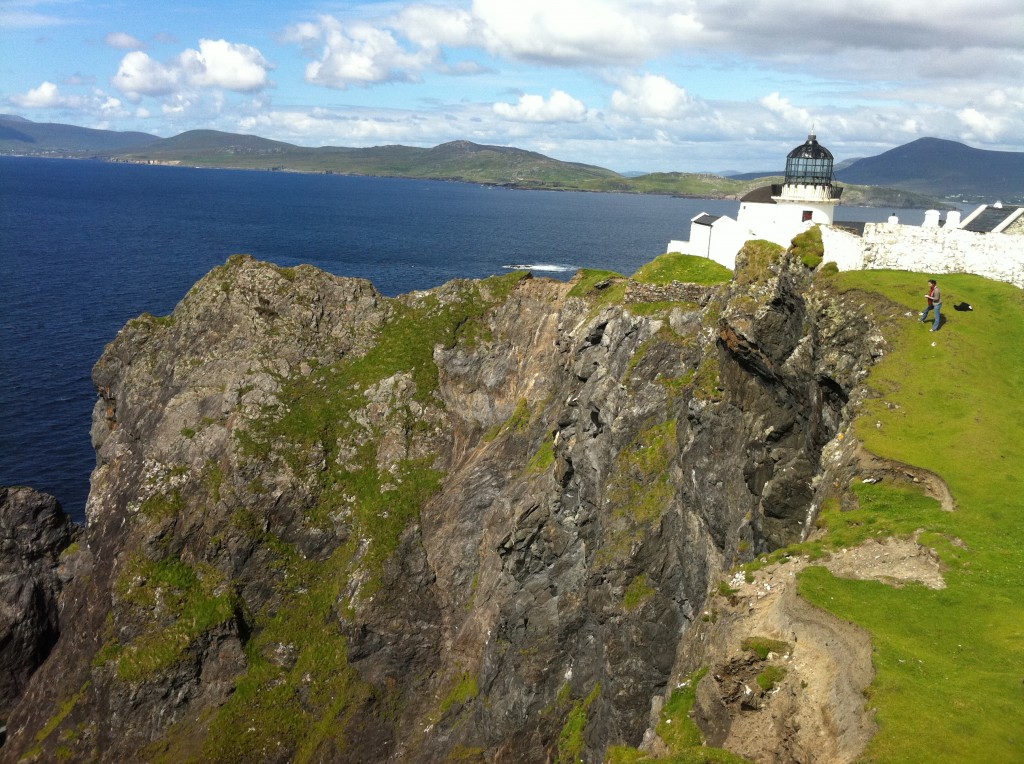 We did not have time on this occasion to head westwards towards the end of the island, its Napoleonic tower and Knockmore. I know from previous visits what a great walk that is.

On our return leg, we tried and failed to locate the fulachta fia marked on a roadside signpost. By the lovely beach, we enjoyed ice creams and beer. I was disappointed, however, to see invasive Gunnera tinctoria that had been treated by spraying. I had believed the efforts to remove Clare Island Gunnera were by the more environmentally sensitive cutting and injecting method, rather than the somewhat more indiscriminate spraying.

Back by the harbour, we visited Gráinne Mhaol’s still reasonably intact tower house. The return ferry trip was just as enjoyable as the earlier crossing. 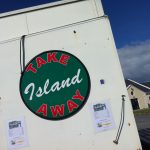 P.S. We were amused by this sign and trust the islanders don’t really feel this way about their lovely home !

Roonagh pier is 29 km west of Westport, through Louisburgh.