Autumn in the West 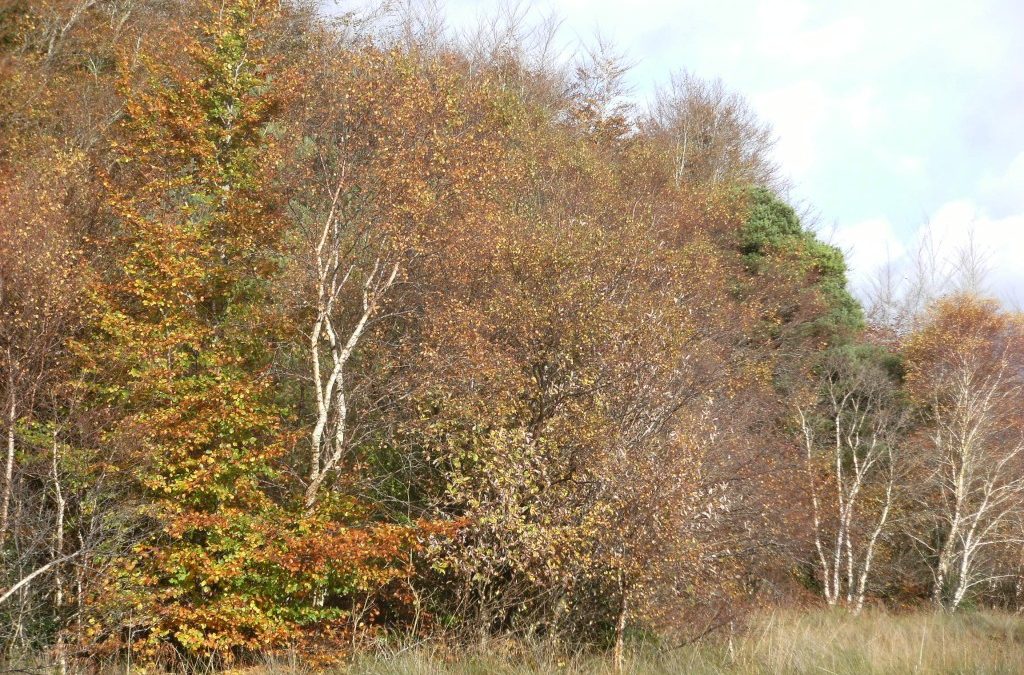 As is my wont when I have a bit of spare time, I recently went to a wood I know near Lough Key Forest Park to look for some deer.

The last time I had been really lucky, spotting four female Fallow Deer. That was back in summer. They were drinking at a little stream. Having quickly noticed my presence, they fled into the surrounding plantation*. 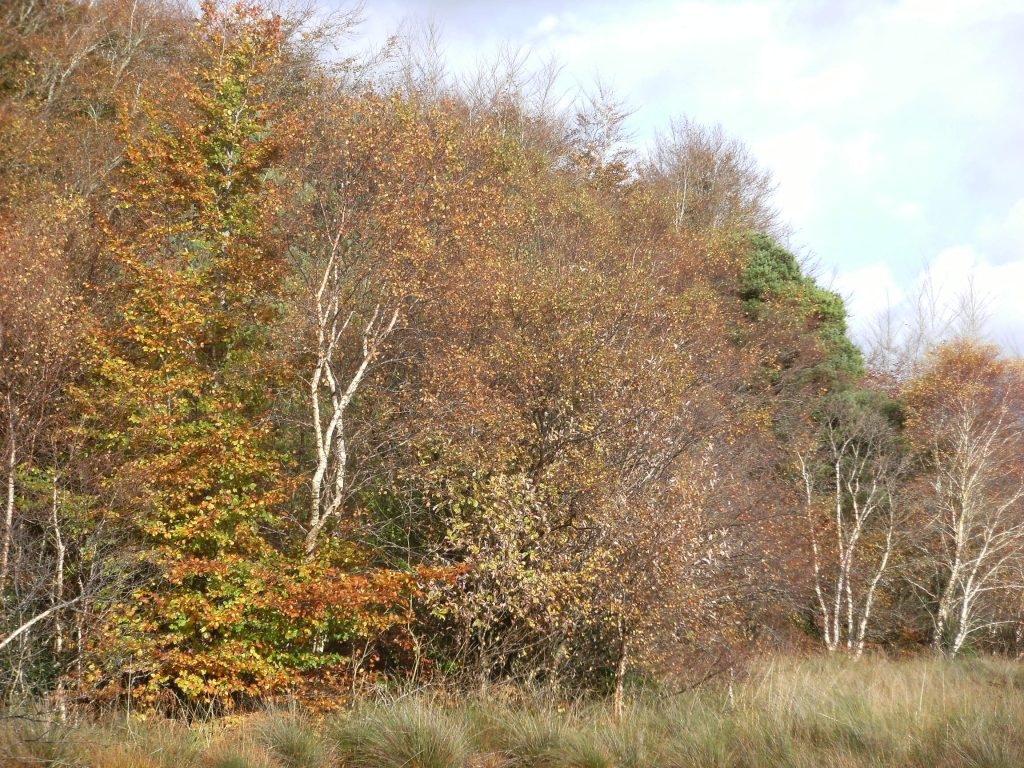 Unfortunately, this autumn visit produced no deer. But just as my time was nearly up, didn’t a gorgeous red squirrel pop out from the undergrowth, no more than four metres from where I was crouched down. He looked at me, paused for a second and then scurried off across the track and disappeared. Thrilled with myself, I was getting up when I heard a ruffle in the trees above me. I looked up and spotted another red jump from one tree to another!

This is a great spot. I enjoy a great peaceful visit each time. Underneath the plantation conifers is a great carpet of mushrooms. The ground is simply covered in, among others, Sickeners, Butter Caps and Common Puffballs.  Under the native deciduous trees, I found Chanterelles, Common Yellow Russulas and slimy Porcelein Fungus, but like all others, I left them there.

There is something very special about autumn. It brings out the child in us. Get out there and enjoy it – even more so if you have children to bring along. We all love kicking up the brown, yellow and reddish leaves that cover the ground at this time of year and, let’s face it, doing so reminds us of being a child. 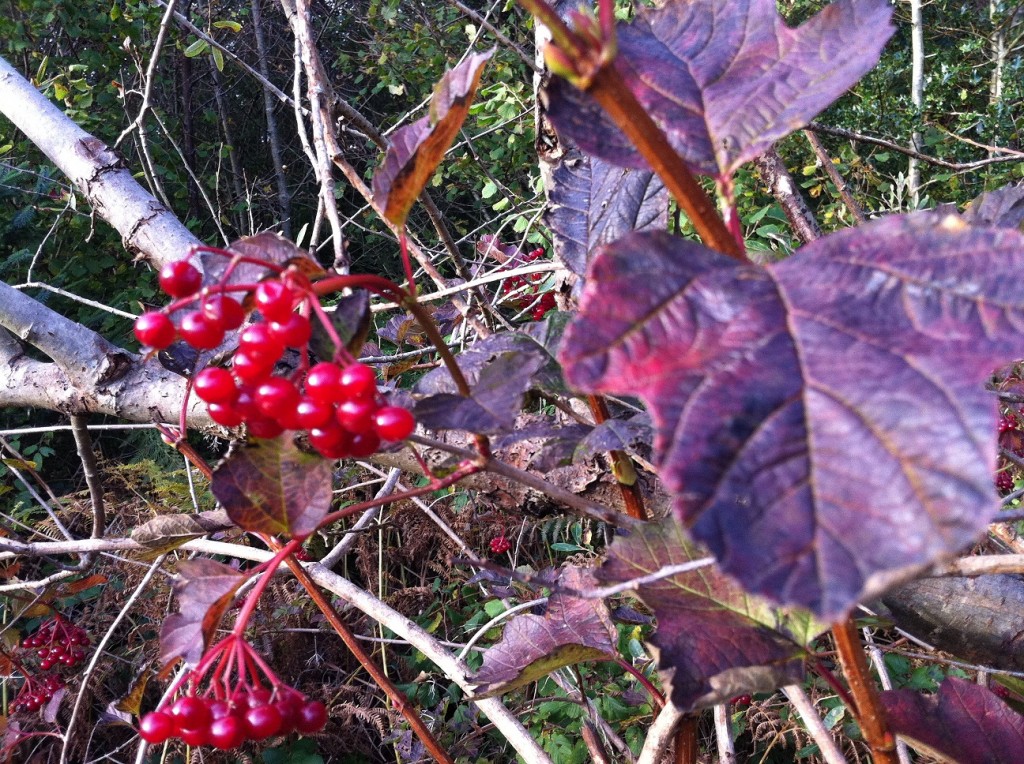 But another great thing about autumn time is the way the birds are much more visible, simply because of that same falling of leaves and the fact that they’ll more readily come to feeders in the garden. I’ll look forward to seeing robin, wren, chaffinch, blue tit, coal tit, great tit, greenfinch, the odd bullfinch and the wonderful blackbird. The blackbirds are very common in our garden, as they jump from ash tree branch to whitethorn top. They’ll happily perch on the outermost branches of the whitethorn, often in pairs, their gorgeous yellow / orange beak and distinctive yellow ring around their eyes clearly visible against the low and pale autumn sun. They’ll sit on the crossbar or upright of my children’s goalposts.

The other day, I noticed two in particular, clearly playing with each other. As one would vacate a certain tree in favour of another, no more than 5 m away, so the second would follow almost immediately. I watched them circumnavigate the garden, in short hops, as if playing ‘follow the leader’ or ‘catch’.

If you don’t have any, do try to put out some bird feeders in your garden. Place them where you can see them, maybe from the dining table. You and your children will enjoy them. Place them far enough away from walls, fences and other high objects, so rats can’t get up them. Perhaps you’ll even try your hand at photographing garden birds during their autumn and winter visits.

Plantation * : Andrew St. Ledger of The Woodland League suggests that we not grace what Coillte and private conifer growers have done to our national landscape with the glorious words “woodland”, “wood” or “forest”.

Autumn in the West of Ireland

I’ve never really bought into the tradition of considering each of the four seasons to last three months. Rather, I’d consider winter in the West of Ireland to last four (November thru February), summer to last three (June, July, August) and spring to run from March thru May. That leaves autumn consisting of just the months of September and October. More appropriate to our climate, I would suggest.